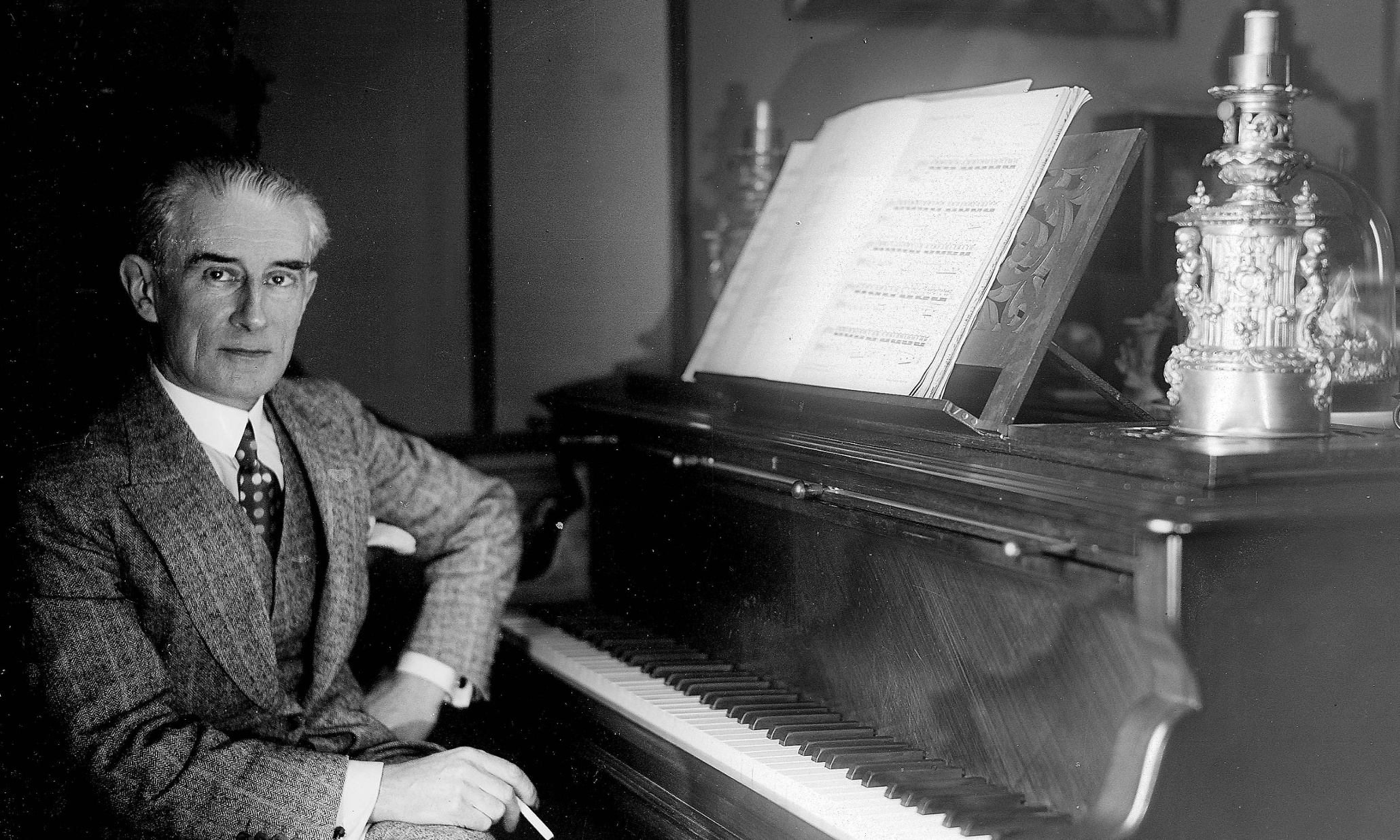 French impressionist composer Maurice Ravel might have been surprised to know that Bolero, which premiered as a ballet score in 1928, would endure as one of the most popular pieces of twentieth century music.  Ravel was a master of orchestration and he considered this piece to be “an experiment in a very special and limited direction” and “orchestral tissue without music.”  Orchestration refers to the combination of instruments that a composer chooses to use.  If you’re interested in learning more about this aspect of composition, watch Leonard Bernstein’s What is Orchestration? from the Young People’s Concerts (Part 1, 2, 3 and 4 where he talks about how Bolero is put together).

In the early decades of the century, amid a rapidly changing world, composers such as Ravel and Claude Debussy began looking beyond the long dominant Germanic musical tradition, instead finding inspiration in Eastern music and the arrival of Jazz. The result was music that unfolded in a shockingly different way and often resembled the hazy, dreamlike qualities of impressionist painting.

When you sit down to listen, invest about twenty minutes and give the music your full attention.  The piece starts incredibly softly with a snare drum tapping out the rhythm that forms the bedrock of the whole piece.  Listen to the reverberant pizzicatos in the violas and cellos, and later in the harp that forms the next rhythmic layer.  A bolero is a slow Spanish dance with three beats per measure; you will hear this feeling of three in the pizzicato.

Listen to Ravel’s simple but suave melody.  First it appears in single instruments, like the flute and clarinet.  Then Ravel begins mixing instruments and timbres together like a painter mixing colors.  Notice how each instrument has its own unique color and distinctive personality.  Listen to the way a combination of two or more instruments creates a sound that is completely new and unexpected.  Here is a list of all the instruments used at each given moment in Bolero.

As the music unfolds, notice that while the tempo and melody remain the same, there is a gradual transformation taking place.  What’s happening and how is Ravel achieving it?  Is the music altering your perception of time in any way?  Does Ravel have a surprise up his sleeve at the end of the piece and can you tell what it is?

Enjoy the music and, if you feel inspired, leave a comment with your thoughts.