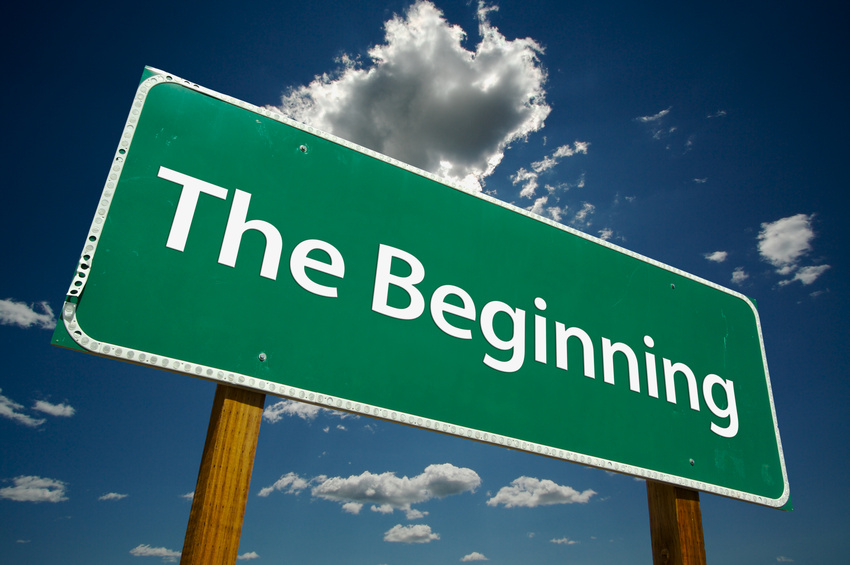 Think about the way your favorite piece begins. From the ferocious opening four notes of Beethoven’s Fifth Symphony, which form the DNA for the entire symphony that follows, to the quiet, mysterious tremolos of Bruckner’s symphonies, to the attention grabbing (and audience quieting) opening fanfares of Rossini’s opera overtures, the way a piece starts tells us a lot about what will follow. As you jump, grudgingly tip toe or stride boldly into 2014, listen to three pieces with uniquely interesting openings:

It’s hard to imagine a more powerful or majestic opening than the beginning of J.S. Bach’s Orchestral Suite No. 4 in D Major, BWV 1069. The first movement is a popular Baroque musical form known as a French overture in which slow, stately music is contrasted with a faster section. This is an opening which demands that you listen. It emphatically celebrates D major, building tension and expectation as it develops. The other movements are rooted in Baroque dances. As you listen enjoy the way the music flows. This would have been popular music in Bach’s time-joyful, sparkling and fun:

You may hear the influence of Beethoven’s teacher, Franz Joseph Haydn in Symphony No. 1 in C Major, Op. 21. At the same time, the young Beethoven’s individual voice is evident. This symphony begins with a question. Listen to the first chord. It seems to be saying, “Where am I?” Can you tell where the music is going next? The chord resolves, but we still feel lost. When and how does the music confidently move forward?

Beethoven starts the last movement with a similar musical joke up his sleeve. After a dramatic opening octave played by the entire orchestra, the music seems as if it isn’t sure what to do next. Beethoven gives us a tentative series of notes…then tries again, adding another…then another…a scale is forming…Then he says, “Oh yes, now I know!” What follows is one of the most enjoyable musical romps ever conceived:

Our final “musical beginning” may be the most famous of all. Richard Strauss (1864-1949) wrote Also sprach Zarathustra (Thus spake Zarathustra) in 1896. The tone poem was inspired by Friedrich Nietzsche’s philosophical treatise. The opening depicts a musical sunrise. We not only hear but feel the pitch C, first as a deep, quietly ominous rumble in organ, basses, and contrabassoon and then expanding to other pitches built on the harmonic series (natural overtones). C, the purest key, with no sharps or flats is fixed in our ears, representing nature throughout Zarathustra. B with its five sharps (as far away from C as you can get, in terms of key relationships) represents the aspirations of man. The rest of the piece is a battle between C and B. Listen carefully at the end. Can you tell which key triumphs?

Here is a great recording by George Solti and the Chicago Symphony:

Did you hear the conflict at the end between B major in the highest instruments and C in the lowest? Nature has the last word, but in the end there is no satisfying resolution. In fact with Zarathustra, Strauss wrote a piece which ends in two keys at the same time. It’s a shocking and almost frightening ending, especially at a time (the late nineteenth century) when tonal relationships were beginning to slip away. In the twentieth century, after being pushed to the breaking point by composers such as Wagner, Strauss and Mahler, tonality would dissolve into the twelve tone rows of Schoenberg, Berg, Webern and others. In twelve tone music there would be no hierarchical relationship between pitches.

Now it’s your turn. Do you have a favorite “musical beginning?” Tell us about it in the comment thread below.

Life without music would be a mistake. -Friedrich Nietzsche