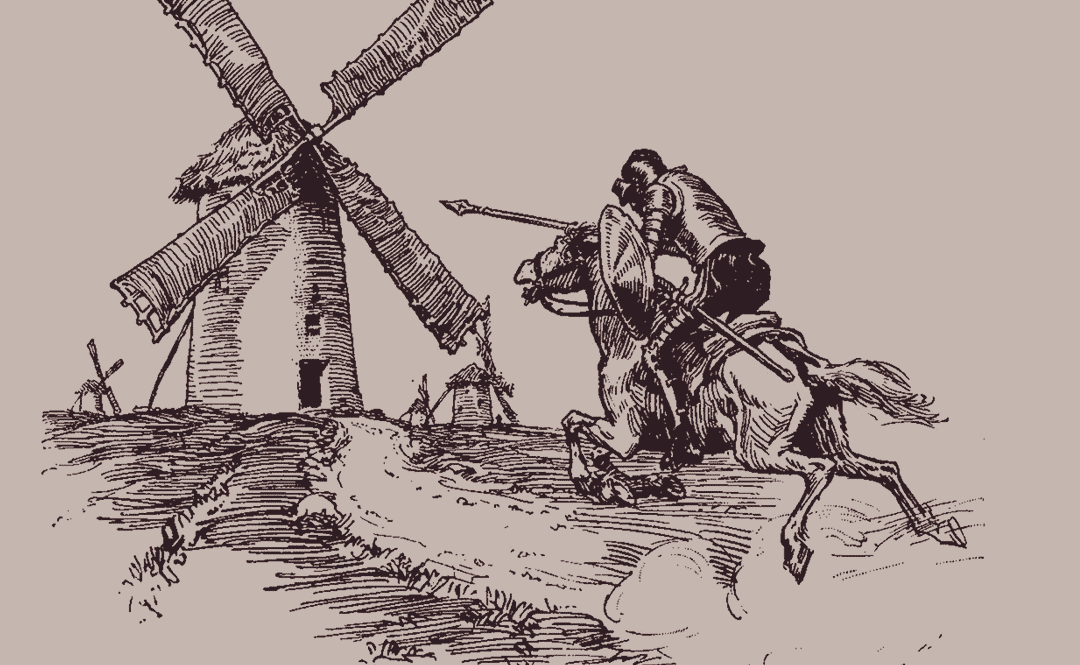 This week my orchestra, the Richmond Symphony, returns to work after a holiday hiatus with Richard Strauss’s tone poem, Don Quixote, Op. 35. Strauss wrote some of the most virtuosic and technically demanding orchestra repertoire and this program is a great way to get back into the swing of the season.

Richard Strauss was a master of programatic tone poems, music inspired by a story. In Don Quixote, a series of variations depict scenes from Miguel de Cervantes’s Don Quixote de la Mancha. A solo cello represents the delusional Don Quixote who inhabits a world of knights and chivalry, hundreds of years after their existence, and fights noble but imaginary battles against giants and windmills. In his visions, Don Quixote defends the honor and earns the love of the beautiful Dulcinea. The solo viola, tenor tuba and bass clarinet depict Don Quixote’s comic sidekick, Sancho Panza.

Don Quixote is a powerful and fascinating character partly because of his mixture of delusion and nobility. He would seem pathetic if it were not for his earnestness and transcendent idealism. Strauss’s music captures these paradoxes.

Let’s listen to a great recording by David Zinman and the Tonhalle Orchestra of Zurich. Can you hear Don Quixote’s good-natured insanity in the opening? Musically, a sense of mental instability is reflected in phrases which suddenly and happily end in new and distant keys (0:27). Trumpet fanfares (around 1:58, and later in the fatal duel in Variation X) suggest medieval exploits. Notice sound effects, such as brass flutter tonguing (11:12), suggesting a flock of sheep which Don Quixote sees as an advancing army. The dissonances we hear in moments like this anticipate the sound world of twentieth century music. In the third variation, the dialogue between the cello (Don Quixote) and the viola (Sancho) is almost like an opera without words. At 15:43 Don Quixote angrily interrupts Sancho’s mindless chatter and changes the subject to the glories of knighthood (16:10).

Throughout the piece, listen to Strauss’s dense and complex layers of counterpoint (melodic material occurring simultaneously). At times, such as Variation VII, layers of background sound, including a wind machine in the percussion, combine to create strange new and unexpected sonorities.

As an orchestral showpiece, Don Quixote demonstrates the wide ranging color palate of a full orchestra. The emotional impact of Strauss’s programatic music comes not as much from the literal representation of the plot as from metaphor and a range of feelings which cannot be put into words. Leonard Bernstein makes this point, discussing Don Quixote in his New York Philharmonic Young People’s Concert, What Does Music Mean?

For me, one of the most extraordinary moments comes at the end of the piece when Don Quixote draws his last breath (the downward cello glissando at 40:35). The final two chords which follow are dominated by the bright, sparkly sounds of the upper woodwinds. The eternal spirit of Don Quixote, perfectly summed up in these two chords, has the final word.