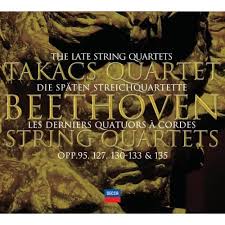 The greatest composers serve as visionaries and prophets, giving us a glimpse at a higher reality. Looking back through music history, many composers seem to have experienced a sharpening of this sense of vision in the final years of life. The Ninth and final symphonies of Mahler and Bruckner are filled with mystery, foreboding and spirituality. The first movement of Bruckner’s Ninth is marked “Feierlich“ (Solemn) and ” misterioso.” Schubert’s Ninth Symphony, “The Great”, is a sublime Romantic statement which, in scale, eclipses all of his previous classical symphonies. In his book, Free Play: The Power of Improvisation in Life and the Arts, Stephen Nachmanovitch writes about late Mozart:

In creative work we play undisguisedly with the fleetingness of our life, with some awareness of our own death. Listen to Mozart’s later music-you hear all its lightness, energy, transparency, and good humor, yet you also hear the breath of ghosts blowing through it. Death and life came to be that close for him. It was the completeness and intensity with which both primal forces met and fused in him, and his freedom to play with those forces, that mad Mozart the supreme artist he was.

Beethoven’s Ninth Symphony, with its use of chorus and solo voices, redefined the symphony and set a monumental and intimidating example for composers who followed.

Equally interesting is the music Beethoven wrote after the Ninth Symphony: the Late String Quartets (Op. 127-135) which remain some of the most mysterious and profound music ever conceived. This music is so far out that, at times, you might swear that you’re listening to something from the twentieth century. Let’s listen to the Takacs Quartet performing Beethoven’s String Quartet No. 15 in A minor, Op. 132:

For me, one of the most amazing aspects of this music is the way it seems fully to transcend style and historical period. There are echoes of the Ninth Symphony, especially in the operatic, “wordless” violin recitative which forms the bridge between the fourth and fifth movements (36:10). In the final movement of the Ninth, Beethoven quotes the themes of each preceding movement, musically rejecting each and moving forward with the transcendental “Ode to Joy.” In a similar way, with these quartets, Beethoven moves past all of his earlier works into strange, new musical territory.

Go back and listen to the third movement (17:24) one more time. Having recovered from a serious illness, Beethoven titled this movement “A Convalescent’s Holy Song of Thanksgiving to the Divinity, in the Lydian Mode.” The music abruptly alternates between slow, chorale like sections in modal F and faster sections (“with renewed strength”) in D. At times there is an almost child-like playfulness. It’s powerful music which goes beyond words.

Here is the Takacs Quartet performing the mind-blowing Great Fugue, Op. 133. Beethoven originally intended it to be the final movement of Quartet No. 13. He ended up replacing it with another movement. After you listen, you’ll probably get a sense of why this intense music had to stand alone. Listen to the complex imitative counterpoint. What do you think Beethoven is saying with this music?