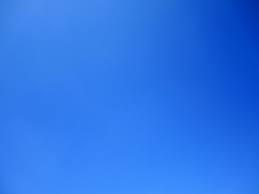 As a followup to last Wednesday’s post, here is another exuberant slice of musical postmodernism by American composer Michael Torke (b. 1961).

Bright Blue Music (1985) is a celebration of one of the most basic and fundamental building blocks of tonal music: the pull of the V chord (the dominant) back home to I (tonic). Throughout the twentieth century many composers avoided tonal relationships altogether, which makes the opening of Bright Blue Music, with its conventional dominant-tonic resolution, particularly shocking. Keep listening, and you’ll hear that this music takes great joy in prolonging the dominant, increasing tension and listener anticipation. For all of Bright Blue Music’s fun-loving bombast, the final, lasting resolution comes at one of the piece’s most intimate moments. A few bars later, the final chord evaporates into a surprise afterglow, heard in the woodwinds and string harmonics.

Despite an outward feeling of motion and development, in many ways Bright Blue Music stays in one place. It’s obsessed with a simple, ascending four note motive, which pops up in unexpected places (listen carefully at 2:25). The entire piece is in D major. Torke describes his series of “color” pieces:

you start by establishing a “room.” Then you move out of that room into different musical spaces. But in writing the color music, I wondered what would happen if I just stayed in one room and didn’t leave it. I thought, what happens in life when you don’t want to leave a room? When you go to a really great party, for example, you don’t want to leave—you want to stay and celebrate that room. So I decided to do a composition in the “room” of E-major—which is a powerful green—and to celebrate that bright green “room” for all it was worth.

Inspired by Wittgenstein’s idea that meaning is not in words themselves, but in the grammar of the words used, I conceived of a parallel in musical terms: harmonies in themselves do not contain meaning; rather, musical meaning results only from the way harmonies are used. Harmonic language is then, in a sense, inconsequential. If the choice of harmony is arbitrary, why not use the simplest, most direct, and (for me) most pleasureable: I and V chords; tonic and dominant. Once this decision was made and put in the back of my mind, an unexpected freedom of expression followed. With the simplest means, my musical emotions and impulses were free to guide me. Working was exuberant: I would leave my outdoor studio and the trees and bushes seemed to dance, and the sky seemed a bright blue.

That bright blue color contributed towards the piece’s title, but in conjunction with another personal association. The key of D major, the key of this piece (from which there is no true modulation) has been the color blue for me since I was five years old.

At moments, I hear faint hints of the Spanish flourishes of Manuel de Falla. See if you agree. This is David Zinman and the Baltimore Symphony: