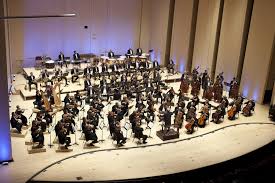 The Atlanta Symphony’s two-month-long lockout ended over the weekend. With the help of federal mediation, musicians ratified a four year contract. The agreement halts ASO management’s attempt to gain “flexibility” by downsizing the orchestra, ensuring a compliment of 88 full time musicians by the contract’s final year. Read this article and visit Drew McManus’ Adaptistration for background and in-depth analysis.

The lockout (the second in Atlanta in two years) has delayed the start of the orchestra’s 70th season and raised questions about the stewardship of the ASO’s parent company, the Woodruff Arts Center. As Atlanta Symphony players scattered across the country to perform as freelancers in other orchestras, the Woodruff Arts Center board remained disturbingly ambivalent about the potential destruction of a world-class orchestra. In a rare and bold move, music director Robert Spano and principal guest conductor Donald Runnicles spoke out about the potential destruction of the orchestra. It will be important for the community to continue to hold the Woodruff leadership accountable.

Mahler in the Mid-90s

In an earlier post, I highlighted a few of the Atlanta Symphony’s excellent recordings. As an addition to that list, here is Yoel Levi’s 1995 recording of Mahler’s Fifth Symphony. The Israeli-born Levi was music director of the ASO from 1988-2000.  The recording highlights the Atlanta Symphony’s trademark refinement and polish. Even in the most powerful fortissimos, the trumpets, trombones and horns remain singing and blended. In the first movement’s funeral march, the whispering strings seem to slowly awaken (1:08). The Telarc label’s microphone placement seems to capture the sound from the perspective of distance, as you would hear it if you were sitting in the hall.