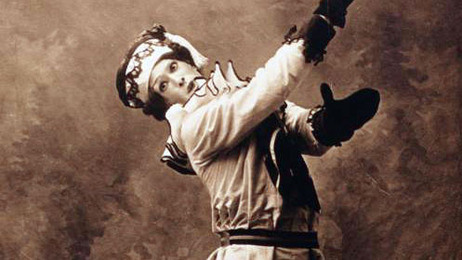 Tricksters relish the disruption of the status quo, turning the Ordinary World into chaos with their quick turns of phrase and physical antics.  Although they may not change during the course of their Journeys, their world and its inhabitants are transformed by their antics.  The Trickster uses laughter [and ridicule] to make characters see the absurdity of the situation, and perhaps force a change.

Petrushka, a centuries-old archetypal character in Russian folk puppetry, is the quintessential trickster. He’s the Russian equivalent of the English puppet, “Punch”-a subversive jester who straddles the comic line between benevolent and aggressive. Petrushka is the clown that makes you slightly uncomfortable.

As Igor Stravinsky’s 1911 ballet began to take shape, he wrote in a letter,

…my Petrushka is turning out each day completely new and there are new disagreeable traits in his character, but he delights me because he is absolutely devoid of hypocrisy.

Throughout the ballet, Stravinsky identifies Petrushka with a distinctive and slightly menacing chord, heard first in the clarinets at this moment. The “Petrushka chord” combines two triads (C major and F-sharp major). Played together, a tritone apart, they clash with striking dissonance. The same chord can be heard in Maurice Ravel’s Jeux d’eau, written ten years earlier in 1901.

Petrushka opens with the bustle of St. Petersburg’s Admiralty Square during the Shrovetide Fair carnival (Mardi Gras). We hear the crowd’s exuberant shouts in Stravinsky’s music, as well as the brief, cranky sounds of an organ grinder. Attention shifts to a puppet theater and a Magician, introduced by mystical and exotic sounds in the bassoon and contrabassoon (beginning around the 5:18 mark in the clip below). Three puppets (Petrushka, the Moor, and the Ballerina) come to life as the Magician touches them with a flute (6:52). Petrushka is in love with the Ballerina. Although she flirts and teases him (11:00-11:42), she only cares for the Moor. In the ballet’s Third Tableau, the imprisoned Petrushka breaks free and jealously attacks the Moor, interrupting his seduction of the Ballerina. The Moor beats Petrushka, who flees. Ultimately, the Moor catches Petrushka, fatally stabbing him as the horrified Shrovetide Fair crowd looks on. A policeman is called and the Magician holds up Petrushka’s “corpse,” showing that it is only a puppet. The crowd disperses and the Magician is left alone on the stage. Suddenly, Petrushka’s ghost appears above the puppet theater. In the ballet’s final bars, we hear the “Petrushka chord” leeringly in the muted trumpets (the passage begins at 33:05). As the immortal spirit of Petrushka has the last laugh, the terrified Magician flees. The line between the perceived illusion of the puppet show and “reality” vanishes.

Chronologically, Petrushka sits squarely between two other monumental ballet scores Stravinsky wrote for Diaghilev’s influential Ballets Russes in Paris: The Firebird (1910) and The Rite of Spring (1913). At moments, Petrushka anticipates the primordial, raw power of the Rite. But listen closely, and you’ll also hear surprising echoes of the music of Nikolai Rimsky-Korsakov and other Russian Romantics (For example, the orchestration and sudden turn to major here and the harmony at this moment).

At times, Petrushka grabs our attention with ostinato passages which are simultaneously static and bursting with activity. For example, listen to the colorful new sonic world we enter at the opening of the Fourth Tableau. This is the moment in the ballet when the action stops briefly as we indulge in a series of dances and, in this case, a celebration of the Russian folk song. The song “Down the Petersky Road” emerges out of the bubbling anticipation of woodwinds in the Wet Nurses’ Dance. Following the Peasant and Bear and the Dance of the Gypsies, comes the mighty Dance of the Coachmen, which culminates in an exhilarating canon between the brass and violins.

Here is the 1947 version of Petrushka with Amsterdam’s Concertgebow Orchestra, conducted by Andris Nelsons. There’s a special “edge of your seat” electricity in this 2011 performance:

2 thoughts on “The Color and Magic of Stravinsky’s Petrushka”