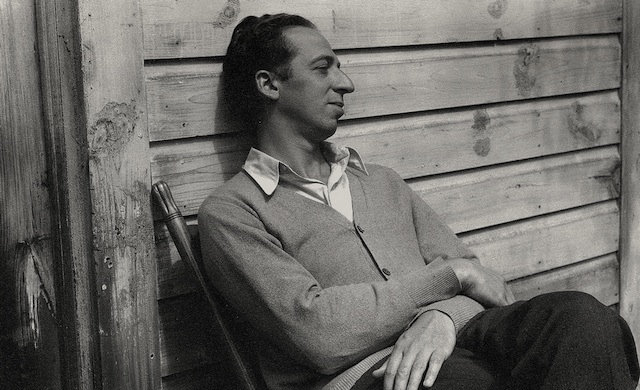 In Aaron Copland’s Music for the Theatre, the ghosts of early American popular music come out to play. Opening with a sharp drumroll and a brash, fanfare-like trumpet announcement, the work’s five movements are filled with jazzy melodies, off-balance rhythms, and Burlesque comedy in the form of “wrong” notes and musical “cat and mouse” games. Written in 1925, Music for the Theatre is scored for chamber orchestra, reveling in the witty, lean sound of a theater pit orchestra. A year earlier, George Gershwin’s Rhapsody in Blue premiered with a similar “theater orchestra” sound.

But in the third movement, simply titled Interlude, which comes midway through the suite, all of the bawdy jokes and colorful Americana melt away and we suddenly find ourselves in a magical dreamscape. The pastoral tones of a solo English horn pull us into this intimate new world. There’s something hypnotic about the slowly descending melody which floats over a glistening, gently rocking vamp. The descending melody repeats, gradually disintegrating. At moments, we get a hint of something dark and slightly ominous.

In many ways, this music gives us the sensation of the thin line between consciousness and sleep. Just as we’re about to drift off into unconsciousness, a musical interruption pulls us back into the moment with a jolt. We get a sense of conversation between the instruments. Around 4:08, the bassoon quietly picks up the trumpet statement we heard in the opening of the first movement.

Here is the Interlude from Copland’s Music for the Theatre, featuring Leonard Bernstein’s 1989 live concert recording with the New York Philharmonic:

Our revels now are ended. These our actors,
As I foretold you, were all spirits, and
Are melted into air, into thin air:
And like the baseless fabric of this vision,
The cloud-capp’d tow’rs, the gorgeous palaces,
The solemn temples, the great globe itself,
Yea, all which it inherit, shall dissolve,
And, like this insubstantial pageant faded,
Leave not a rack behind. We are such stuff
As dreams are made on; and our little life
Is rounded with a sleep.