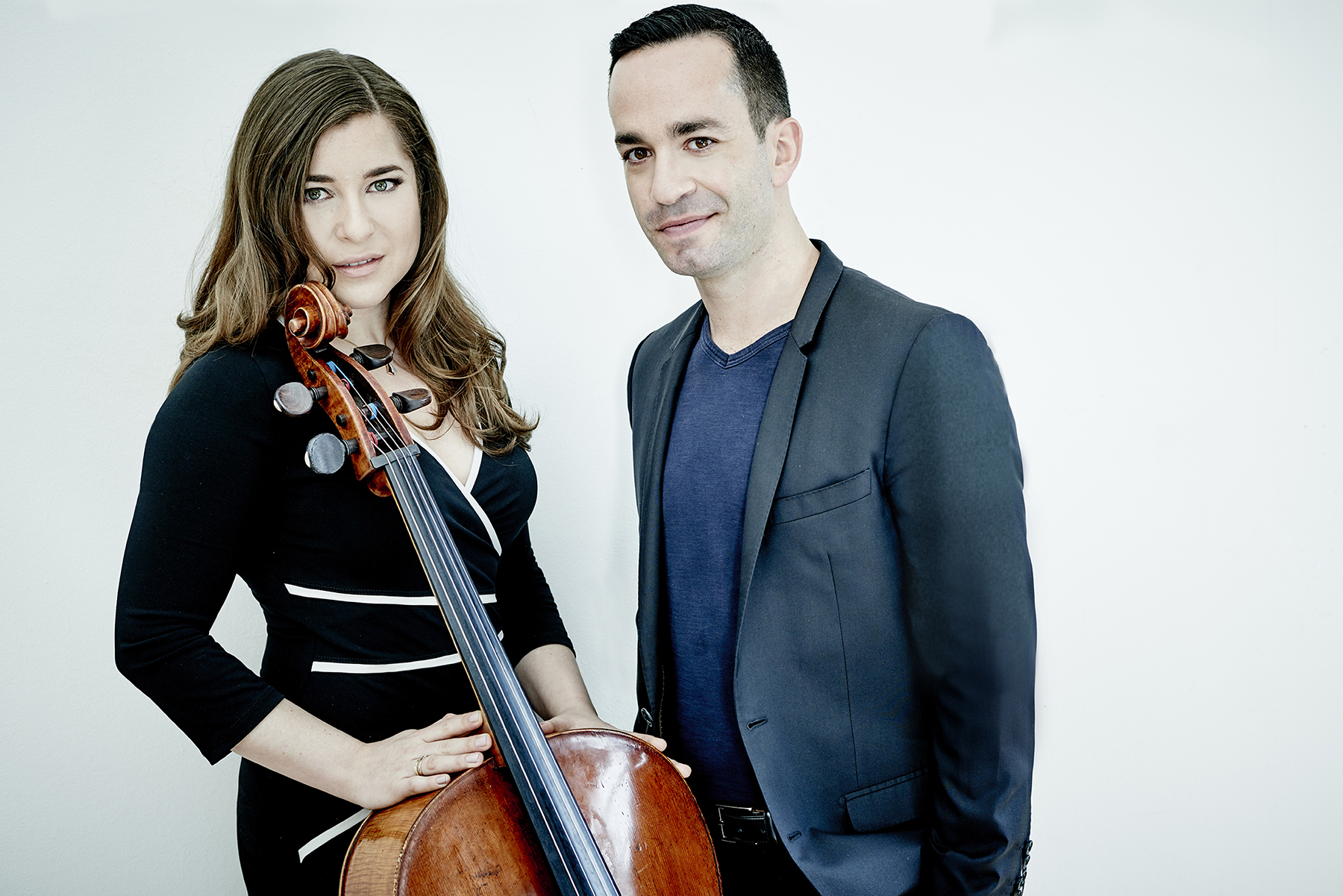 I’ve been listening to a spectacular new recording released last October by cellist Alisa Weilerstein and pianist Inon Barnatan. The disc features two monumental works: Rachmaninov’s heroic Cello Sonata in G minor, Op. 19 and Chopin’s stormy and unrelentingly virtuosic Cello Sonata in G minor, Op. 65. A few shorter works round out the CD: Vocalise, Rachmaninov’s famous song without words, and Chopin’s  Étude, Op. 25, No. 7 and Polonaise Brillante, Op. 3. Although Weilerstein and Barnatan have been performing together for years, this is their debut album as a duo.

Rachmaninov completed the Cello Sonata in 1901, the same year he wrote the Second Piano Concerto. Filled with expansive, sensuous melodies, it’s a dialogue between two equals. The cello and piano passionately embrace one another with an almost symphonic sense of unity. Rachmaninov’s music can give us a feeling of soaring euphoria, as well as an occasional tinge of sadness. Then there are those moments when we experience the most satisfying and grounding sense of resolution imaginable. We hear all of this in the Cello Sonata. The first movement’s second theme seems to foreshadow the opening theme of Rachmaninov’s Third Piano Concerto.

The second movement is a darkly effervescent scherzo, built on a six note descending motive which is playfully tossed between the cello and piano.

The third movement, Andante, keeps us off guard with sudden, magical harmonic turns. From the opening bars, we’re pulled between two contrasting worlds: the dark richness of minor giving way to the sunlight of E-flat major. (Something vaguely similar happens in George Gershwin’s Prelude No. 2, written in 1926). A searching melody develops with gradual persistence, reaching higher before sliding back to the eternal contentment of home. A passionate canonic dialogue unfolds between the cello and piano which eventually leads to two simultaneous melodies. And as the movement makes its final, climactic push upwards, consider all of the expressive power wrapped up in that single surprise chord at 4:30.

Here is the third movement:

The final movement brings the Cello Sonata to a heroic close. Amid a series of far-reaching adventures, we’re left with the lush beauty of this melody.