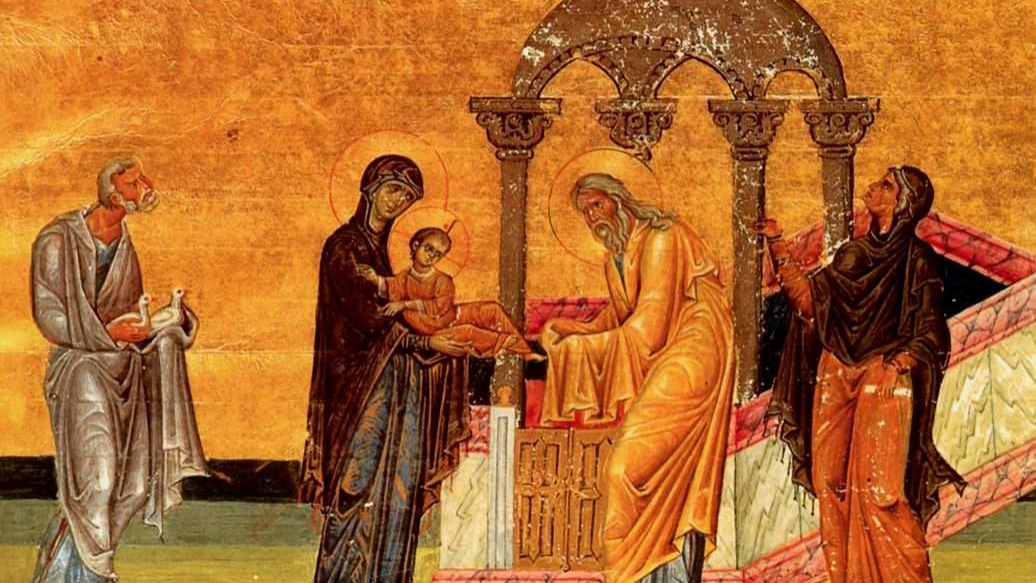 Candlemas, also known as The Feast of the Purification, is observed on or around February 2 on the Christian calendar. It’s a liturgical celebration that has inspired numerous works of art, such as the Byzantine painting above and at least three of J.S. Bach’s cantatas: Erfreute Zeit im neuen Bunde (BWV 83) (1724), Mit Fried und Freud ich fair dahin (BMV 125) (1725), and Ich habe genug (BWV 82) (1727). The last of the three remains the most recorded of all of Bach’s cantatas. It opens with a dark, dreamy aria in which a poignant oboe obligato weaves in and out of the tonal fabric. This richly melancholy work has to be among Bach’s most soulfully expressive.

But let’s rewind two hundred years from J.S. Bach and hear another piece written for Candlemas, Videte miraculum by Thomas Tallis (1505?-1585), one of England’s greatest composers. Tallis’ sensuous six-voice polyphonic texture grows out of plainchant. It floats with the kind of timeless, circular serenity that contemporary composers such as Arvo Pärt have rediscovered. Within this timelessness are occasional moments of powerful, euphoric arrival…or perhaps this music is constantly arriving. Listen to the imitation between voices (in the opening on the word, “miraculum”), the occasional crunching dissonances, and those ethereal moments when the soprano line soars into the highest register.

Five-hundred-year-old music which speaks to us as if it was written yesterday: