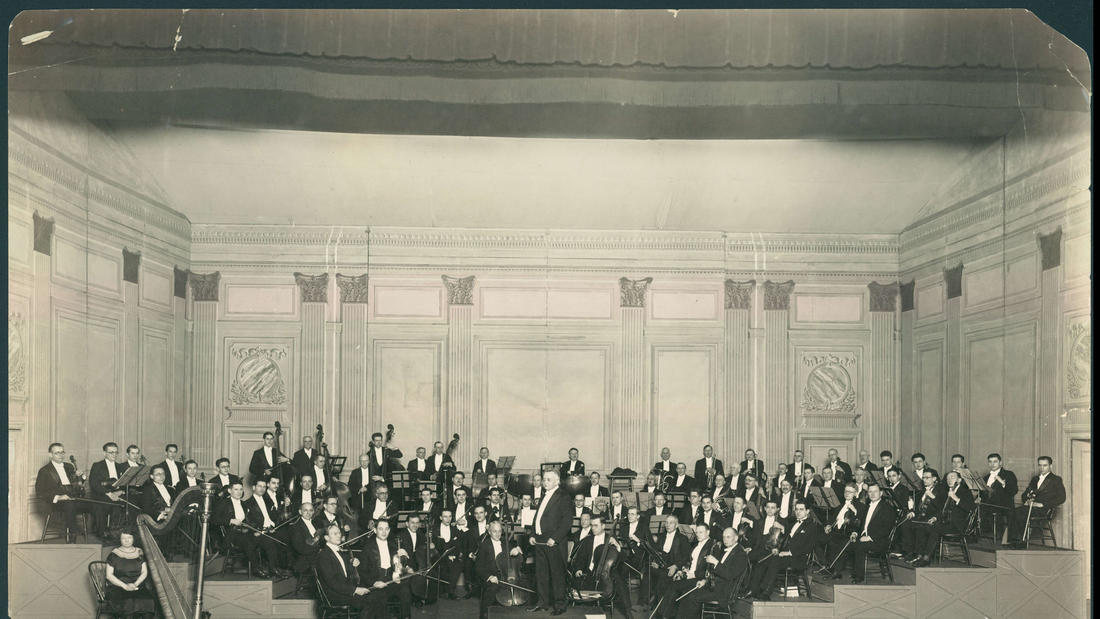 Tomorrow marks the 100th anniversary of the Baltimore Symphony Orchestra. Following a few seasons of informal performances in the 1890s, the orchestra played its first official concert on February 11, 1916. It began as the country’s first municipal orchestra, funded for 26 years by the City of Baltimore. In 1942, the BSO separated from the City to become an independent entity.

Here is a recording of a live performance from 1958 featuring violinist Isaac Stern and the Italian conductor Massimo Freccia. Freccia, who started as an assistant to Arturo Toscanini, was music director of the Baltimore Symphony between 1952 and 1959. Goffredo Petrassi (1904-2003) was one of the most influential Italian composers of the twentieth century. This short piece, Introduction and Allegro for Small Orchestra, hints at neoclassicism, with its walking bass lines and capricious solo lines which converse with the solo violin:

Sergiu Comissiona was music director between 1969 and 1984. Here is his passionate and exhilarating recording of Camille Saint-Saens’ Symphony No. 3 in C Minor, Op., 78, commonly known as the “Organ Symphony.” Here is the conclusion:

David Zinman, music director between 1985 and 1998, recorded extensively with the Baltimore Symphony Orchestra. Many of Zinman’s recordings feature music of contemporary composers such as Michael Torke. A 1995 album entitled Dance Mix includes American music from Bernstein and Adams to Daugherty. Here are dances of a different kind: Rachmaninov’s Symphonic Dances from a 1994 recording:

2 thoughts on “The Baltimore Symphony Turns 100”