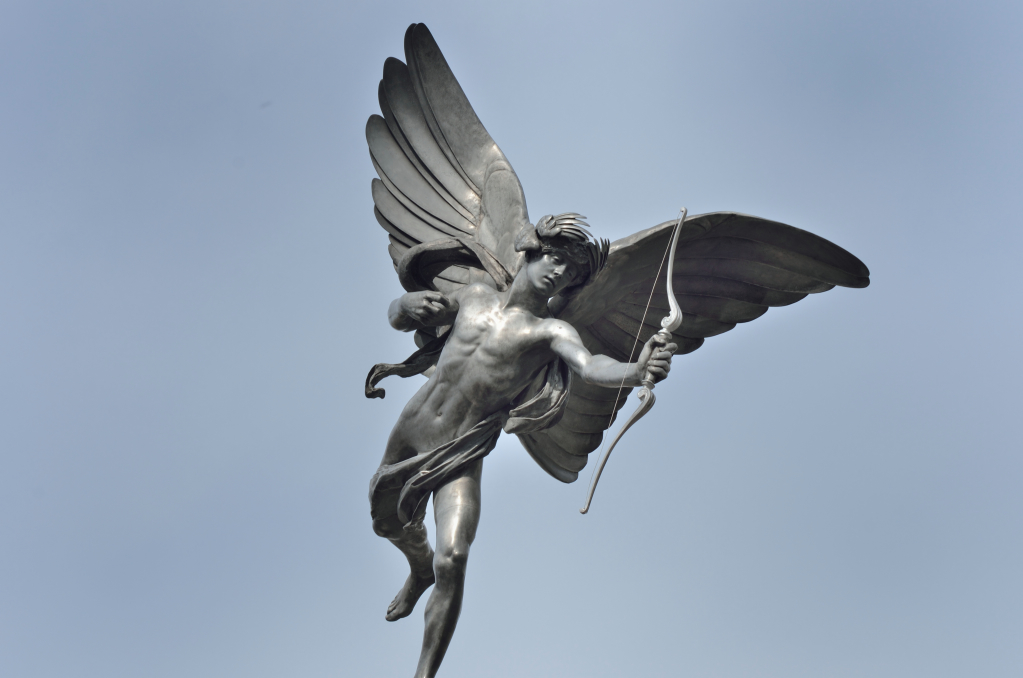 John Adams’ Eros Piano (1989) grew out of a nagging obsession. Adams could not stop listening to riverrun, a 15-minute-long piece written five years earlier in 1984 by Japanese composer Toru Takemitsu (1930-1996). He described the experience of being haunted by Takemitsu’s music, saying, “I…had the response I often do of writing a piece of my own in order to exorcise it.” It’s almost as if riverrun‘s unborn sibling was relentlessly pursuing Adams, demanding to be brought to life.

What resulted was a “sister” composition to riverrun…a lush, sensuously impressionist dreamscape filled with fluid, wide open jazz harmonies. John Adams described it as “a gloss on riverrun,” but other influences are evident. In addition to a hint of Ravel, the music pays homage to the quiet, intimate style of jazz pianist Bill Evans. (Listen to Evans’ mellow 1962 Moon Beams album here).

Eros Piano emerges out of silence with a searching falling third which feels weightlessly suspended in air. A three note motive gradually takes shape as tones blur together in an ambient haze. The tonal center evaporates briefly into runaway open fifths. A few moments later we hear a syrupy, portamento-laden layered string passage that sounds like a vague, distant echo of a 1950s TV show soundtrack. Voices with their distinct personas come alive in the music: the suddenly emotive flute and piano lines followed by a bluesy “yeah, yeah” in this passage. Jazzy coolness gives way to moments of colorful, otherworldly beauty.

Eros Piano floats along like a sonic dream. And then, as with many memorable dreams, there’s that moment at the end when a profound revelation seems tantalizingly within grasp and then evaporates. In Eros Piano this moment is foreshadowed earlier in a passage which occurs around the work’s golden section. In the searching final bars, there’s a hint of something unsettled, perhaps even vaguely ominous as the final tones fade into silence.

Eros Piano is a quiet, dreamy soliloquy for piano, played against a soft, lush fabric of orchestral screens and clusters. It was a direct response on my part to a piece by Toru Takemitsu, riverrun, that I had heard in a performance by the English pianist Paul Crossley. I met Takemitsu once when he visited my home in Berkeley with his wife. At first he struck me as a small, delicate and refined man, guarded and painfully shy. But as the evening wore on I saw him become more relaxed and convivial. An easy effusiveness emerged, revealing a sly, sardonic sense of humor that seemed to know no point of exhaustion, forcing me at 3 AM to beg off and retreat to bed. Among the things we discovered we had in common was a love for the jazz piano style of Bill Evans. I wrote Eros Piano as a tribute to Takemitsu, to Bill Evans, and also to Paul Crossley, whose exquisitly balanced sense of color and attack in music by Debussy, Ravel, Messiaen and Takemitsu reminded me so strongly of that of Bill Evans.

Here is Eros Piano, performed by pianist Paul Crossley and the Orchestra of St. Lukes:

James Joyce’s Finnegans Wake flows in an infinite circle, like water. The beginning is in the end. The first sentence is the end of the last sentence of the book:

riverrun, past Eve and Adam’s, from swerve of shore to bend of bay, brings us by a commodius vicus of recirculation back to Howth Castle and Environs.

Similarly, the end of Takemitsu’s riverrun provides the seed for the opening of Eros Piano. Here is how Takemitsu described the piece:

The music flows in the form of a musical tributary derived from a certain main current, wending its way through the scenery of night towards the sea of tonality…The motif, and the intervals of a major seventh and a minor third, almost like simple symbols, gradually disperse and always give birth to a variety of melodic sub-species. While they sometimes do confront one another, they do not necessarily represent a dialectic development, but continually keep occurring, disappearing and recurring.

riverrun is the last in a series of “water pieces” written by Takemitsu, beginning in 1960. The composer once used the metaphor of water to describe his creative process:

My music and my life form a unity. I feel myself surrounded by a sort of running stream from which I take out ideas that lead to the creation of a work.

Here is a live performance with pianist Cathal Breslin and the RTE Concert Orchestra, conducted by David Brophy: