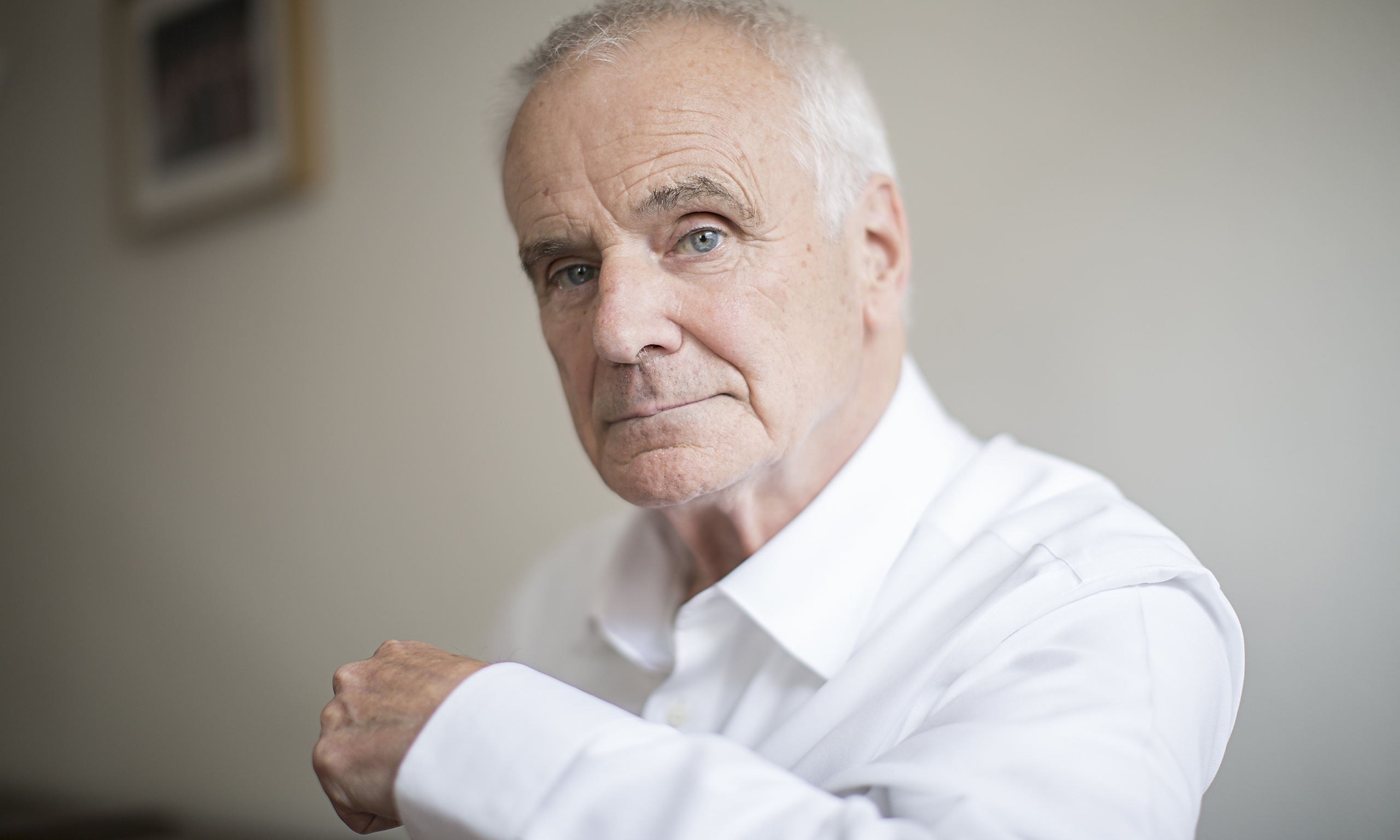 Earlier in the week, the music world lost another original voice. British composer and conductor Sir Peter Maxwell Davies passed away on Monday following a battle with leukemia. He was 81.

A longtime resident of the remote Orkney Islands, Davies was a prolific composer whose works include ten symphonies, chamber music, operas, and concertos. He was an outspoken cultural critic and an advocate for music education, serving as music director at Cirencester Grammar School in his twenties and later contributing numerous pieces written specifically for children. Simon Rattle and the London Symphony will premiere his children’s opera, The Hogboon, in July. In later years, he served as Master of the Queen’s Music.

There’s a theatrical side to many of Peter Maxwell Davies’ works, from the edgy, riot-inducing 1969 theater piece, Eight Songs for a Mad King to the rugged sonic landscape of An Orkney Wedding, with Sunrise (1985), which culminates with the arrival of a Highland bagpiper. Eight Songs for a Mad King and other pieces from the 1960s show Davies as one of the great enfant terribles of English music. In The Rest is Noise: Listening to the Twentieth Century, Alex Ross points out that Davies and fellow composer Harrison Birtwistle “used quotation and pastiche to thumb their noses at the conservatism of the English musical scene.” As Davies matured, his music lost its irreverence and became more colorfully orchestral- perhaps more influenced by the remote Scottish landscape. His Farewell to Stromness, written as a musical protest to uranium mining in the Orkney Islands, finds deep expressive power in the ultimate simplicity.

Much of Peter Maxwell Davies’ sprawling symphonic music unfolds as a dark, slightly unsettling musical stream of consciousness. Ideas emerge and then evaporate, as in a dream. There’s a sense of the vastness of time and space without clear resolution. Davies composed his Tenth and final Symphony in 2013 while undergoing treatment for leukemia. It’s a musical biography of the 17th century Italian baroque architect Francesco Borromini, a subject Davies explored earlier in his Naxos Quartet No. 7. (Davies’ opera, Taverner is rooted similarly in biography, drawing inspiration from the life of the English composer, born around 1490). There’s a passage in the first movement of the Tenth Symphony which vaguely reminds me of Charles Ives’ The Unanswered Question. At moments, this music seems to blend symphony and opera: a baritone soloist sings the “role” of Borromini against the backdrop of a full chorus. While Borromini’s life ended in a painfully drawn out suicide, Davies’ Symphony concludes with the chorus intoning the names of Borromini’s Roman churches. The message seems to be that it’s the work that lives on. In the face of mortality, art is eternal.