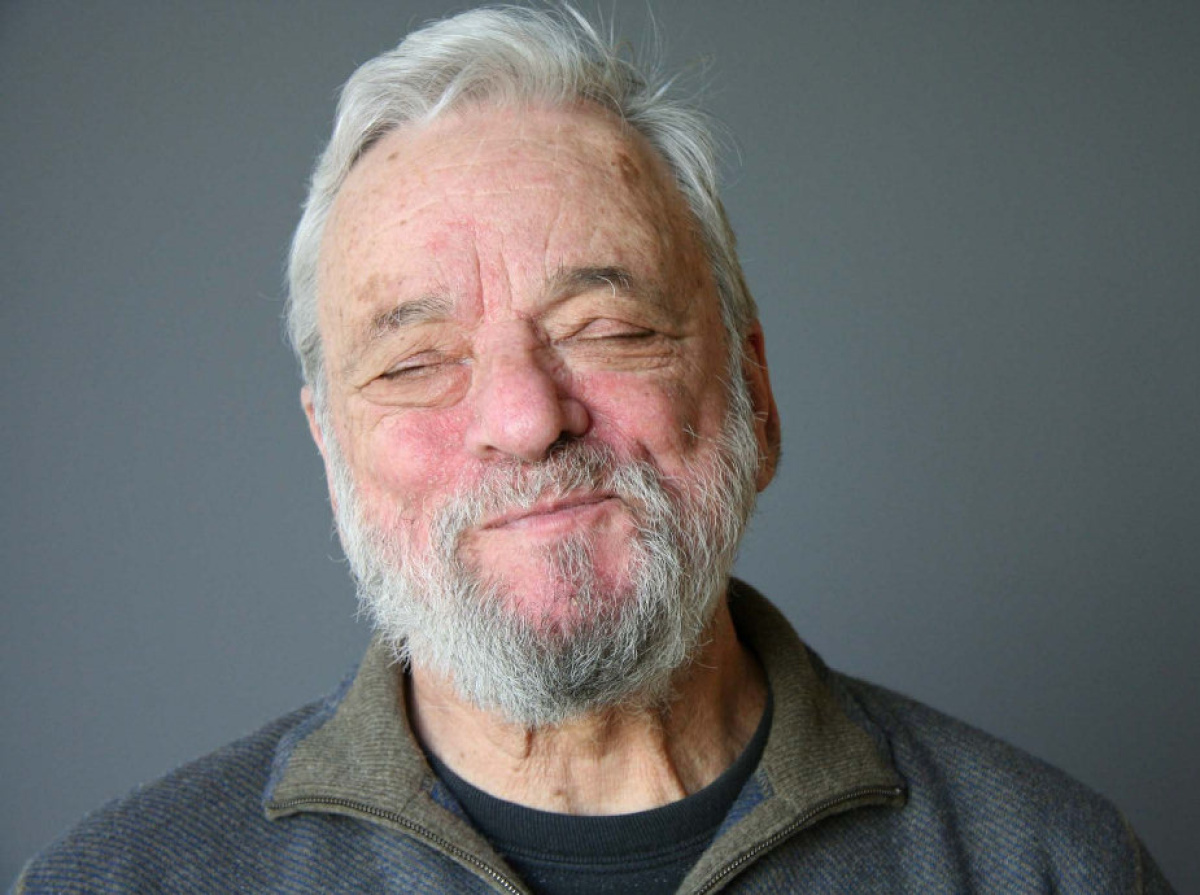 Broadway composer Stephen Sondheim turned 86 yesterday. His contributions include the lyrics for West Side Story (1957) and Gypsy (1959), and music and lyrics for A Little Night Music (1973), Sweeney Todd (1979), Into the Woods (1987), and numerous other groundbreaking shows. His sophisticated, envelope-pushing musicals will almost certainly rank among the Broadway theater’s most enduring works.

Sondheim’s genius has always gone beyond “songwriting” in the Tin Pan Alley (or even Andrew Lloyd Webber) sense. Writing stand-alone commercial hits has never been his objective. Instead, his songs are designed to function within the context of their shows, advancing the plot and subtly developing characters…the culmination of an approach initiated by Rodgers and Hammerstein, beginning with Oklahoma! in 1943. In the early days, Sondheim’s highly motivic scores were proclaimed “tuneless,” a charge he slyly answered in the lyric of the song Opening Doors from Merrily We Roll Along in 1981. (The passage in question ends with a carelessly inaccurate quote of Richard Rodgers’ Some Enchanted Evening, making a particularly sardonic statement).

In light of all this, it’s interesting that pianist Anthony de Mare was recently inspired to commission 36 composers to deconstruct Sondheim’s songs and reassemble them (free of their lyrics and shows) as new, independent pieces. The result was the 2015 album, Liaisons: Re-Imagining Sondheim from The Piano. The composers include Steve Reich, Nico Muhly, Wynton Marsalis, Kenji Bunch, Mason Bates, and Michael Daugherty. Sondheim and Reich have long shared mutual admiration for one another’s work. They appear together in this concert-discussion.

Here are two excerpts from the recording:

Derek Bermel uses Sorry-Grateful from Sondheim’s Company (1970) as the starting point for a jazzy musical dreamscape. Listen to the original song and then listen to de Mare play Bermel’s new piece:

Johanna is from Sondheim’s grizzly musical thriller Sweeney Todd. It’s heard in the first act as a soaring romantic aria sung by the character Anthony as he vows to free Johanna from imprisonment by the lusting Judge Turpin. Later in the act, Johanna is transformed into Turpin’s hellish soliloquy…a deranged nod to Ravel’s La Valse. In the second act, Johanna returns as a quartet between Anthony, Todd, Johanna and Beggar Woman.

Duncan Sheik’s Johanna in Space begins with the clock tower chimes we hear throughout Sweeney Todd: