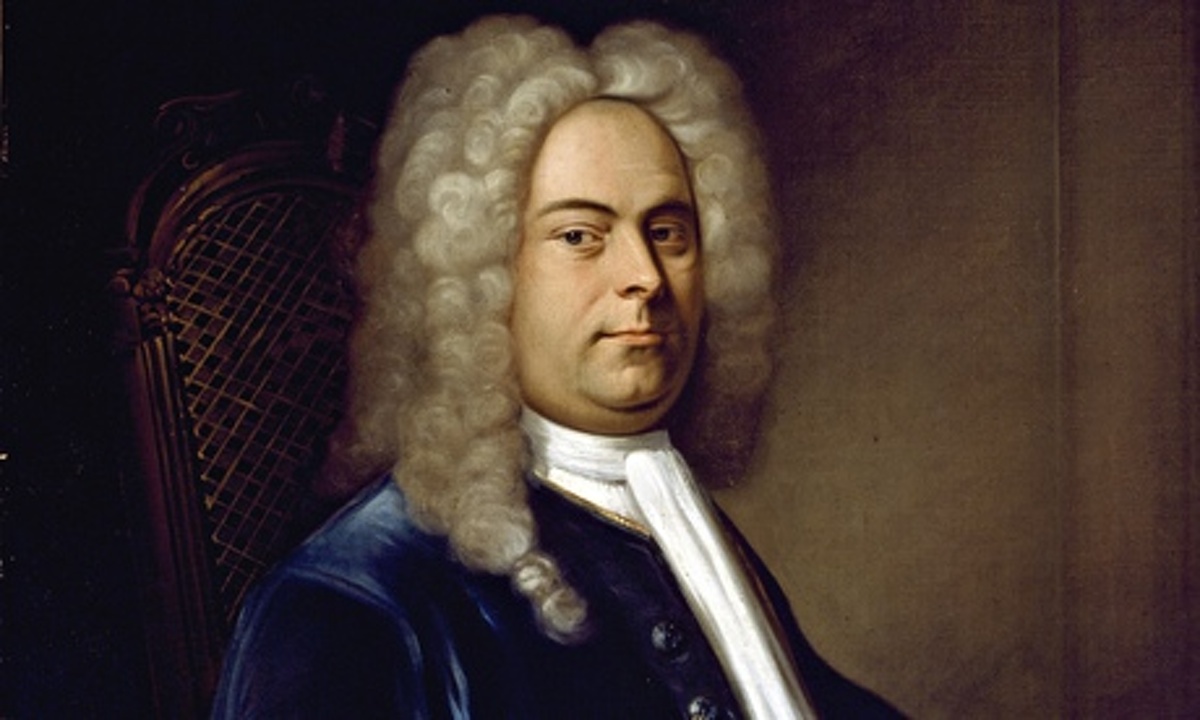 And He shall reign forever and ever…

It’s one of the most recognizable passages in all of music…ten downward-stepping pitches which somehow evoke the ultimate sense of joy and triumph.

The Hallelujah Chorus closes Part II of Messiah, Handel’s most famous oratorio, with a burst of D major combined with trumpets and drums. George II was so moved when he heard the opening introduction that he rose to his feet and remained standing for the entire Chorus. Accordingly, everyone in the King’s presence was required to stand. It’s a tradition which is still observed today as Messiah is performed around the world.

But let’s return to those ten pitches. They found their way into a few significant pieces written long after Messiah. Mendelssohn, Brahms, and Mahler all quoted this motive, either consciously or unconsciously. In each case, the motive represents celebratory joy and triumph.

Listen for Handel’s motive in these three examples:

Felix Mendelssohn wrote the string Octet in E-flat, Op. 20 when he was 16 years old. It’s music which sparkles with youthful vitality. The final movement (Presto) begins as a vivacious growl in the cellos, gradually encompassing the higher instruments. Around 20 seconds in, you’ll hear a truncated quote of Handel’s motive which continues to appear throughout the movement. Listen to the way this motive grows into an eight-part fugue in the middle of the movement. Following the fugue, I love the way the opening theme of the preceding Scherzo suddenly enters out of nowhere (in the “wrong” key), is cut off, and then tries again a half step lower.

Something close to the “and he shall reign” motive bubbles up out of the motivic development of the final movement of Brahms’ Second symphony. Interestingly, the symphony is in D major, the same triumphant key as Handel’s Hallelujah Chorus. We first hear a hint of the motive at the beginning of the movement. Later, it turns into a stormy minor which ends in a haunting passage which briefly stops the movement in its tracks.

Here is the complete final movement:

Do you remember that haunting minor passage in the Brahms? Something remarkably similar opens Mahler’s First Symphony, a piece written in 1887, ten years after Brahms’s Second. Gustav Mahler described the opening of the First Symphony as “Nature’s awakening from the long sleep of winter.” A seven octave deep “A” emerges out of silence, slipping into our consciousness on the level of pure sound. The high harmonics in the violins seem as natural and fundamental as the white noise of insects in a forest. The motive, which forms the bedrock of the symphony, slowly, searchingly takes shape in the woodwinds. Listen to the opening of the Symphony and notice how similar it is to the passage in the final movement of Brahms’ Second.

In the final movement, this open motive returns, transformed into a triumphant D major. As with Mendelssohn’s Octet, there’s a sense of youthful excitement and bravura in the final bars of the First Symphony. We hear the same celebratory trumpets and tympani which round out the Hallelujah Chorus, but the most dramatic statement is reserved for the horns. At a crucial moment, Mahler asks all ten horns to stand for the final statement of the motive. This produces increased volume, but could it also be a subtle nod to the Hallelujah Chorus?

Here are the final moments of Mahler’s First Symphony. Compare this joyfully triumphant motive with Handel’s:

Let’s finish where we began. Here is Handel’s Hallelujah Chorus performed by the English Concert and Choir: