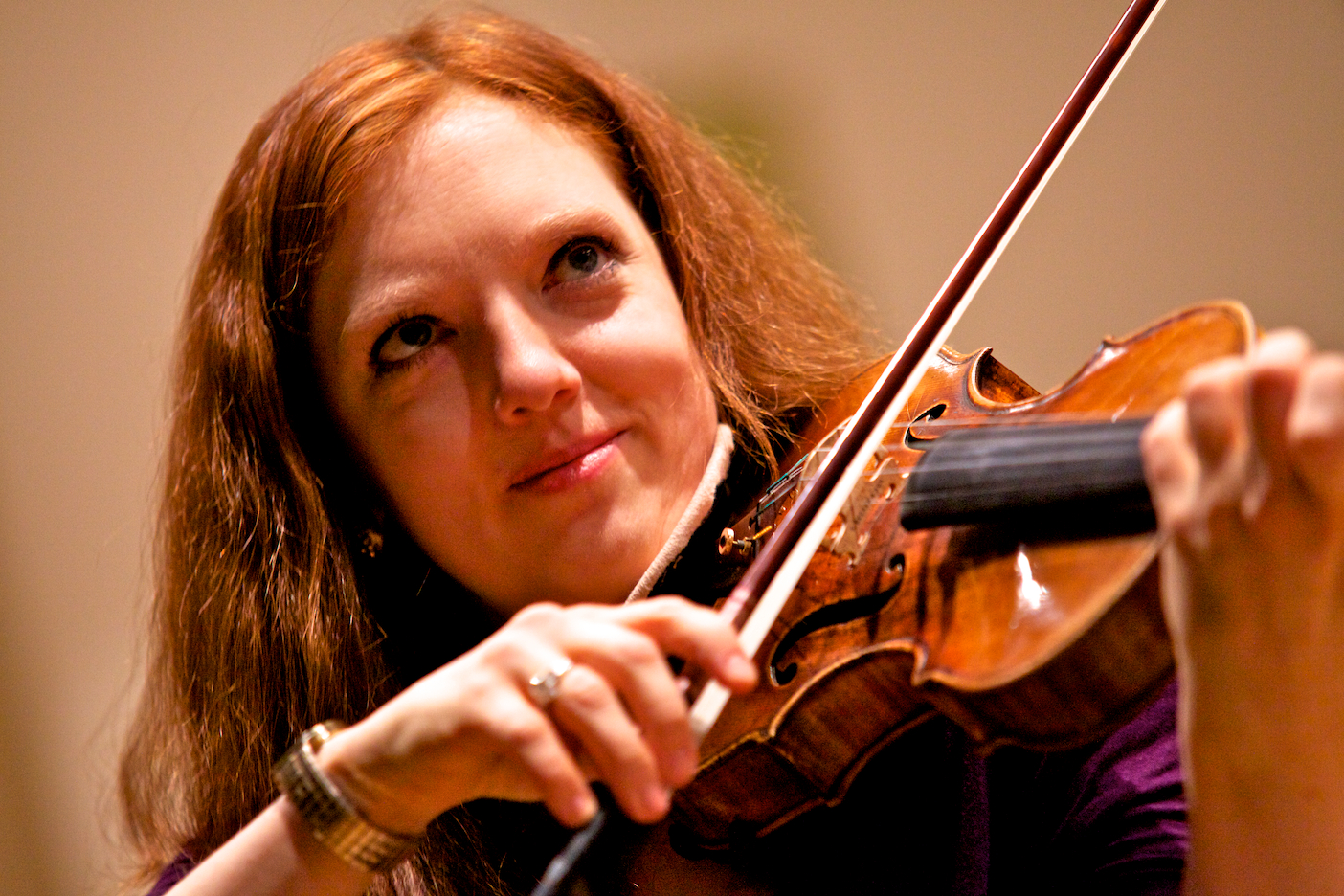 Friday marks the official release of violinist Rachel Barton Pine’s newest recording: Testament: Complete Sonatas and Partitas for Solo Violin by J.S. Bach. Pine talks about the recording and her relationship with Bach’s music in this interview with Richmond Public Radio’s Mike Goldberg. She performs with a baroque bow, finding that it leads to greater ease in playing chords and captures both “sweetness and vitality“ in the music. We also hear her 1742 Guarneri. (Pine made headlines back in September when U.S. Airways refused to allow her to board with the instrument. She ended up spending the night sleeping on the floor at Phoenix’s Sky Harbor International Airport).

The recording was made at St. Paul’s United Church Of Christ in Chicago, where Pine has performed Bach frequently as a member of the congregation. For Rachel Barton Pine, playing Bach is an illuminating and spiritually uplifting experience, as she recently explained:

Studying Bach and sharing his music with my congregation gave me a sense of what it really means to be a musician. One of the reasons that I have never suffered from stage fright is that I have always known that nervousness comes from a threat to the self.  By following Bach’s example, when I play for others it is not about myself but about joining with the listeners to experience this amazing music which comes from something greater than ourselves.

Here is a sneak peak at the recording. Apparently, this clip of the Preludio from Partita No. 3 in E Major was taken from the recording session: