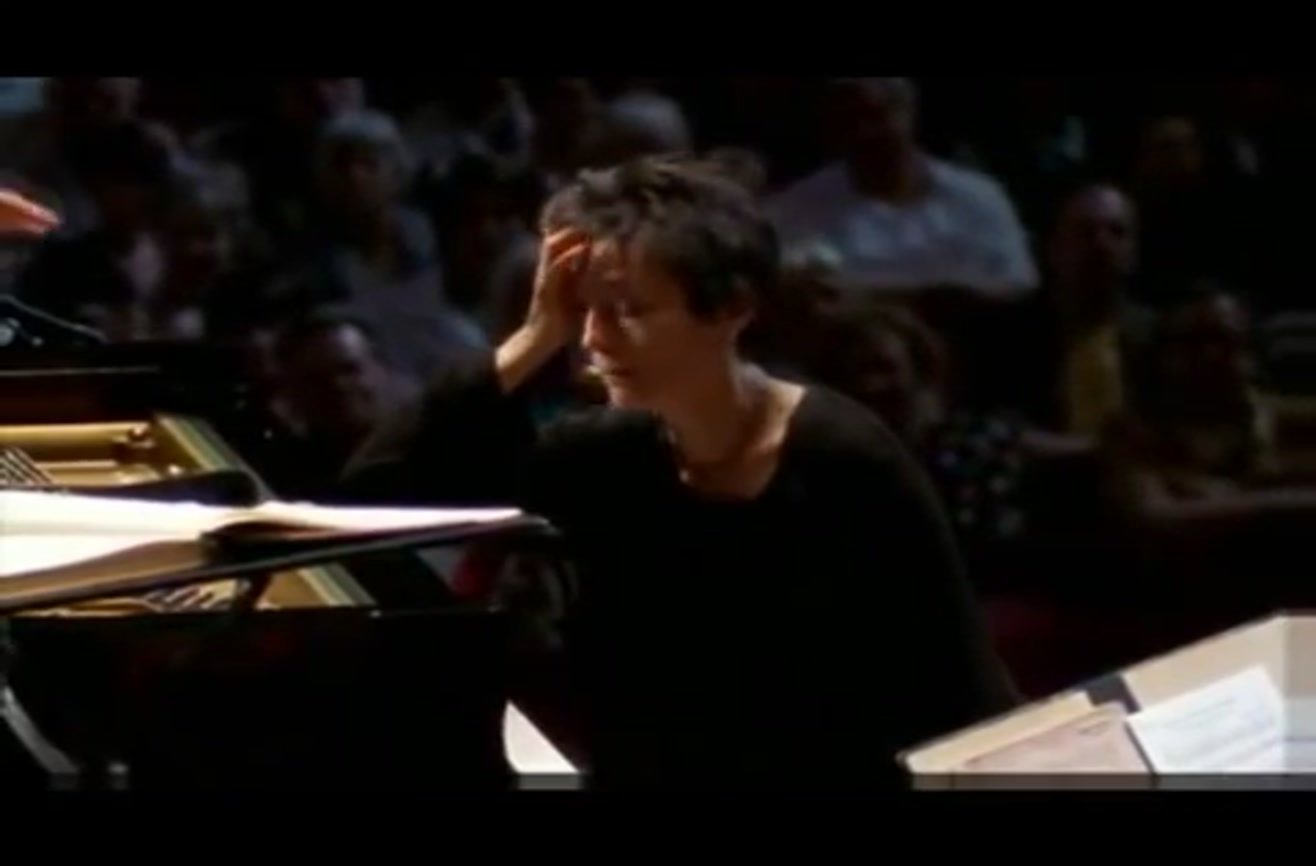 Years ago, during a lesson, I remember my teacher Oleh Krysa telling a remarkable and amusing story about his teacher, the legendary violinist David Oistrakh. Oistrakh, who had a busy concert schedule, had arrived late and had not had time to rehearse with the orchestra. At the concert, he walked out on stage, bowed, and prepared for the long orchestral introduction which opens the Brahms Violin Concerto. Suddenly, the orchestra began playing the measure-and-a-half-long introduction of the Mendelssohn Concerto. There had been miscommunication regarding the program. Within seconds, Oistrakh had to switch gears and play the entire Mendelssohn Violin Concerto, flawlessly, with no notice.

A few years ago, conductor Simon Rattle and members of the Berlin Philharmonic recreated this situation as a prank on their concertmaster during a rehearsal. Again, we hear those pulsating opening bars of the Mendelssohn. But it was less of a laughing matter when pianist Maria João Pires was surprised with the wrong Mozart Concerto (there are 27, after all) during a lunchtime concert with Amsterdam’s Concertgebouw Orchestra in 1999. You can watch her horrified reaction in this clip. She went on to perform Mozart’s stormy Piano Concerto No. 20 in D minor beautifully, by all accounts.

Mozart was a composer who wasn’t phased by spontaneous circumstances. When he stopped over in Linz in 1783, the local count announced that Mozart would perform a concert. Having no symphony with him, Mozart hastily composed Symphony No. 36 “Linz” in four days. When the Piano Concerto No. 20 was first performed in Vienna on February 14, 1785, Leopold Mozart wrote in a letter to Mozart’s sister:

Let’s listen to pianist Maria João Pires play Concerto No. 20, the piece she wasn’t expecting to perform at that Amsterdam concert. Here is her 1978 recording with the Chamber Orchestra of Lausanne: