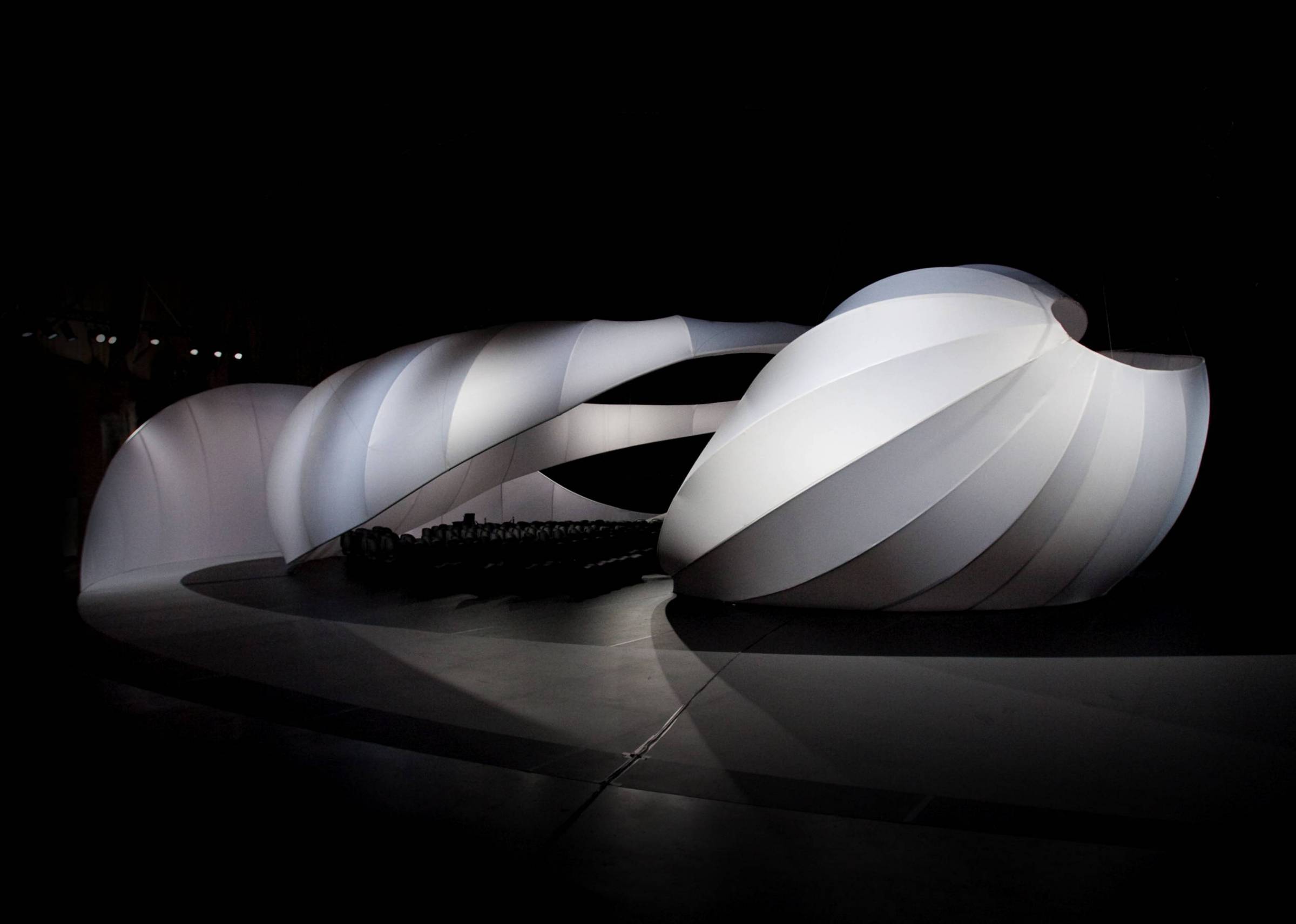 Zaha Hadid, the visionary and sometimes controversial Iraqi-born British architect, passed away suddenly on Thursday. She was 65. Her uncompromising, sculptural designs unequivocally embraced the ethos of “architecture as art” in a way reminiscent of Frank Lloyd Wright. Fellow architect Rem Koolhaas called her “a planet in her own inimitable orbit.”

There’s a geological quality to Hadid’s Wanjing Soho towers in Beijing, completed in 2014. They rise on the landscape like three giant pebbles. Horizontal bands suggest layers of sedimentary rock, similar to Wright’s 1959 Guggenheim Museum in New York. Or perhaps this striking assemblage can be seen as “dancing Chinese fans” (The Telegraph), or “curved sails that appear to swim across the surface of the Earth when viewed from the air.” (Der Spiegel). You can get a sense of her other bold, curvaceous designs here and here.

Goethe famously said, “Music is liquid architecture; Architecture is frozen music.” In 2009, the two met when Zaha Hadid Architects designed the J.S. Bach Chamber Music Hall for the Manchester (UK) International Festival. According to the architect’s description, a central element in the design of the pavilion, dedicated to performances of Bach’s solo works, is

a single, continuous ribbon of fabric which continuously changes, stretches, compresses and moves around itself  to cocoon both performers and audience within an intimate fluid space.

Here is a clip of Viktoria Mullova playing at Hadid’s Bach pavilion in 2010. This is the monumental Chaconne from J.S. Bach’s Partita No. 2 in D minor. Mullova’s performance never loses the elegance and grace of baroque dance. At times the music becomes an intense whisper: