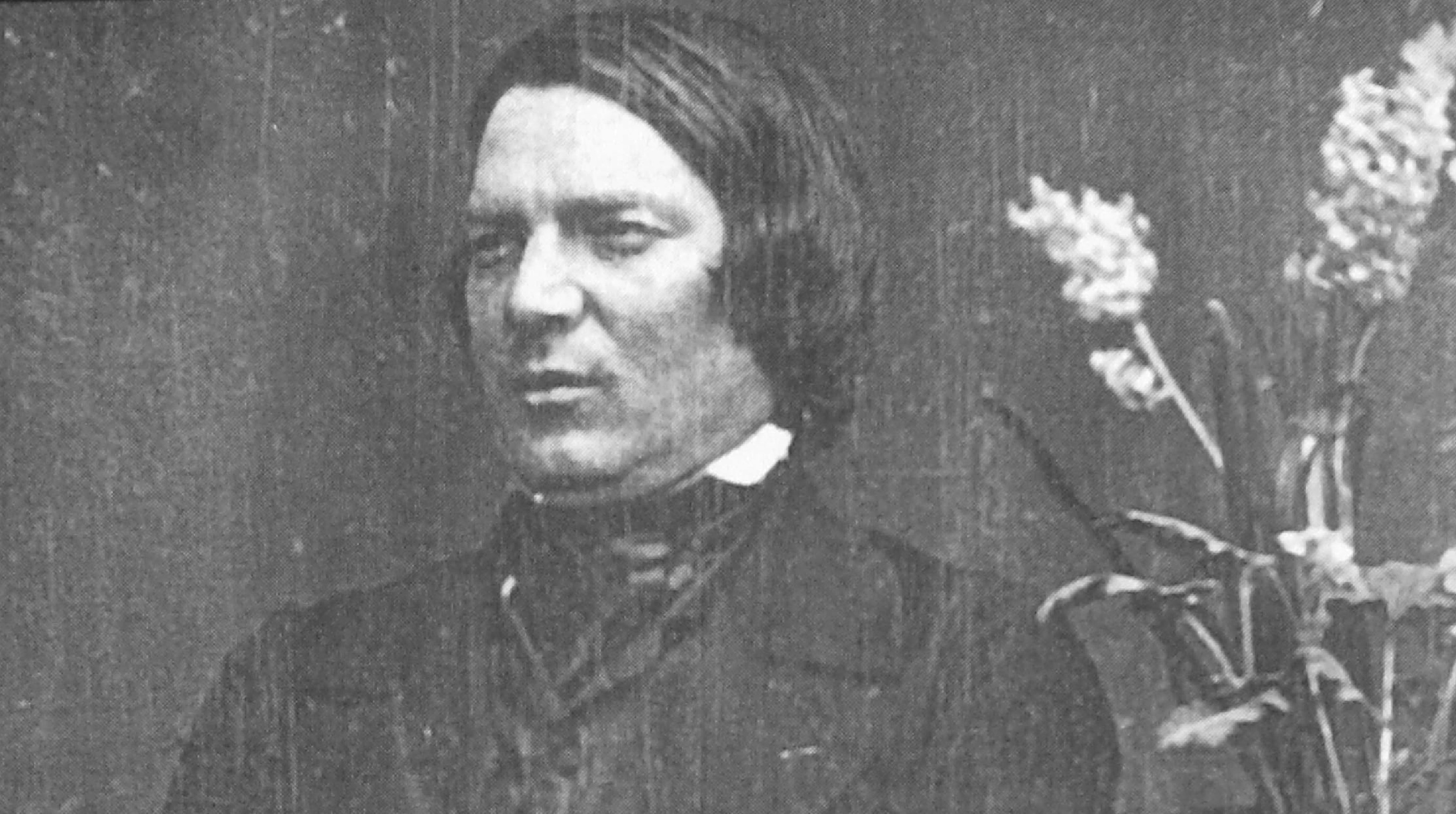 On Monday, we listened to Robert Schumann’s Symphony No. 1 “Spring,” a sunny piece written in the “springtime” of Schumann’s life, shortly after his marriage to Clara. Now let’s hear a different, darker side of Schumann: two strange, haunting works from the final years of the composer’s life, written as he descended into insanity.

It’s now believed that Schumann suffered from tertiary syphilis, a disease which appeared gradually over time and produced a host of hideous symptoms. Schumann experienced a painfully prolonged “A” ringing in his ears. Additionally, it’s possible that neurological problems altered his perception of tempo. Throughout his life, Schumann reported hearing inner voices which led to some of his most profound music…pieces like Kreisleriana opus 16. In his final years, the “spirits” which Schumann believed surrounded him, offering the “most magnificent revelations,” increasingly turned into demons.

Ghost Variations for solo piano is filled with a combination of sadness and solemn beauty. It was the last piece Schumann wrote before entering the asylum at his own request in February, 1854. There’s a stately nobility to the repetitive opening rhythm which seems to be a trademark of Schumann’s music. It’s a theme which gains power through simplicity. The theme reaches its climax just before the resolution of the final cadence. It seems to hesitate for a moment, as if attempting to hold onto the ephemeral, and to express its deepest message in this one last chord. As the five variations unfold, listen to the way the voices begin to pull apart and become more diffuse. In the second variation they break into a strangely disjunct canon. The fourth variation enters anguished minor territory which gives way to a hazy dream world.

After Schumann’s death in 1856, the violinist Joseph Joachim hid away the strange concerto that the composer had written for him in 1853 because it showed evidence of softening of the brain. Clara, Robert’s widow, agreed. That became the conventional wisdom. The violin concerto was suppressed until 1933 when — appropriately for such spectral music — the disembodied voice of Schumann contacted two of Joachim’s nieces during a séance and demanded its recovery. The work was fished out of the Prussian state library and championed by the Nazis, who saw it as an alternative to the devilishly hummable violin concerto by the Jew Mendelssohn.

At moments, Schumann’s music seems to foreshadow Brahms’ Violin Concerto. Then, we slip into passages which become strangely static, with dissonances that would be at home in the twentieth century. Occasional sequences suggest concertos of the baroque era. In the opening of the second movement, you’ll hear a fragment of the Ghost Variations theme emerge.

Listen to Gidon Kremer’s live recording with the Chamber Orchestra of Europe and share your thoughts about the piece in the thread below. Is this the delusional music of a composer who has gone over the edge, or is it a powerful, if eccentric, work which has something to say?