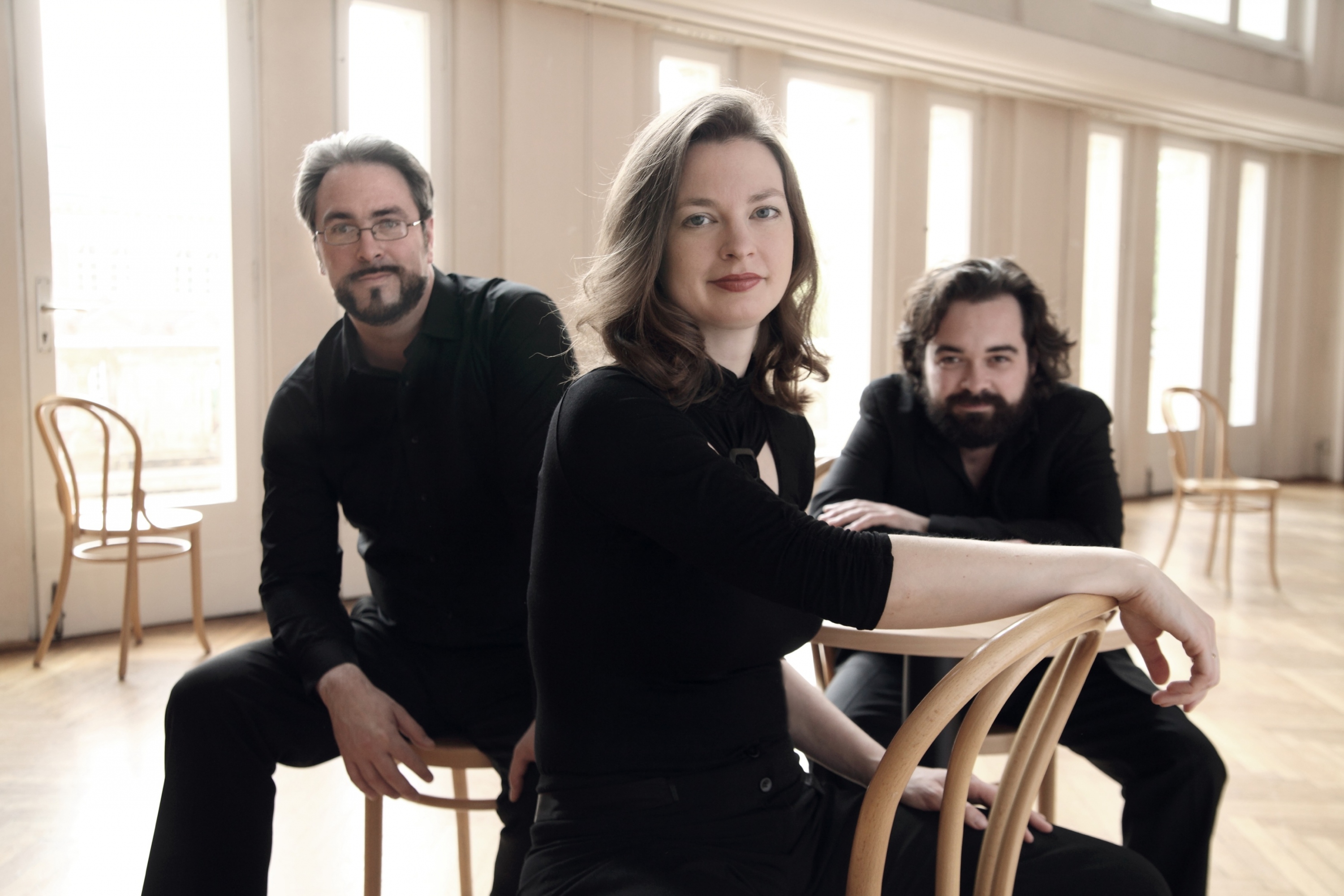 The ATOS Trio was founded in 2003 by violinist Annette von Hehn, cellist Stefan Heinemeyer and pianist Thomas Hoppe. Below, is their 2011 Wigmore Hall performance of Mozart’s Piano Trio in G Major, K. 496. This Trio was written in 1786 at a time when Mozart was enjoying great popularity in Vienna. The Marriage of Figaro premiered the same year.

There’s an almost operatic sense of dialogue between the three instruments. Even the cello, which was usually relegated to the bass line at this time, is given an equal voice. One of the most fun aspects of this piece is the way that it’s woven with subtle, but jarring and sometimes ear-twisting, surprises. For example, listen to this passage in the first movement. Or listen to the delightful dissonances in this passage in the second movement. The final movement is an adventurous, virtuosic, and sometimes comic theme and variations. Its final bars hold the biggest surprise of all, when all three voices seem to happily lose their place, almost wandering off before the final cadence.

The piano opens the first movement with leaping musical summersaults: