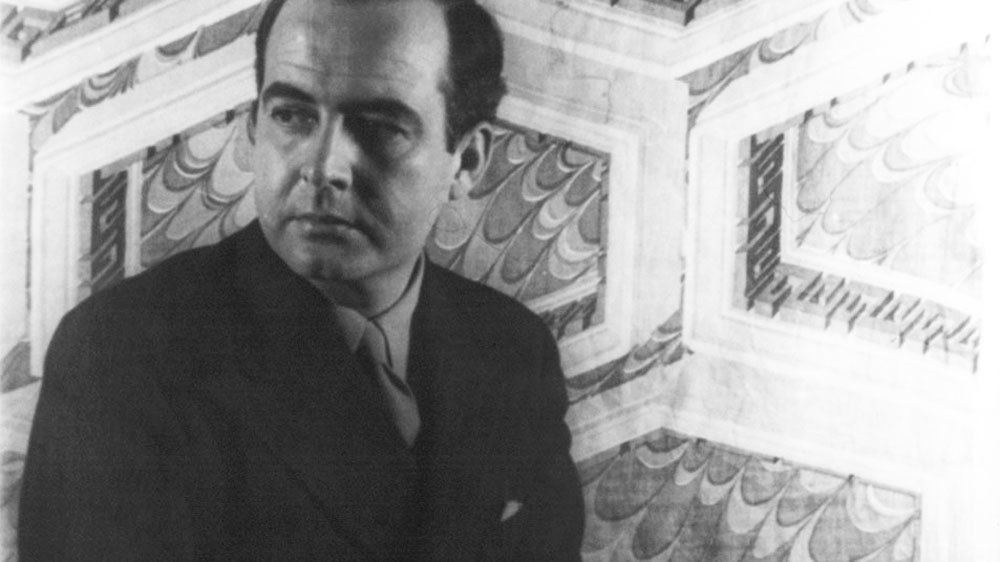 The opening of Samuel Barber’s First Symphony tells us everything we need to know about the piece that lies ahead. It hits us immediately with an almost overwhelming sense of bigness, as if a force of titanic strength has suddenly been released. Majestic, intensely passionate, yet made up of raw, primal energy, it roars to life with a series of wide open fifths. A soaring theme takes flight, opening boldly with an expansive octave leap. This theme forms the seed for the entire symphony which, like Sibelius’ Seventh, unfolds in one continuous, unbroken arc. (Barber seems to pay homage to Sibelius in this passage). As the music progresses, this wild, unbridled energy suddenly seems to spin out of control. We get a glimpse of something terrifying and dangerous which rears its head again in the Symphony’s final moments and never gets resolved.

The First Symphony was completed in 1936 while Barber, age 25, was studying abroad after winning the American Prix de Rome. Rome’s Philharmonic Augusteo Orchestra gave the premiere under the baton of Bernardino Molinari. A year later, the Symphony was performed by the Cleveland Orchestra, the New York Philharmonic, and the Vienna Phiharmonic under Artur Rodziński. At moments, there are foreshadowings of Barber’s Violin Concerto, completed in 1939. It’s music which speaks with a unique, Neo-romantic voice, avoiding both the twelve-tone serialism of the Second Viennese school and the folk-based “American” sound of Aaron Copland. Barber described the structural outline of the First Symphony in these program notes:

The form of my Symphony in One Movement is a synthetic treatment of the four-movement classical symphony. It is based on three themes of the initial Allegro non troppo, which retain throughout the work their fundamental character. The Allegro ma non troppo opens with the usual exposition of a main theme, a more lyrical second theme, and a closing theme. After a brief development of the three themes, instead of the customary recapitulation, the first theme in diminution forms the basis of a scherzo section (vivace). The second theme (oboe over muted strings) then appears in augmentation, in an extended Andante tranquillo. An intense crescendo introduces the finale, which is a short passacaglia based on the first theme (introduced by violoncelli and contrabassi), over which, together with figures from other themes, the closing theme is woven, thus serving as a recapitulation for the entire symphony.

As you listen, notice the way the opening theme evolves through the four sections of the piece. The Scherzo opens with dancing fugal counterpoint, which gives way to sparkling rhythmic games in which a series of instruments come out to play. But the fun eventually gets out of hand as the Scherzo boils over into this feverish climax, which seems vaguely to anticipate the music of John Adams. The Andante tranquillo arrives out of nowhere, with the oboe playing an expansive melody over a celestial bed of strings. The final section is built on a repeating passacaglia bass line, a musical device which was popular in the baroque period, but also brings to mind the final movement of Brahms’ Fourth Symphony. But Barber’s passacaglia is far from a well behaved set of variations. Listen to the way the music grows into a swirling whirlwind of voices, culminating in the trumpet’s frenetic statement of the bass line at a faster rate of speed.