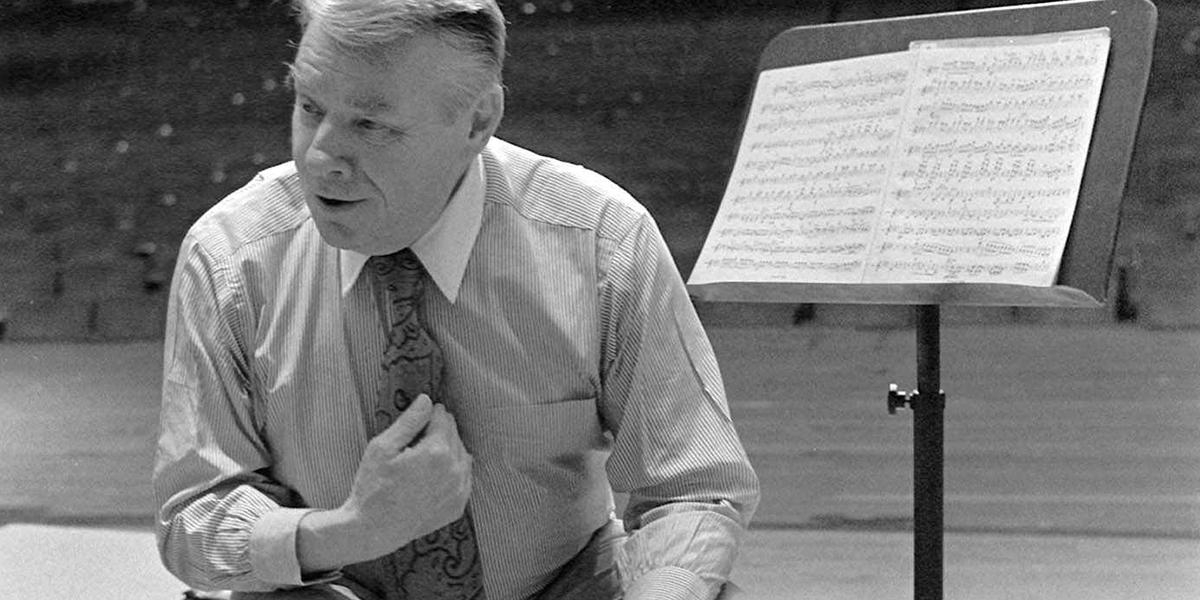 This performance is one of those in which all of the participants were playing for the sake of the music and were caught up in a vortex of musical union and humanity, the likes of which you just don’t encounter very often, if ever, in a lifetime.

This is how Robert Woods, founding producer of the Telarc record label, described a rare archival recording of Beethoven’s Ninth Symphony, performed by Robert Shaw and the Atlanta Symphony Orchestra. The concert took place on May 20, 1988 as the orchestra prepared to embark on a triumphant European tour. It marked Robert Shaw’s final Atlanta appearance as music director, a position he held for twenty-one years. (Shaw remained Music Director Emeritus and Conductor Laureate until his death in 1999).

The Atlanta Symphony released this historic recording last month, just in time for the hundredth anniversary of Robert Shaw’s birth. It will surely be regarded as Shaw’s definitive recording of Beethoven’s Ninth, replacing a problematic and poorly recorded 1985 record, produced by the now-defunct Pro Arte label.

I was a student at the Eastman School of Music when Robert Shaw came to conduct the Brahms Requiem, shortly before his death. Even in his final years, he demanded the highest musical standards, sometimes expressing his displeasure during rehearsals with memorable phrases: “That’s like putting ketchup on the Mona Lisa.”

Here is an excerpt from the recording. In the opening of the final movement of Beethoven’s Ninth Symphony, the themes of the previous movements emerge briefly. Each is cut off and quickly rejected in favor of something completely new: a transcendent finale, unlike any previously-written symphonic movement, which blends symphony, opera, fugue, and drinking song into one exhilaratingly joyful proclamation of the universal brotherhood of man.