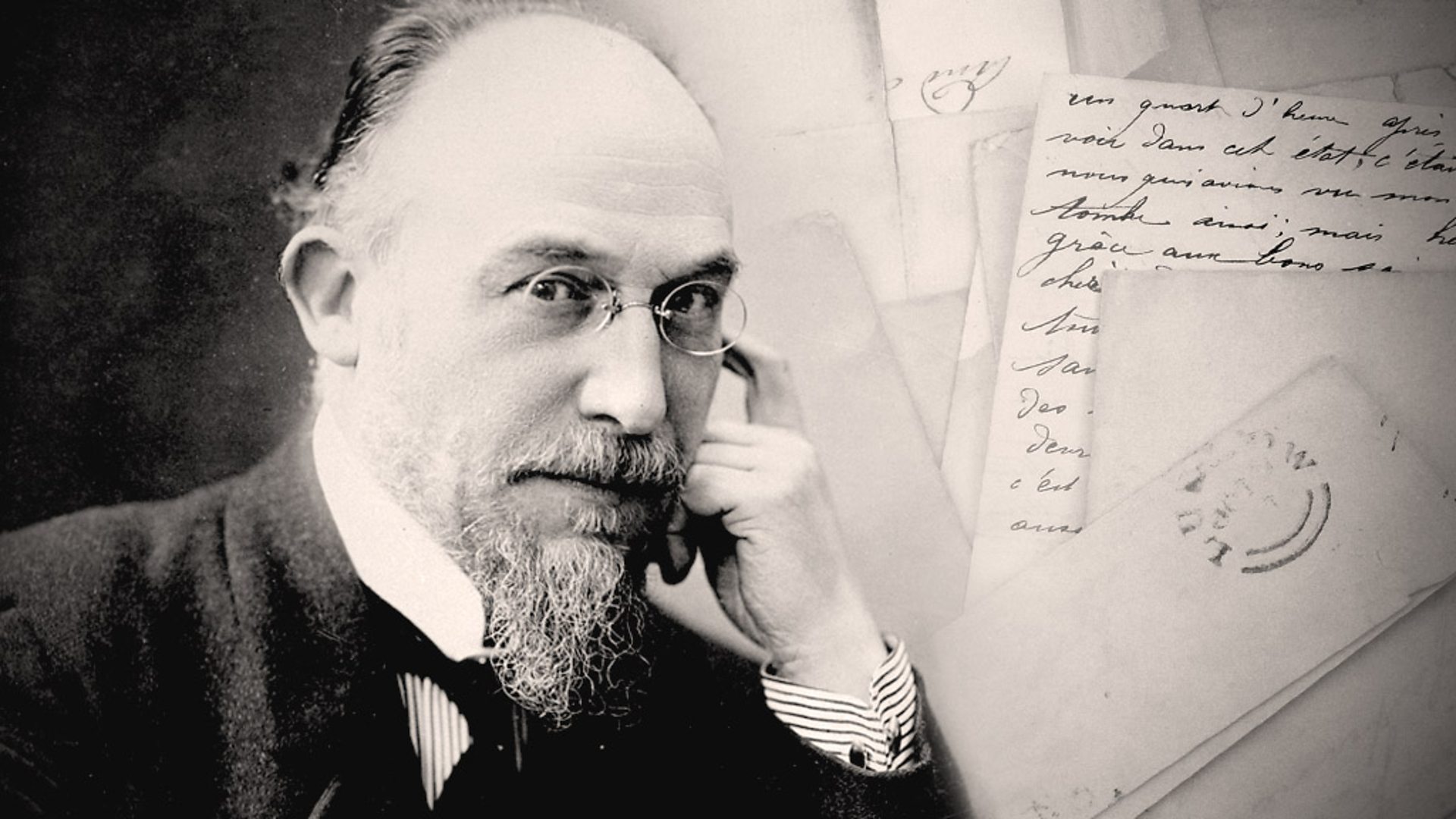 Yesterday marked the 150th anniversary of the birth of Erik Satie (1866-1925), the colorfully eccentric French avant-garde composer whose work anticipated later movements such as Surrealism, Dadaism, and late twentieth-century minimalism. Satie described many of his pieces as “Furniture music.” This music purposely stayed in the background, stripping away any hint of overwrought emotion. In the century between Haydn’s twenty minute-long classical symphonies and Wagner’s eighteen-hour-long Ring Cycle, concert music generally grew bigger, louder, and longer. But by the early years of the twentieth century, this expansion was beginning to hit a brick wall. In this context, Satie’s lean and sometimes comic music must have seemed shocking.

Satie’s En’tracte suggests the witty, pared-down neoclassicism we associate with Stravinsky. For something even crazier, listen to Tapisserie en fer forgé, which was given the humorous marking, “Tapestry in forged iron – for the arrival of the guests (grand reception) – to be played in a vestibule – Movement: Very rich.” You might easily mistake this repetitive music for something by Philip Glass, but it was actually written by Satie in 1917:

Then there’s the 1924 ballet score for Relâche, a French word used to notify the public of the cancellation of a show (The title loosely translates as,”The theater is closed”). The cartoonish score occasionally suggests the jazzy sounds of a theater orchestra. Ironically, the first performance of Relâche had to be cancelled due to the illness of its principal dancer and choreographer, Jean Börlin.

Satie’s most famous and enduring works are the three serenely hypnotic Gymnopédies for solo piano. This is perhaps the first ambient music ever written. The mysterious title may be a vague reference to a line in the poem, Les Antiques by J. P. Contamine de Latour, which suggests dance: “Mingled their sarabande with the gymnopaedia.” But in the end, this music isn’t about anything. It just is, and that’s enough.

The opening of Gymnopédies No. 1 found its way into the chorus of Janet Jackson’s 2001 song, Someone to Call My Lover.