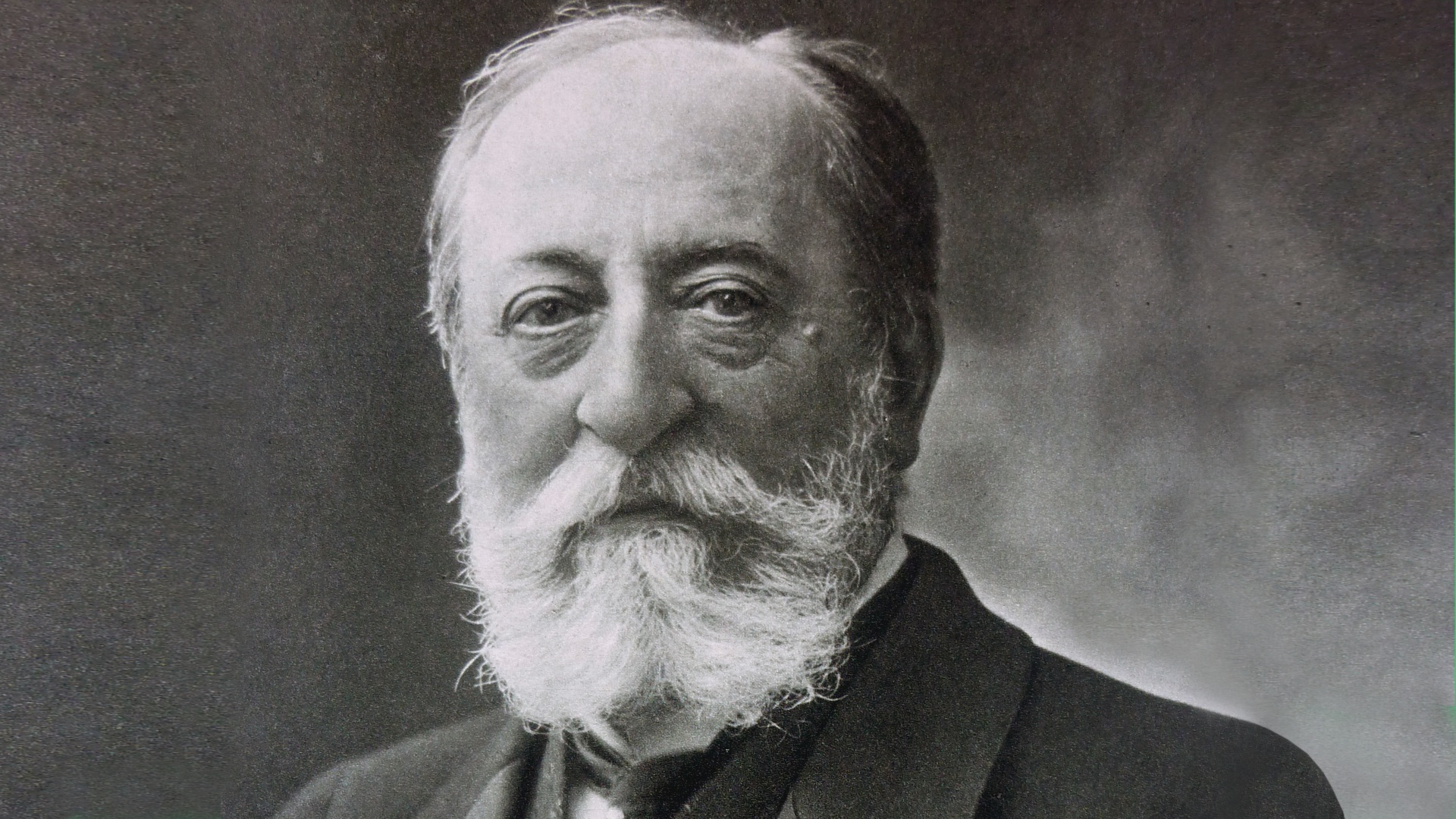 Over the weekend, I played Camille Saint-Saëns’ The Carnival of the Animals, the zany chamber orchestra work which has found its way into the children’s canon alongside Prokofiev’s Peter and the Wolf and Britten’s Young Person’s Guide to the Orchestra. The suite’s thirteenth movement, The Swan, is surely Saint-Saëns’ most recognizable music, a reality which probably wouldn’t have pleased the French Romanticist.

For Saint-Saëns, writing The Carnival of the Animals was lighthearted fun, and perhaps self-therapy, after an unsuccessful concert tour during the 1885-86 season. Saint-Saëns didn’t allow the full work to be published during his lifetime out of fear that his image as a serious composer would be jeopardized. (What would he have thought of Bugs Bunny’s version?) Still, this compositional free play led to some surprisingly interesting music, like this haunting and harmonically adventurous passage in The Cuckoo. The Carnival of the Animals also is filled with thinly disguised musical inside jokes: The Tortoise is a slowed down quote of the Galop infernal from Offenbach’s Orpheus in the Underworld, set with stubborn surprise dissonances. Can you hear a hint of the first measure of Berlioz’ Symphonie fantastique in the opening? The Elephant lumbers along with the cumbersome weight of the double bass while alluding to passages from some of the lightest and most nimble music ever written (the Scherzo from Mendelssohn’s A Midsummer Night’s Dream and Dance of the Sylphs from Berlioz’ Damnation of Faust). Saint-Saëns’ own Danse macabre can be heard in the Fossils movement, played by the skeleton-esque xylophone, along with Una voce poco fa from Rossini’s The Barber of Seville. “Pianists” are included among the animals, and it’s possible that the braying donkey was Saint-Saëns’ depiction of music critics.

Listeners who are familiar with Disney’s 1991 Beauty and the Beast will hear how closely the film’s Prologue music resembles the glistening Aquarium movement from The Carnival of the Animals. Alan Menken, who wrote the score for the movie, has acknowledged that he purposely patterned the music after Saint-Saëns’. Interestingly, the same shimmering, watery sound emerges at this moment in the final movement of Saint-Saëns’ “Organ” Symphony. Paavo Järvi and the Orchestre de Paris gave this performance of the “Organ” Symphony at the 2013 BBC Proms:

But let’s return to The Carnival of the Animals. Here is Leonard Bernstein’s recording and commentary: