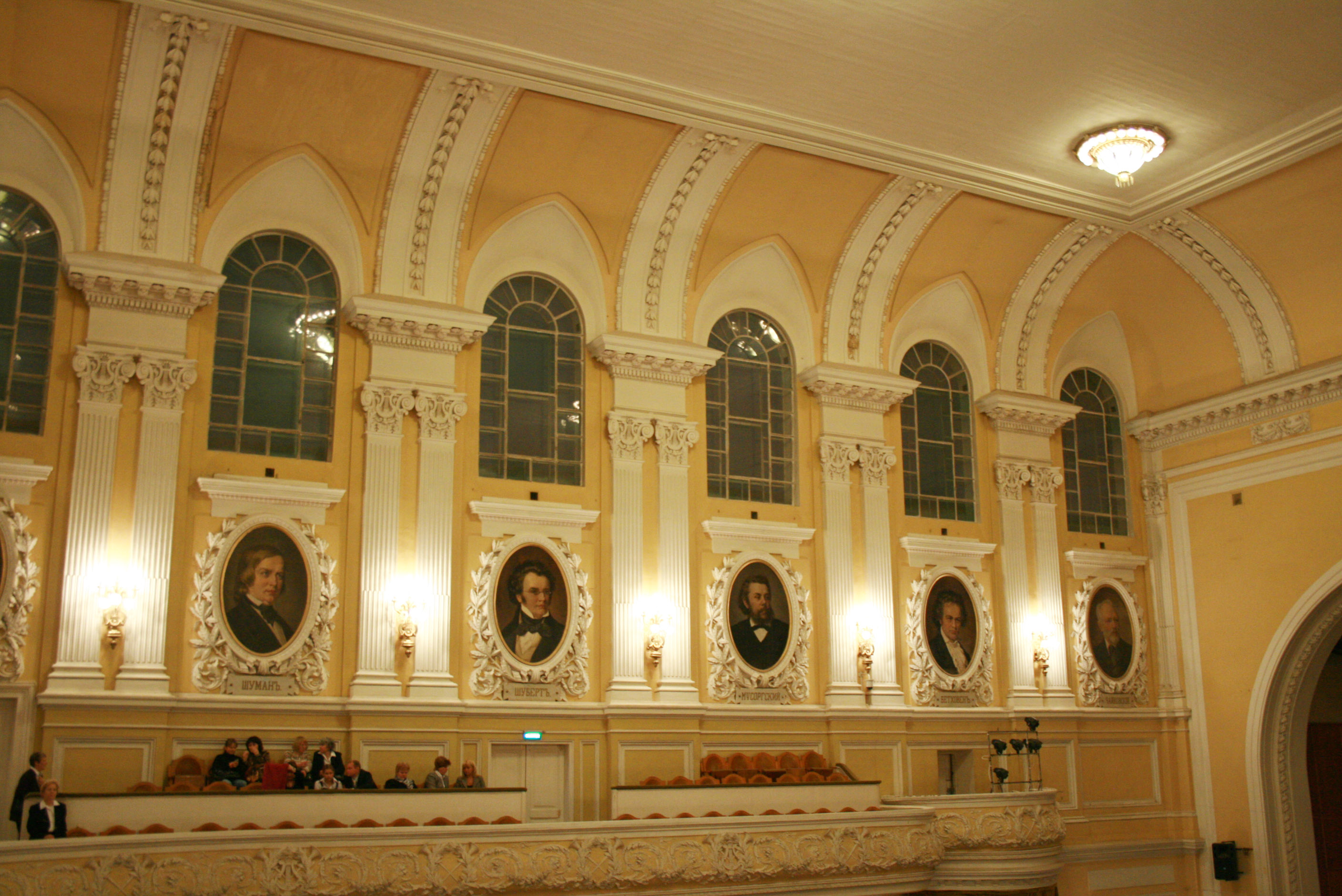 Here is a rare gem which deserves more recognition. It’s a slightly grainy archival recording of Russian violinist Vladimir Spivakov performing the Tchaikovsky Violin Concerto in the Great Hall of the Moscow Conservatory in 1975. Spivakov is accompanied by the Moscow Philharmonic Orchestra and conductor Israel Gusman. In June of the same year, Spivakov made his Vienna debut performing the rarely-heard Haydn Violin Concerto in C major. You can hear his recording of the Haydn here.

The Moscow Conservatory’s Great Hall has long been an epicenter of Russian musical life. Tchaikovsky, Prokofiev, and Shostakovich conducted on its stage. Portraits of famous composers overlook the audience like gods looking down from Mount Olympus. Tchaikovsky, who studied at the Conservatory and later served as professor of theory and harmony, is included.