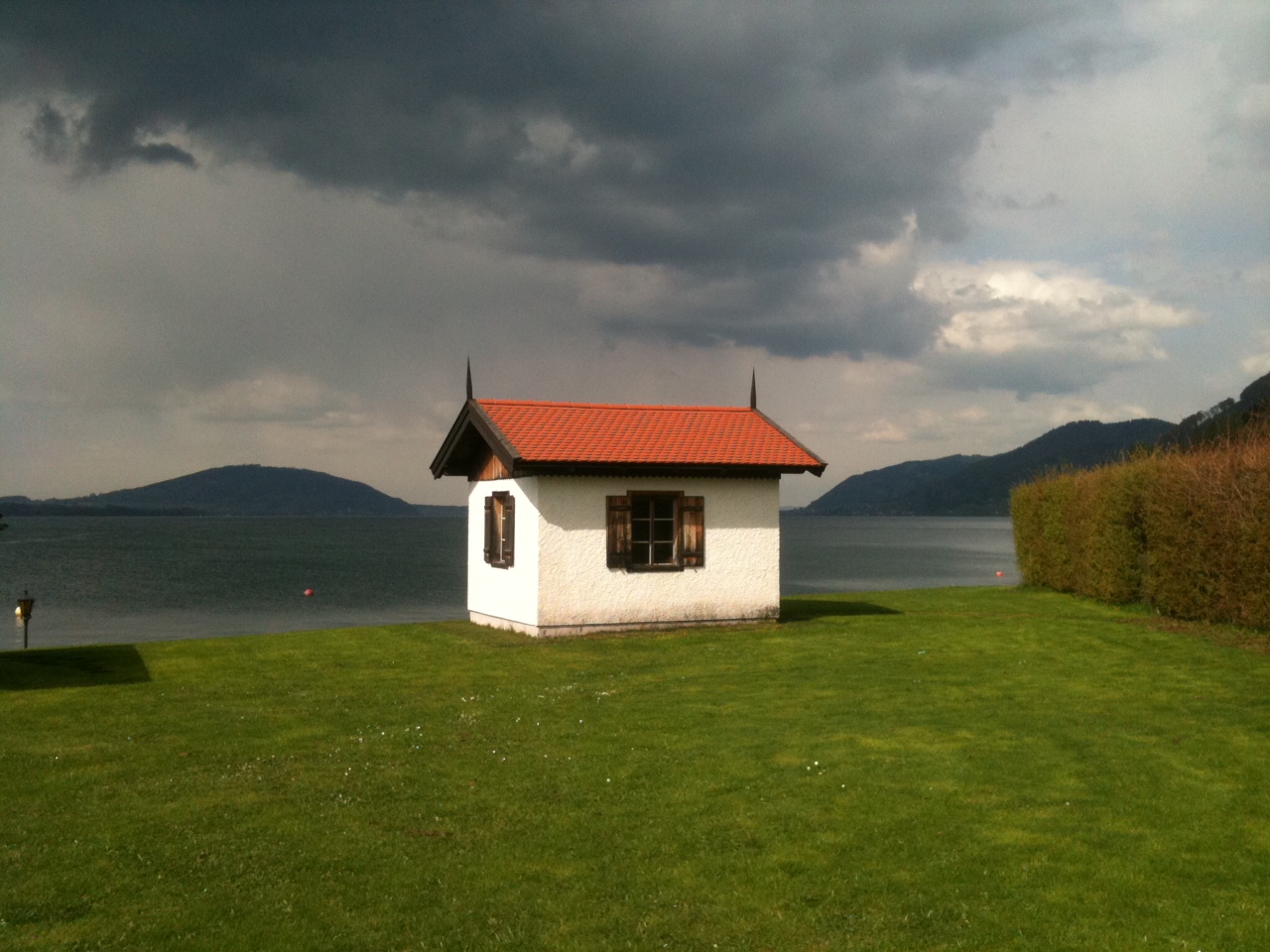 Summer is here. For professional orchestral musicians, that means a brief respite from the weekly routine of the main concert season. Soon it will be time for summer seasons and music festivals, many featuring outdoor concerts in such idyllic locations as Chautauqua, Vail, and the Tetons.

Summer has typically been a productive time for composers. Gustav Mahler, one of the most prominent conductors of his time, retreated to isolated rural settings in the summer months to write music. Mahler, who took long walks in the Alps, famously said, “Don’t bother looking at the view. I have already composed it.” The small huts where Mahler wrote many of his symphonies are still in existence. You can hear the sounds of nature in Mahler’s music, from the birdsongs of the First Symphony to the flowers and animals of the Third Symphony.

Here are five additional pieces which were written during summer vacation:

On the evening of July 30, 1829, Felix Mendelssohn visited the ruins of Holyrood Chapel in Edinburgh, Scotland. The 20-year-old Mendelssohn was on his Grand Tour, a customary trip taken by young men from wealthy families at the time. The ruins of Holyrood, and all of the historical and literary associations of Scotland, provided the seed for Mendelssohn’s “Scottish” Symphony No. 3.  Here is Mendelssohn’s description of the experience.

In the evening twilight we went today to the palace where Queen Mary lived and loved; a little room is shown there with a winding staircase leading up to the door; up this way they came and found Rizzio in that little room, pulled him out, and three rooms off there is a dark corner, where they murdered him. The chapel close to it is now roofless; grass and ivy grow there, and at that broken altar Mary was crowned Queen of Scotland. Everything around is broken and mouldering, and the bright sky shines in. I believe I found today in that old chapel the beginning of my Scottish Symphony.

Mendelssohn may have found the beginning of his Symphony on that day in Scotland, but he didn’t complete the work until 1842, over ten years later. The “Scottish” subtitle was also probably not his intention. There are only passing references to Scottish folk music: this buoyant melody in the second movement and the Scotch snap rhythm in the finale. One of the most interesting aspects of this music is its cyclic form. At the end of the final movement, we return to the shadowy mystery of the opening of the first movement. Then, out of the darkness rises a brand new melody which forms the coda. It’s the most noble, majestic music imaginable- a joyful proclamation which seems to transcend everything in the Symphony which has come before.

Here is Nikolaus Harnoncourt and the Chamber Orchestra of Europe:

During the summer of 1886, Johannes Brahms rented a house in Hofstetten, Switzerland near Lake Thun. While enjoying the beauty of the mountainous region, Brahms produced three significant works of chamber music: the Cello Sonata in F major, op. 99, the Violin Sonata No. 2 in A major, Op. 100, and the Piano Trio No. 3 in C minor, Op. 101. This music comes from the end of Brahms’ compositional career. He had already written all of the large-scale orchestral works, with the exception of the Double Concerto for violin and cello. In these final years, he seems to have made a conscious decision to move towards the intimacy of chamber music.

We hear this sense of quiet introspection, perhaps even nostalgia, in the C minor Piano Trio’s third movement, Andante grazioso. It’s a tender dialogue between the strings and piano, set within a fascinatingly irregular melody (seven beat phrases which alternate between 3/4 and 2/4 time, as well as 9/8 and 6/8).

Here is the complete Piano Trio in C minor:

I have been on vacation since 3 June here in the Czech village of Spillville and I won’t be returning to New York until the latter half of September. The children arrived safely from Europe and we’re all happy together. We like it very much here and, thank God, I am working hard and I’m healthy and in good spirits.

Antonín Dvořák wrote these words in the summer of 1893 while on vacation in Spillville, Iowa, a community filled with immigrants from his Czech homeland. While in Spillville, he wrote the String Quartet No. 12 in F Major, Op. 96 (the “American” Quartet). Dvořák was in the middle of a three year stint as director of the National Conservatory of Music in New York City. As the young country struggled to find its own distinct musical voice, Dvořák offered this observation:

In the Negro melodies of America I discover all that is needed for a great and noble school of music.

Listen to the third movement of the “American” Quartet. It’s filled with incredible rhythmic complexity which almost makes the music seem to swing. Can you hear anything distinctly African-American in this music?

Here is the complete piece performed by the Cleveland Quartet. I offer a few more thoughts on this piece in two past Listeners’ Club posts, here and here.

Salut D’Amour is English composer Edward Elgar’s musical love letter to his fiancé, Alice Roberts. Elgar wrote this short, charming piece during the summer of 1888 while vacationing in Yorkshire. Upon returning home, he presented the music to Alice and proposed to her. Here it is played by violinist Daniel Hope:

During the summer of 1945, Béla Bartók stayed in a rustic cabin in the picturesque isolation of Saranac Lake in New York’s Adirondack region. Here, in the final months of his life as he battled leukemia, Bartók wrote the Viola Concerto and the Third Piano Concerto.

The Third Piano Concerto gives no hint of Bartók’s personal struggles. It offers a shimmering dialogue between the piano and a host of orchestral voices. I love the magical way this piece begins. It seems to suddenly emerge out of thin air, instantly drawing us into its colorful, Hungarian folk-inspired world.

Here is a performance by Sir András Schiff and the Hallé Orchestra, conducted by Sir Mark Elder: