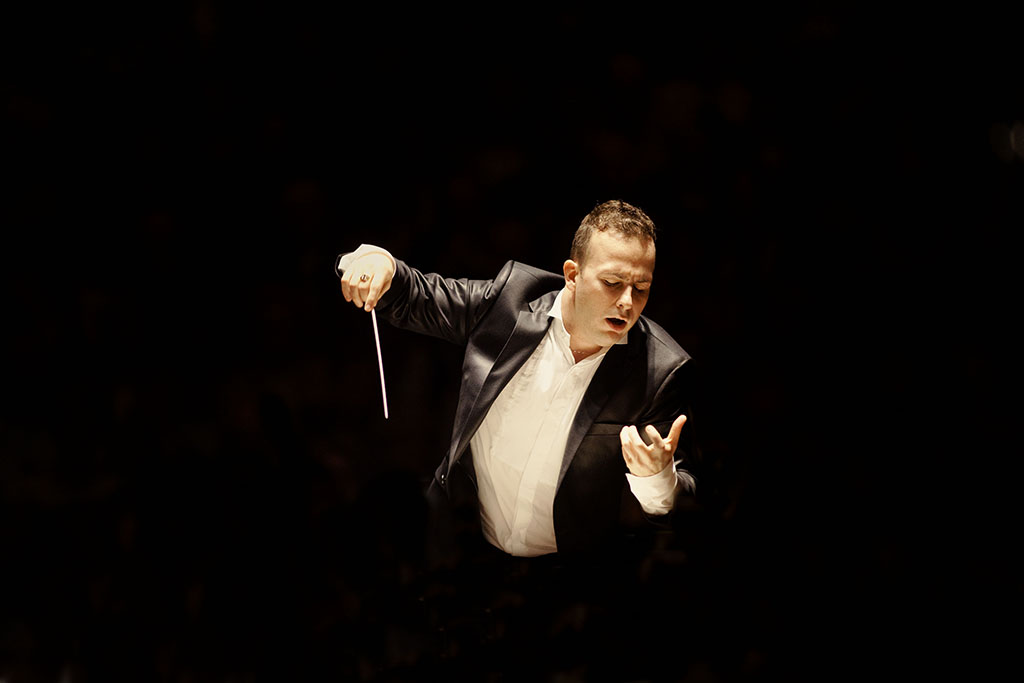 Yannick Nézet-Séguin has brought innovative programming to Philadelphia. Last season, he premiered One Land, One River, One People, a work by American jazz trumpeter and composer Hannibal Lokumbe (also known simply as “Hannibal”), which was commissioned by the orchestra. Listen to an excerpt of another soulful piece by Hannibal here.

Here is Yannick Nézet-Séguin’s 2013 BBC Proms performance of Tchaikovsky’s tone poem, Romeo and Juliet with the Rotterdam Philharmonic. It’s a piece which begins with a somber chorale, reminiscent of a Russian choir. Listen for this opening theme to return later in a strikingly different context (here in the horns and then in the trumpets). In this programmatic music, we hear the metal-on-metal sounds of a sword fight. And then, of course, there’s that famous, soaring, lushly romantic theme which first emerges unexpectedly with a sudden key change.

Making music is about breathing, about a voice, or an instrument , or a group, taking the lead for a moment, and then, after, accompanying and listening to one another.

1 thought on “Yannick Nézet-Séguin Heads to the Met”