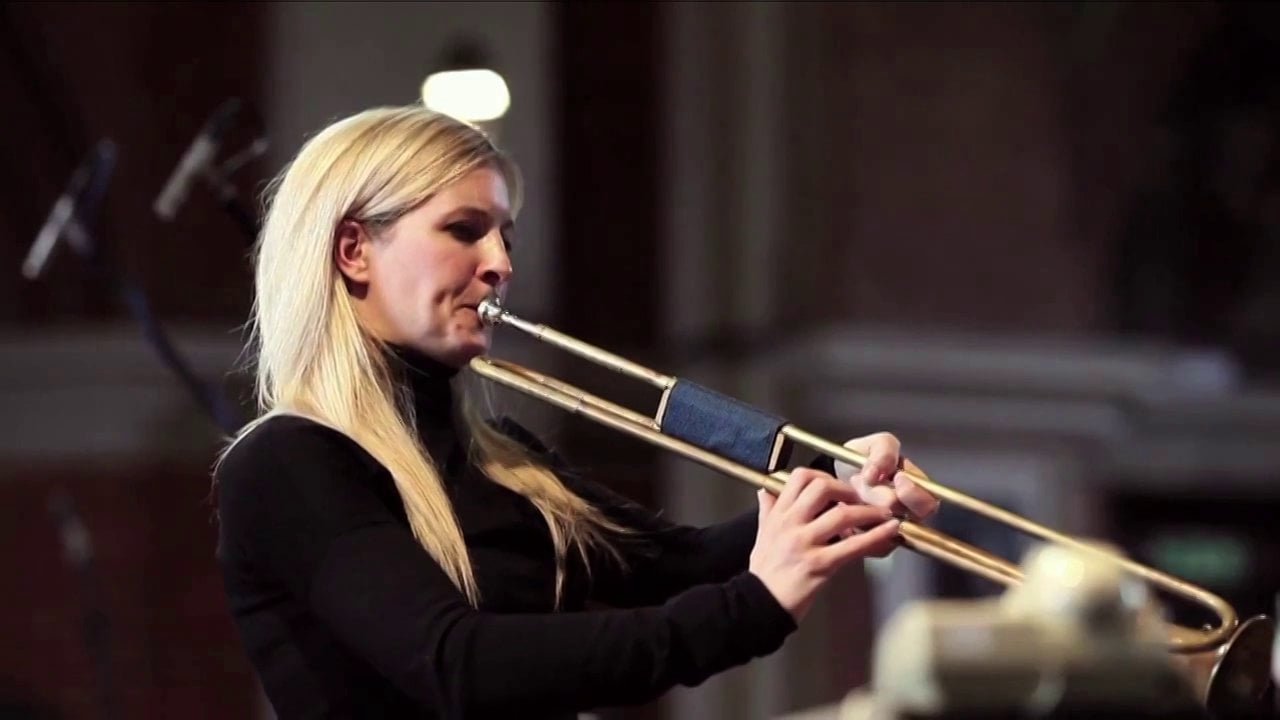 Last weekend, I played for a wedding which included a stirring two-trumpet fanfare. This was followed immediately by an outdoor Richmond Symphony concert which featured John Williams’ main title music for Star Wars. Both occasions reminded me of the trumpet’s deeply celebratory and heroic connotations. Listen to another classic John Williams film score, Raiders of the Lost Ark (1981), and you’ll hear how clearly the trumpet evokes the personality of the film’s protagonist: adventurous, heroic, impetuous, and slightly crazy in the risk-taking department.

Trumpets, which have deep, historic roots on the battlefield, are powerful for what they represent…so powerful that occasionally composers have drawn on their symbolism without actually using them. One example is the countertenor duet, Sound the Trumpet, from Henry Purcell’s Come Ye Sons of Art, Z.323, written in 1694 for the birthday celebrations of Queen Mary II of England. The voices imitate the sound of a trumpet over a repeating ground bass line:

Nearly three hundred years later, Stephen Sondheim used the trumpet as a symbol of heroism in the song, There Won’t Be Trumpets from the experimental 1965 musical, Anyone Can Whistle. (The show was unsuccessful, closing after nine performances, but it was Angela Lansbury’s first appearance on the Broadway stage). Anyone Can Whistle is shrouded in surrealism. In a small, bankrupt town (the only thriving business is a mental sanitarium called “The Cookie Jar”) the locals concoct a scheme to attract tourists with “miracle water” from a spring. Fay Apple, a nurse from “The Cookie Jar” is the only one who sees through the fraudulent scheme. In There Won’t Be Trumpets, Fay hopes for a real hero who will deliver the town from madness.

Let’s finish with the sound of a real trumpet. Here is an excerpt from British trumpeter Alison Balsom’s 2012 recording, Sound the Trumpet: Royal Music of Purcell and Handel. This is music from Handel’s secular cantata, Ode for the Birthday of Queen Anne, written in 1713. Although Queen Anne granted Handel a pension for his work, it’s likely she never actually heard this beautiful music. According to the Duke of Manchester, she was “too careless or too busy to listen to her own band, and had no thought of hearing and paying new players however great their genius or vast their skill.”

In this clip, Balsom plays the early valveless trumpet of Handel’s time: