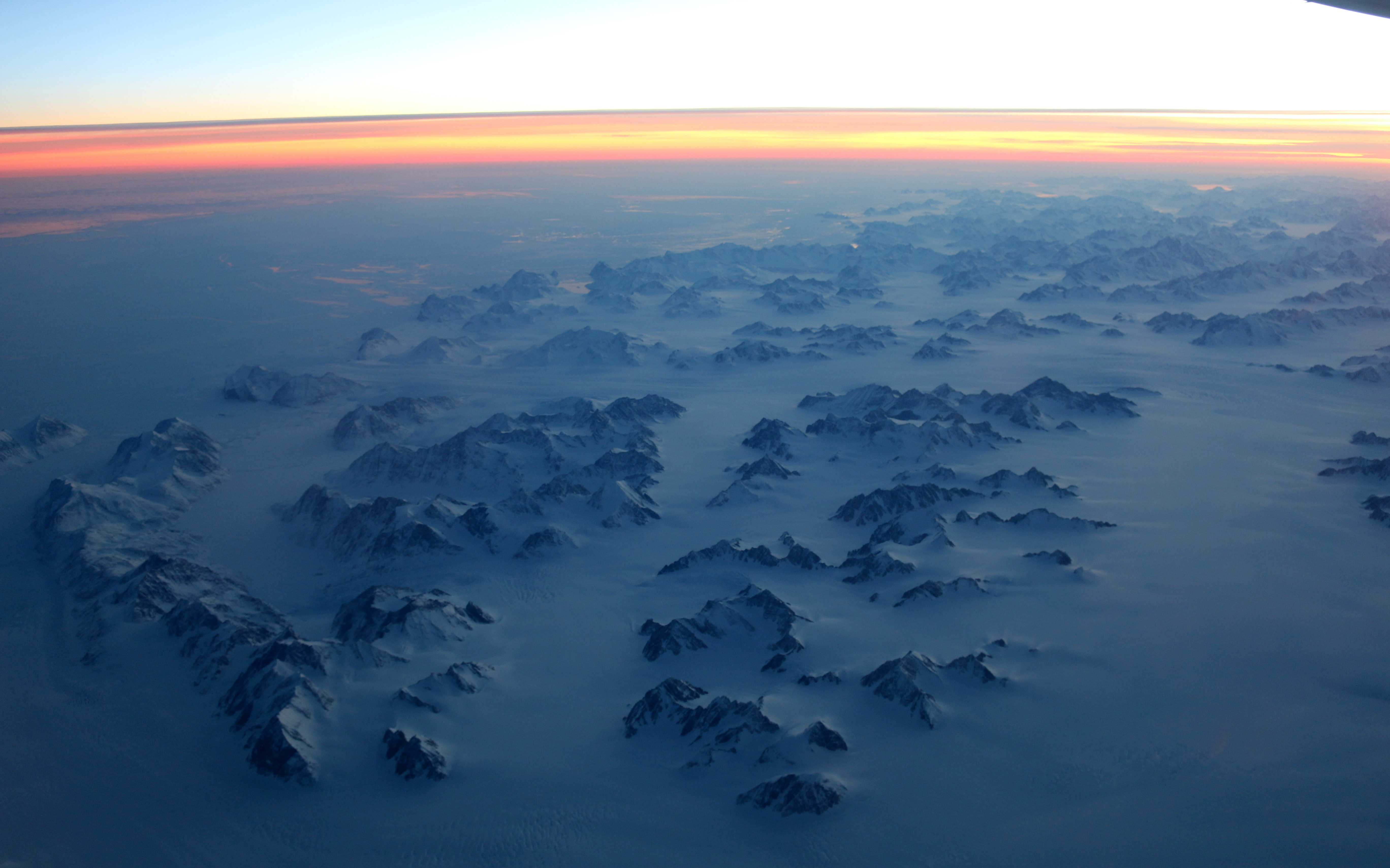 Something really interesting happens to your perception of time, space, and motion when you listen to John Adams’ Common Tones in Simple Time. It’s music which is cinematic and topographical. One critic likened it to the experience of “flying or gliding over a landscape of gently changing colors and textures.” The composer Nico Muhly called it, “distinctly American music: the music of the cross-country road trip, the slowly changing landscape above the quickly moving pavement.”

Muhly’s last observation touches on an interesting paradox of the piece. On one level, Common Tones in Simple Time moves relatively quickly, propelled forward by a persistent pulse. At the same time, it’s easy to sense a vast, continental landscape unfolding as far as the eye can see. We’re always arriving somewhere, but with each new event we get the sense that there’s another just over the horizon, perhaps stretching into infinity.

Written in 1979, Common Tones in Simple Time grew out of the pulse-based, process-oriented minimalism of Steve Reich. At one moment, it seems to pay homage to Reich’s endlessly repeating marimba patterns. In a preceding passage, in which a series of short, increasingly insistent ascending lines converse, I’m always reminded of Terry Riley’s semi-improvisational In C from 1964. But Common Tones in Simple Time moves beyond these minimalist predecessors in at least one important way. It revels in the full color pallet of the orchestra and shows John Adams to be one of contemporary music’s most skilled and insightful orchestrators. Additionally, it may be one of the earliest examples of Minimalism gently veering towards New Age.

Minimalism is famous for its simple, descriptive titles: Philip Glass’ Music in Twelve Parts and Steve Reich’s Music for Mallet Instruments, Voices and Organ, for example. In his program notes, Adams explains his title:

The “common tones” of the title refer to the signal moments of harmonic modulation in the piece, changes of key or mode similar to the “gates” of the two piano pieces from 1977, “Phrygian Gates” and “China Gates.” In this case the “gates” all share a common pitch—they avoid what Schoenberg called “super strong progression”—and thus create a slow and almost effortless feeling of harmonic evolution. Part of the piece’s charm lies in the fact that underneath the fast surface movement lies a very slow harmonic movement. The resulting effect, at least in my mind, gives the feeling of moving over “terrain” or “landscapes”, as if one were viewing the surface of a continent from the window of a jet plane. This is a formal technique that twelve years later I explored in the purely electronic works of “Hoodoo Zephyr.”

A special interlocking style for two pianos, heard again in “Grand Pianola Music” and “Hallelujah Junction”, makes its first appearance in this piece. The two pianos are essential elements in “Common Tones in Simple Time,” contributing a light, resonant stream of regular pulsation throughout. They rarely stop throughout the 20 minute duration of the piece.

As you float through the sonic landscape of Common Tones in Simple Time, pay attention to what happens to the pulse. As with the dance music of the time (1970s), there’s something mesmerizing about the persistence of this unrelenting beat. At moments, we encounter turbulent cross-rhythms. In this passage, the piece’s great mechanical heart actually skips a beat. Towards the end, you’ll hear a moment of arrival marked by the entrance of the lower strings- something akin to drifting out of the clouds and catching a glimpse of a majestic, endless horizon stretching into the distance. In these final moments, the pulse dissolves like a fast-moving object vanishing into the distance.