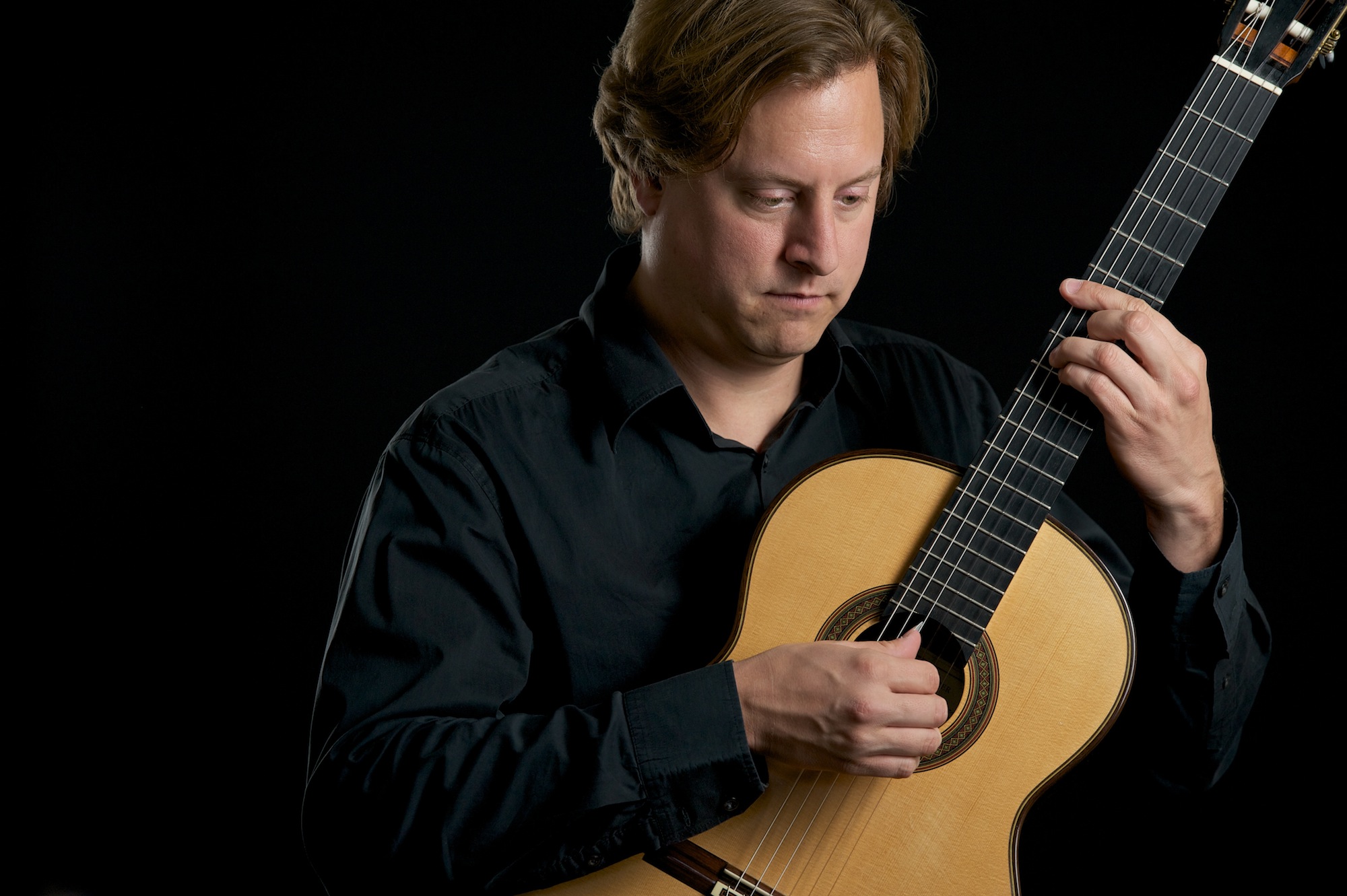 Here is music which seems strangely appropriate for the unofficial end of summer. It’s an excerpt from classical guitarist Jason Vieaux’s 2005 album, Images of Metheny, which pays homage to the music of the Pat Metheny Group. Something interesting happens when Metheny’s glistening, electronic-based, Brazilian-tinged jazz fusion is transferred to the intimacy of the solo guitar.

Letter from Home is the final track on the Pat Metheny Group’s 1989 album by the same name. This long, expansive melody, full of tension and resolution, moves through some interesting harmonic territory. Listen to the original, and then enjoy Vieaux’s solo transcription:

NPR has called Buffalo native Jason Vieaux, “perhaps the most precise and soulful classical guitarist of his generation.” I had the pleasure of performing with him a few years ago when he appeared with the Williamsburg Symphony. His most recent album, Play, won the 2015 Grammy Award for Best Classical Instrumental Solo. For an excerpt from the disk, listen to the sunny Spanish virtuosity of Zapateado.

To the End of the World

And while we’re on the subject of Pat Metheny, here is one of my favorite tracks from the 1995 album, We Live Here. The atmospheric To the End of the World: