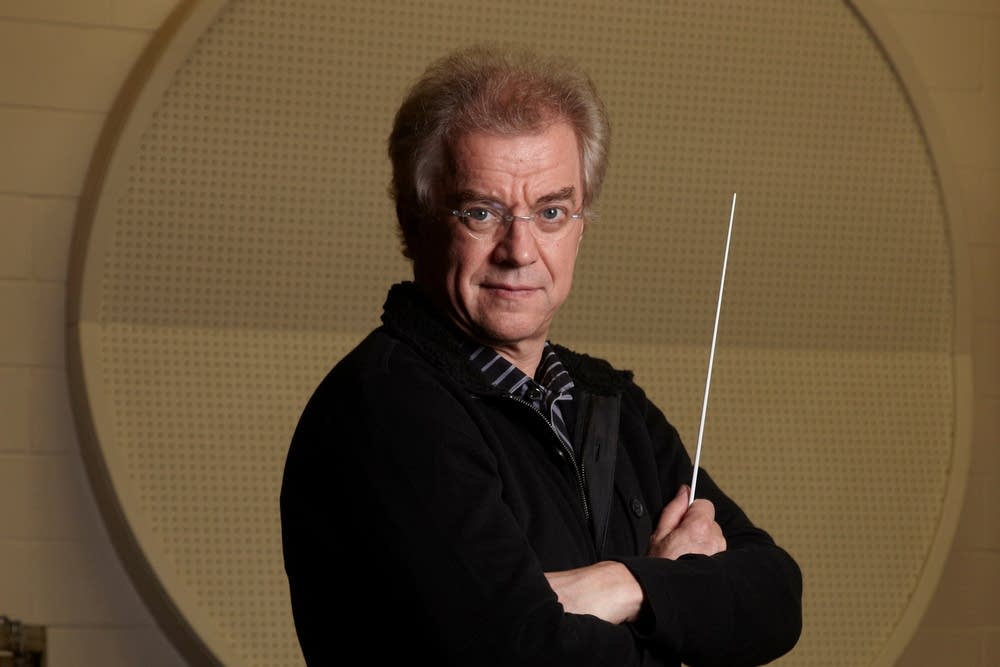 Finnish conductor Osmo Vänskä and the Minnesota Orchestra released an exiting new album this past Friday. The recording, produced on the Swedish label BIS Records, features Jean Sibelius’ Third, Sixth, and Seventh Symphonies. It concludes Vänskä’s celebrated, Grammy-Award-winning Sibelius cycle with the Minnesota Orchestra- a project launched in 2012 and temporarily halted by a fifteen-month-long management-imposed lockout. Recorded in June of 2015, this latest disk is a Super Audio CD with surround sound technology, which attempts to reproduce the kind of balance you would hear if you were sitting in the concert hall.

The chemistry between a conductor and an orchestra is a mysterious thing. By all accounts, Vänskä and the Minnesota Orchestra seem to have the kind of chemistry that makes magic happen, especially when it comes to chilly, brooding Scandinavian music. (Perhaps Minneapolis’ isolation and northerly latitude has something to do with it?) All of this was threatened by the lockout, which saw many musicians leave for other orchestra jobs and Osmo Vänskä resign in protest as Music Director. Luckily, the ship was righted, Vänskä was re-hired, and the rebuilding began in 2014.

Listening to these three works, back-to-back, gives us a sense of Sibelius’ formal evolution as a symphonist. Symphony No. 3 in C major, written in 1907, is set in three movements. It steps back from the unabashed Romanticism of the first two symphonies in favor of something more compact, classical, and austere. But in this work, Sibelius is already beginning to blur the lines that delineate movements. The final movement is actually a compression of two movements into one- something Sibelius described as “the crystallisation of chaos.” By the Seventh Symphony, completed in 1924, all individual movements have melted into one continuous symphonic arc. The Seventh was Sibelius’ final symphony. Although he lived for 33 more years, he soon entered a long, permanent period of compositional silence.

In between, on this recording, is the Sixth Symphony, a colorful, bright snowy musical landscape rooted in the Dorian mode. I offered a few thoughts on Sibelius’ Sixth in this past Listeners’ Club post, along with Vänskä’s earlier 1990s recording with the Lahti Symphony Orchestra.

The opening of Sibelius’ Third hurls us, headfirst, into a gruff, growling Nordic dance. Like some kind of wild, belly-laughing giant, there’s a sense of exhilarating danger in this music. Under the frolicking exterior lies something mildly ferocious. And we get an even greater sense of this underlying terror a few minutes into the movement when we encounter an eerie quiet which barely seems to rise above silence. Listen to the extraordinary sense of dialogue in the passage which follows, as the opening motive is thrown around the orchestra in snarling interjections. Amid all of this motion, long sustained voices seem to be searching to find their harmonic footing. In this passage, the flutes evoke a shivering iciness.

In the second movement, Vänskä interprets Sibelius’ tempo direction, Andantino con moto, quasi allegretto, slightly slower than is often heard. We’re reminded that this gradually unfolding, sometimes lamenting music goes far beyond a simple, graceful country dance. We hear the same long, sustained, searching voices which were present in the first movement. This performance brings out an occasional earthiness and weight that we don’t always hear in other interpretations. The final chords snarl with a sudden sternness.

One of my favorite aspects of this movement is the way the pizzicato so clearly establishes the rhythmic groove and then, suddenly, throws us off balance with a two-against-three cross-rhythm. This sense of buoyant rhythmic “groove” can be felt in a visceral way. There’s also a hypnotic, cyclic quality about this second movement. As the theme continuously returns, new variations sprout and bloom around it, and this emotionally hard-to-pin-down music becomes increasingly complex.

Every time I hear the strange, static chorale which unfolds in the Third Symphony’s triumphant final moments, I’m reminded of the early music of composers such as Pérotin (c. 1200), with its circular sense of time (this excerpt, for example). There are so many currents running through these final bars: the majestically expansive brass chorale, the ferocious, eternally-spinning string lines, rumbles of thunder in the tympani, and woodwind voices which remind us that they, too, have something important to say.