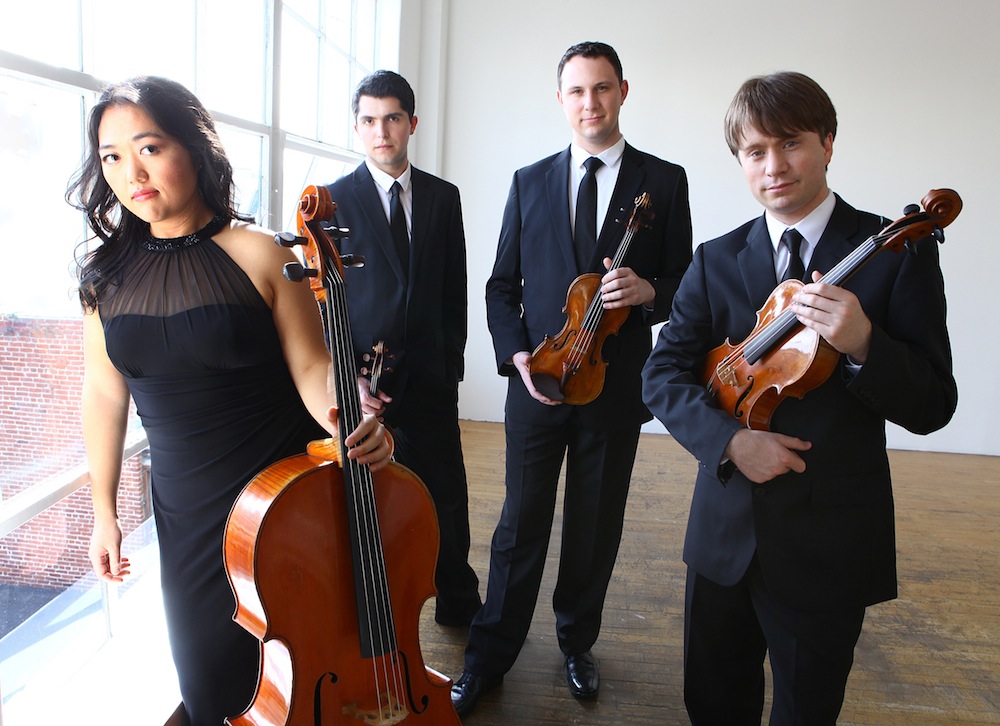 We don’t know any of the details- not even her name. But in 1827 the 18-year-old Felix Mendelssohn seems to have fallen head over heels in love. In June of that year, Mendelssohn was inspired to write the words and music for a love song called Frage, Op. 9 (“Question”). The short song is full of teasingly hesitant questions which find contented resolution in a plagal cadence which evokes the serene, dreamy final bars of the Overture to A Midsummer Night’s Dream, written a year earlier.

Is it true that you always wait for me there in the leafy path by the grape arbor and ask the moonlight and the little stars about me? Is it true? What I feel can only be understood by someone who feels it with me, and who will stay forever true to me.

This song provided the seed for Mendelssohn’s String Quartet No. 2 in A minor, Op. 13, written a few months later. It was so central to the quartet’s development that the song was included with the published score. Mendelssohn wrote to a friend,

The song that I sent with the quartet is its theme. You will hear it – with its own notes – in the first and last movements, and in all four movements you will hear its emotions expressed. If it doesn’t please you at first, which might happen, then play it again, and if you still find something ‘minuetish,’ think of your stiff and formal friend Felix with his tie and valet. I think I express the song well, and it all sounds like music to me.

But as you listen to the Second String Quartet, you’ll quickly realize that this often-stormy music goes far beyond the youthful love song at its heart. 1827 was also the year Beethoven died. More importantly, it was the year in which Beethoven’s enigmatic final five string quartets were published. Most, including Mendelssohn’s father, dismissed Beethoven’s last quartets as (in the words of the violinist Louis Spohr) “indecipherable, uncorrected horror.” But Mendelssohn found deep inspiration as he studied these works. The ghost of Beethoven is present throughout Mendelssohn’s Second Quartet, especially in the final movement which pays homage to the final movement of Beethoven’s Op. 132 , also set in A minor. As with Op. 132, an operatic recitative emerges out of nowhere in Mendelssohn’s quartet.

You’ll hear Frage quoted towards the beginning of the first movement, which quickly moves onward to restlessly stormy territory. The solemnly contemplative second movement unfolds into a fugue which gradually grows in intensity. As I listen to this music, I’m convinced that this is not the music of a vibrant 18-year-old. It’s music which is being channeled through Mendelssohn and which comes from a more mysterious, eternal place. The third movement shimmers with the nocturnal magic of Mendelssohn’s music for A Midsummer Night’s Dream. At the end of the final movement, the stormy ferocity subsides and we’re left with a solitary voice. Then, the quote we heard at the opening of the first movement returns, evoking quiet nostalgia. The cycle is complete.