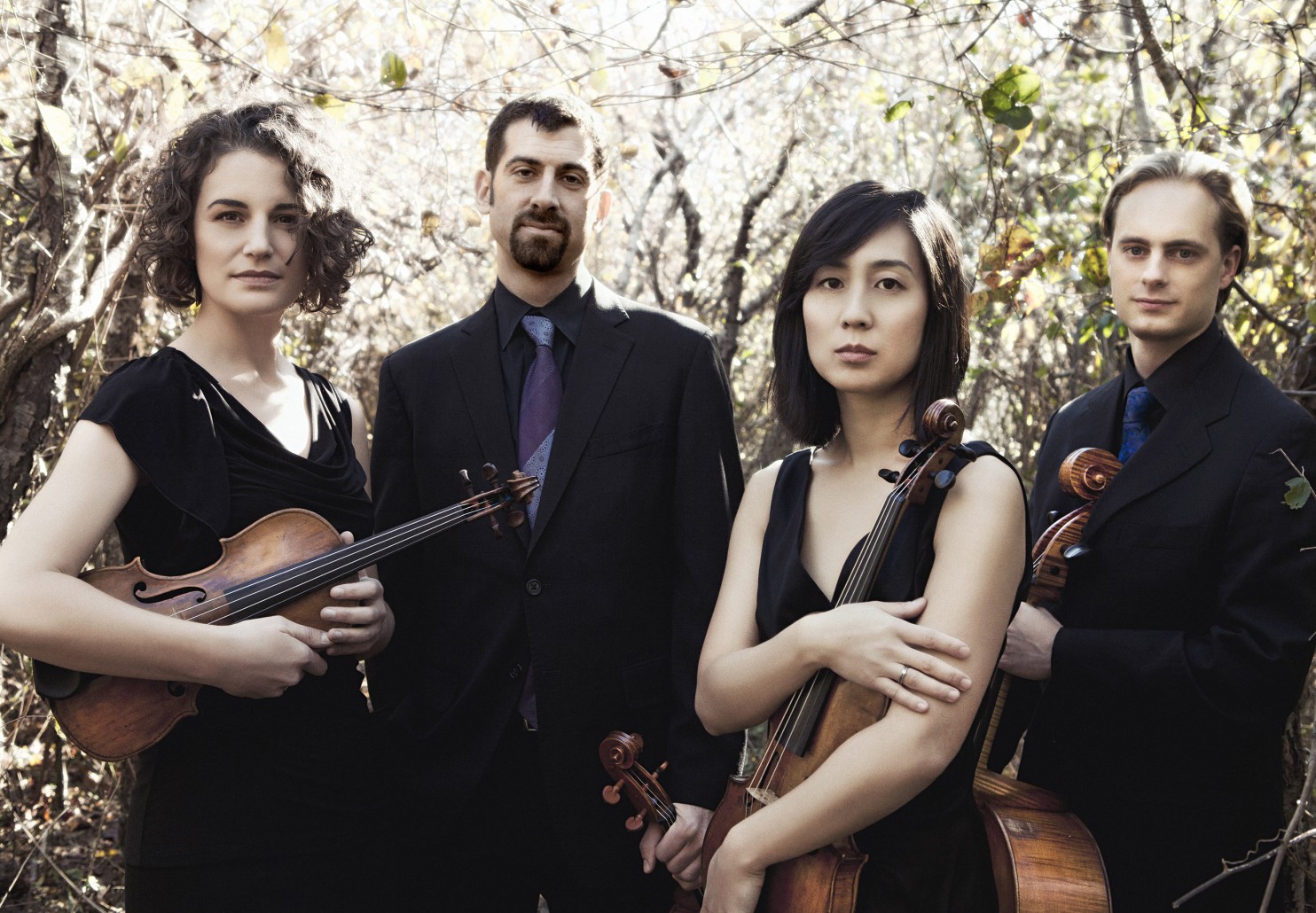 Here are some excerpts from the Chiara String Quartet’s recently released album, Bartók by Heart. The two-disc set features all six string quartets by the twentieth-century Hungarian composer, Béla Bartók. The Lincoln, Nebraska-based quartet was formed in 2000.

As the album’s title suggests, the Chiara String Quartet has begun performing all repertoire completely by memory, a practice which one member of the group has compared to “flying without a safety net.” In a recent interview with Richmond Public Radio’s Mike Goldberg, the quartet’s members talk about the sense of freedom, creative spontaneity, and audience connection which results from removing the “barrier” of music stands. Here is a live concert clip of the Chiara String Quartet performing the spirited final movement of Bartók’s String Quartet No. 5, Sz. 102 from memory.

Let’s listen to two more movements from Bartók’s Fifth Quartet. This five-movement work was written in 1934, following a commission by the prominent American music patron, Elizabeth Sprague Coolidge. The second movement, Adagio molto, opens with the four voices groping their way through the dark with spine-tingling trills. When I listen to this music, I can almost hear the instruments conversing. It’s a conversation filled with a haunting sense of mystery, quiet anxiety, anguish, and mournful lament. The movement ends where it began, by trailing off into the darkness.

The third movement is a Scherzo marked, “in the Bulgarian style.” Bartók traveled the Eastern European countryside recording and documenting folk music which was in danger of extinction. The raw, vibrant sounds of this folk tradition emerge throughout Bartók’s music. You can hear it in this passage early in the Scherzo and in the ornaments here. (Compare this with the sounds of Bulgarian folk music here). Just before the movement’s nonchalant ending, listen for the “snap pizzicato” (also called a “Bartók pizzicato), which is achieved by pulling and releasing the string with so much force that it snaps back against the fingerboard. You may have heard this sound in Bluegrass music, as well as this Time for Three clip.

Rhythmically, this music keeps us feeling off balance. With nine beats in the measure, downbeats never fall exactly where we expect.