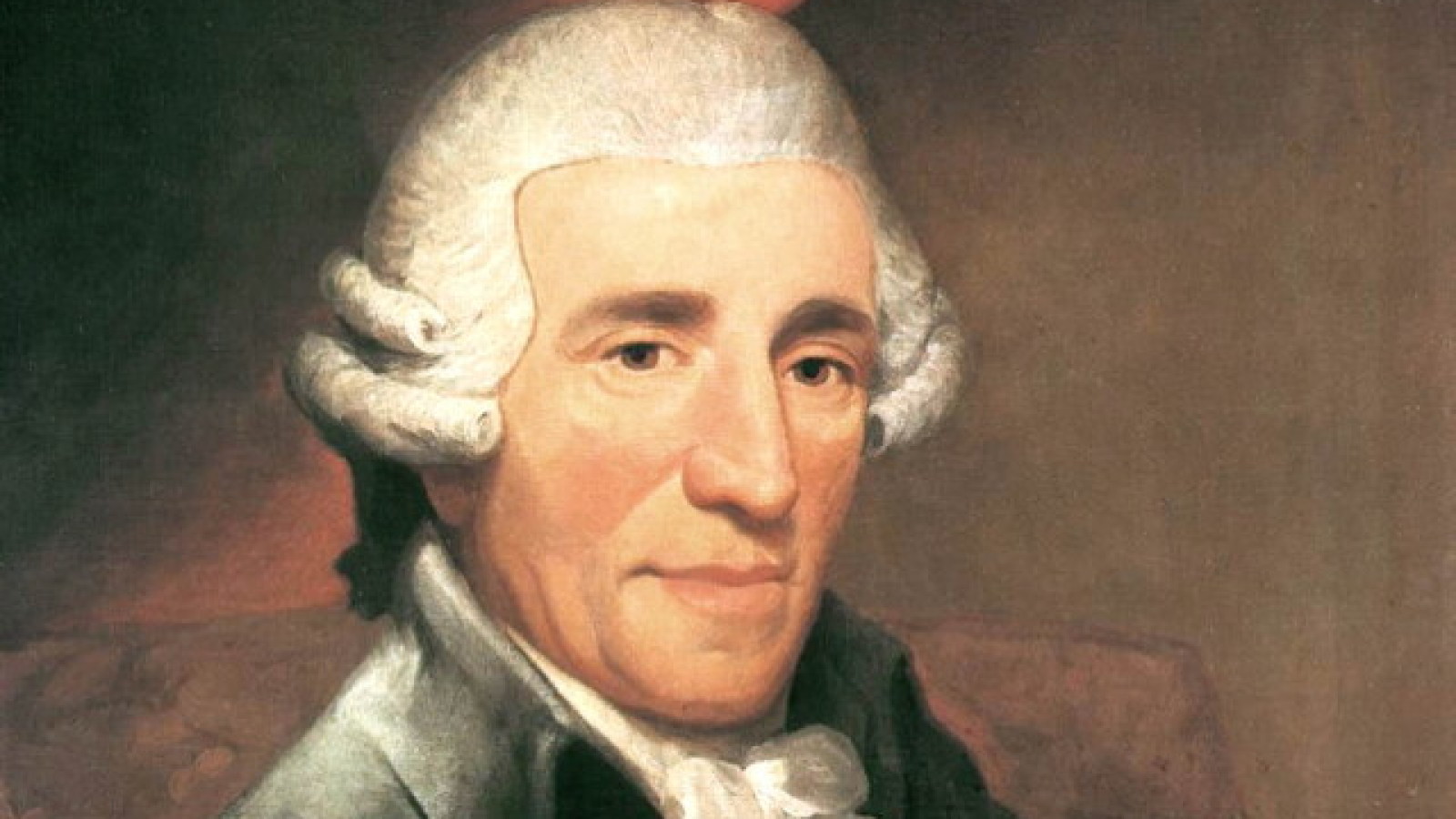 It isn’t everyday that a piece of music is so fascinatingly inventive that it actually saves lives. But, apparently, that’s what happened when Franz Joseph Haydn conducted his newest symphony at London’s King’s Theatre on the evening of February 2, 1795. The German painter, composer and Haydn biographer Albert Christoph Dies (1755-1822) provided this account:

When Haydn appeared in the orchestra and seated himself at the Pianoforte, to conduct a symphony personally, the curious audience in the parterre left their seats and pressed forward towards the orchestra, with a view to seeing Haydn better at close range. The seats in the middle of the parterre were therefore empty, and no sooner were they empty but a great chandelier plunged down, smashed, and threw the numerous company into great confusion. As soon as the first moment of shock was over, and those who had pressed forward realized the danger which they had so luckily escaped, and could find words to express the same, many persons showed their state of mind by shouting loudly: ‘miracle! miracle!’ Haydn himself was much moved, and thanked merciful Providence who had allowed it to happen that he [Haydn] could, to a certain extent, be the reason, or the machine, by which at least thirty persons’ lives were saved. Only a few of the audience received minor bruises.

It’s a great story, but, unfortunately, some of the details don’t add up. The symphony which was performed that evening was actually Haydn’s 102nd. The “Miracle” subtitle, inspired by the story, was later erroneously attributed to Symphony No. 96– and not by Haydn. But A.C. Dies’ account does give us a sense of how wildly eager the concert-going public was to hear what Haydn had up his sleeve. And it’s worth remembering that this was a time when revolutionary winds of change were howling. These were some of the first concerts for an enlightened, middle class, public audience rather than a handful of wealthy, privileged aristocrats. Haydn was free to transcend skillfully crafted background music. The result is music which demands that we listen. Haydn’s final twelve “London Symphonies” (No. 93-104), written between 1791 and 1795, are among his finest and most profound.

Despite its number, Symphony No. 96 was actually the first of the “London Symphonies” to be written, and the first to be performed. It’s set in the celebratory key of D major with the triumphant sounds of trumpets (at that time valveless) and tympani. At moments, you can hear the seeds of Beethoven (Haydn’s student). The brief Adagio which opens the first movement flirts with the same melancholy sense of searching development we hear in Beethoven’s music. This passage, a few minutes later, seems to anticipate the hushed tension of the Scherzo of Beethoven’s Eroica Symphony. Haydn’s music is often filled with clever, comic surprises that keep us on our toes. It’s fun to imagine those first London audiences taking the wild ride of the development section’s abrupt key changes and delirious conversing voices.

In the opening of the second movement (Andante), listen to the way the woodwind instruments, each with its own distinct persona, disrupt what would otherwise be a stately and well-behaved theme with comically “inappropriate” interjections. All of this innocent fun suddenly gives way to a powerful, sombre fugue (again, anticipating the heroism of Beethoven).

The Menuetto: Allegretto is an elegant Austrian dance, but notice that Haydn occasionally throws in some rebelliously “wrong” notes. The Finale: Vivace assai takes us on another frolicking, wild ride filled with sudden sharp turns and occasional jarring dissonances. It’s simultaneously gruff and benevolent, offering up a generous helping of crazy fun.

Here is the Orchestra of the Eighteenth Century, conducted by Frans Brüggen: