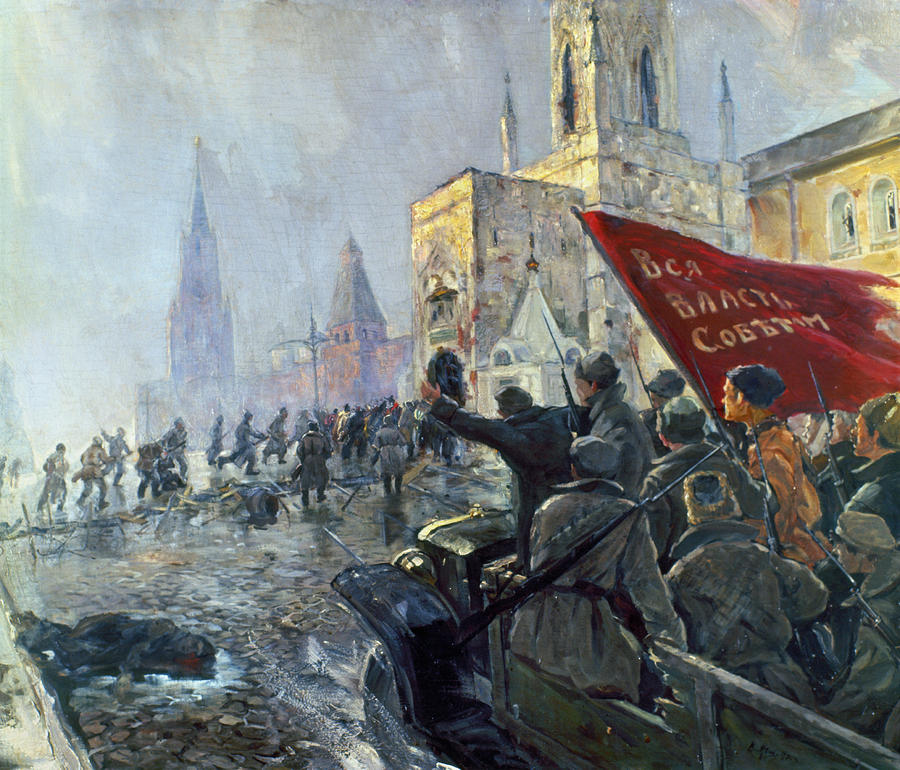 Ideas are more powerful than guns. We would not let our enemies have guns, why should we let them have ideas.

Art and totalitarianism don’t mix. Dmitri Shostakovich’s uneasy coexistence with the Soviet authorities is one of music history’s most prominent examples of this axiom. Shostakovich’s relationship with the Soviets was full of contradictions. He produced numerous scores for Communist propaganda films (listen to the finale of The Fall of Berlin, Op. 82 with its Rimsky-Korsakov-esque weight and bravado). He frequently towed the party line, denouncing jazz as a “bourgeois” genre, while composing two Jazz Suites. In 1936, at a time when prominent artists were frequently murdered and imprisoned for producing the “wrong” kind of art, Shostakovich was attacked by Stalin for the ballet score Lady Macbeth of the Mtsensk District. An anonymous essay believed to be written by Stalin himself in Pravda, the official Communist Party newspaper, characterized the score as an “intentionally unharmonious muddled flow of sounds” and a danger to the Soviet people. Composers close to Shostakovich, as well as his family members, were arrested. A fearful Shostakovich withdrew his Fourth Symphony before its premiere (it was not heard until 1961) and set about writing more “acceptable” music: the Fifth Symphony which was contritely subtitled, “A Soviet Artist’s Response to Just Criticism.” In 1960 Shostakovich joined the Communist Party in order to assume the position of General Secretary of the Composers’ Union. Yet he was apparently distraught, later confiding in his wife, Irina, that he had been blackmailed.

All of this makes Shostakovich’s music, at times, emotionally hard to read. There’s often an insincerity lurking behind his most seemingly celebratory moments- something mocking and grotesque just below the surface. We hear this in the forced triumph of the Fifth Symphony’s final bars, where a brass fanfare labors to reach its conclusion amid hollow, repeated eighth notes in the strings. Throughout Shostakovich’s works, the musical cryptogram of the DSCH motive emerges- Shostakovich’s initials implanted into the music as pitches. Sometimes the motive is defiantly repeated as a constant reminder of the enduring power of the spirit.

With all of this in mind, let’s listen to three pieces Shostakovich wrote to commemorate anniversaries of the October Revolution- the October 25, 1917 seizure of state power through insurrection that led to the Russian Revolution. In 1937, Prokofiev wrote a sprawling cantata marking the same event.

This stormy symphonic poem was written in 1967 to commemorate the fiftieth anniversary of the October Revolution. But did Shostakovich leave a coded message in the music betraying his true feelings?  The opening quotes the Tenth Symphony, written as an equally veiled response/celebration of Stalin’s death. Additionally, there are allusions to a song called To the Partisan which Shostakovich had used in the 1937 film score of Volochayevka Days in the context of freedom fighters battling a repressive regime. It’s hard to know how to take the “celebration” of the final bars, the only time the music ventures into a major key. Are those trumpet fanfares genuinely triumphant, or are they sarcastic cheers?

When Shostakovich assessed his fifteen symphonies in later years, he wrote, “two, I suppose, are completely unsatisfactory – that’s the Second and Third.” The Second Symphony was commissioned by Lev Shuglin, head of the Propaganda Department of the State Music Publishing House to commemorate the tenth anniversary of the October Revolution. The 21-year-old Shostakovich struggled to find inspiration for the Symphony. He complained to a friend about the text he was given for the choral section which concludes the work. “I’m composing the chorus with great difficulty. The words!!!!” In fact Shostakovich found the text so uninspiring that he opted to allow the final lines to stand as spoken chant. In some performances, the blast of a factory whistle can be heard before the chorus’ entrance in homage to workers and the power of industry.

Festive Overture, Op. 96 may be Shostakovich’s ultimate celebratory work. It was written for the thirty-seventh anniversary of the October Revolution and first performed at Moscow’s Bolshoi Theatre in 1954. Mikhail Glinka’s brisk Overture to Ruslan and Lyudmila (1842) served as a model. I love the sudden, higher-reaching modulation in the majestic opening and closing fanfare sections. Just when you think the music can’t get any more exciting, suddenly it does. Again, is this an expression of genuine celebration, or something a little too over the top?