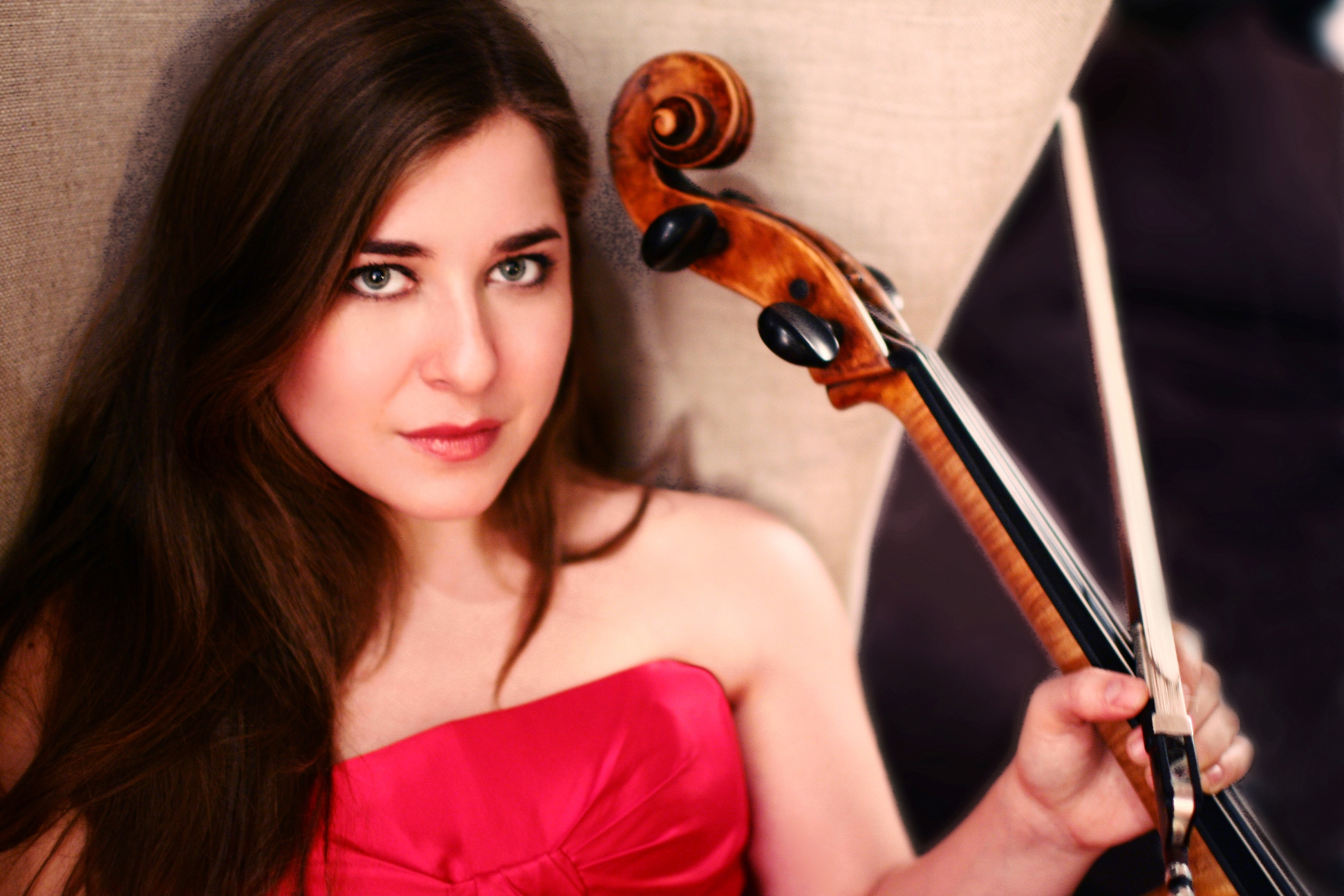 It’s always fascinating to consider musical lineage. Great musicians pass along ideas about a given piece to their students based on what they were taught. Eventually, the line runs back to the performer who premiered the music and worked directly with the composer.

We get a sense of this lineage with Alisa Weilerstein’s new recording of Dmitri Shostakovich’s two Cello Concertos. Shostakovich wrote both concertos for Mstislav Rostropovich, with whom Weilerstein studied. She talks about her association with Rostropovich here.

The First Concerto, written in 1959, opens with a hellish, sardonic Allegretto, which Shostakovich described as a “jocular march.” The opening motive is derived from the famous “DSCH” motive which translates Shostakovich’s initials into corresponding pitches in German musical notation: D, E-flat, C, B natural (In German notation Es is E-flat and H is B). This sly musical signature is imprinted on many of Shostakovich’s works. Here, it’s repeated obsessively, like a troubling thought you can’t quite get out of your mind. The second movement (Moderato) is filled with a haunting sense of lonely isolation which gradually becomes increasingly anguished and then recedes into these chilling final bars. Here is the entire movement:

In the third movement the orchestra falls silent and we’re left with the solitude of a solo cello cadenza. The Allegro con moto which rounds out the First Concerto contains a mocking quote of the traditional Georgian melody, Suliko. This was Stalin’s favorite song and it found its way into Rayok, Shostakovich’s musical satire of the Soviet system.

Stylistically, the Second Cello Concerto, written in the spring of 1966, marks the beginning of Shostakovich’s “late period.” The opening Largo was originally conceived as the opening movement of a symphony. The Odessa street song, Bubliki, kupitye, bubliki (Buy My Bread Rolls) emerges in grotesque form in the second movement, Allegretto. A variation of this theme returns in the final movement. As with the obsessive repetition of the “DSCH” motive in the First Concerto, this folk song can be heard as a persistent voice which can’t be silenced.

Pablo Heras-Casado and the Bavarian Radio Symphony Orchestra accompany Weilerstein on this disk.