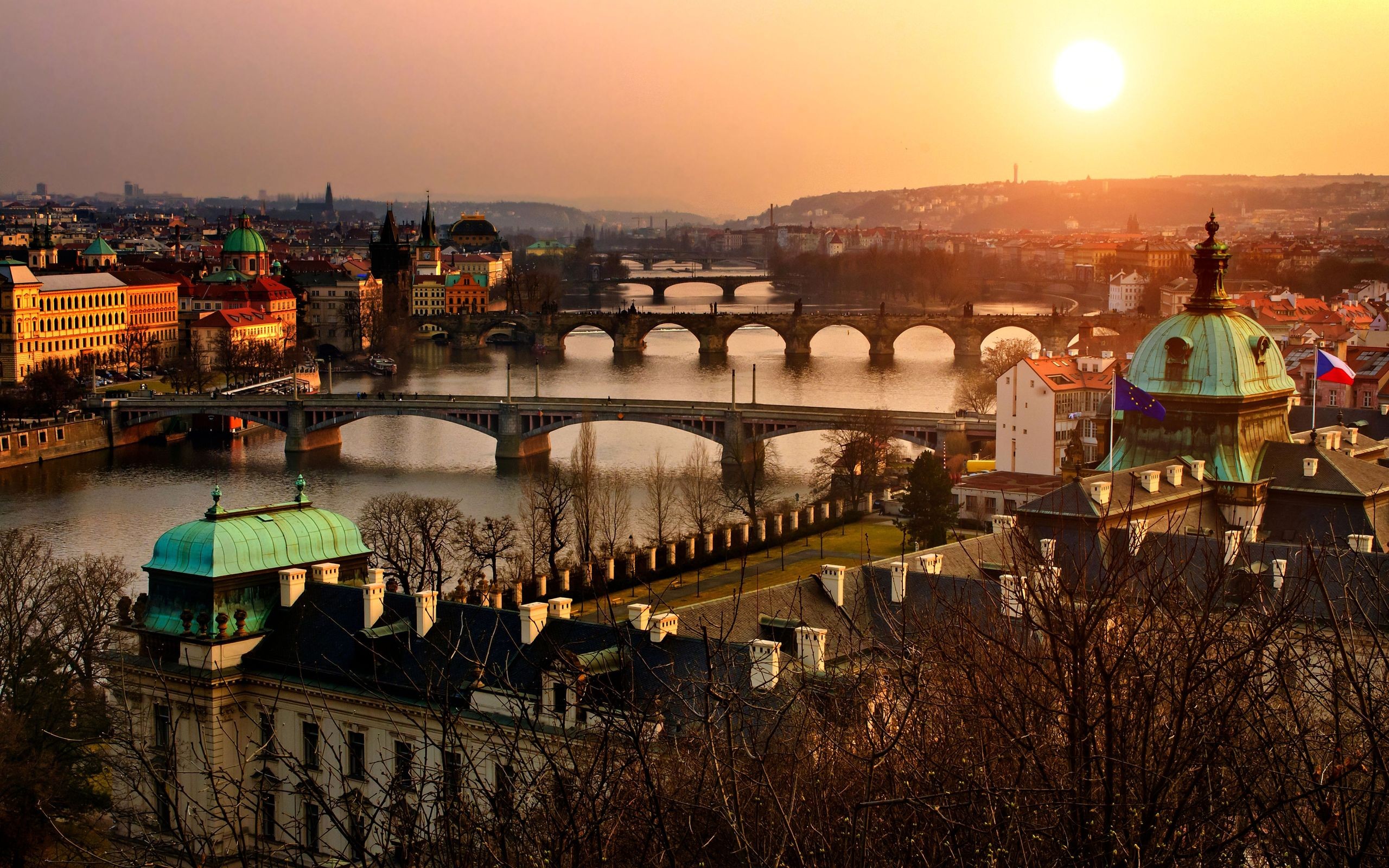 Consider, for a moment, all of the possible ways a symphony can begin. Then, listen carefully to the opening of Antonín Dvořák’s Symphony No. 7 in D minor. This opening statement, emerging out of the dark depths of D minor, is filled with mystery, tension, quiet anxiety, and restless, heroic energy. It’s a world away from the sunny majesty of Dvořák’s Eighth or the hushed, lamenting nostalgia of the introduction of the “New World” Ninth. Here, we’re immediately drawn into a much more haunting drama. And while the first movement (Allegro maestoso) moves on into more relaxed territory (like the amiable second theme in B-flat major), we’re never quite able to transcend the anxiety of this opening, not even in the movement’s solemn final bars. The opening motive, infused with a distinctly Czech folk-inspired rhythmic punctuation, returns throughout the first movement with almost obsessive persistence. At the end of the development section (one of my favorite passages in the whole piece), it reaches an ominous climax. There’s a sudden, triumphant turn to F major in the first movement’s coda. It’s the heroic glimpse of sunlight we’ve been waiting for, but this moment is short-lived as D minor firmly reasserts itself.

Similarly, the Seventh Symphony’s Finale revels in ferocious struggle, arriving at a D major resolution only at the last possible moment. (The Symphony’s furious final minute is a truly thrilling ride). Listen to the frenzy of stormy counterpoint which builds in this passage, in which the orchestra turns into a giant pipe organ.

The interior movements take us deeper into the Bohemian countryside. In the second movement (Poco adagio), the open fifths of hunting horns (suggested in various conversing voices in this passage) echo through a shimmering landscape. Dvořák occasionally gives us rhythmic surprises and nowhere is this more evident than in the ebullient Scherzo: Vivace – Poco meno mosso in 6/4 time. In many ways, this movement suggests a Furiant, a rapid Bohemian dance in which shifting accents form pairs of beats. For example, listen to the way a feeling of three is rudely disrupted by a feeling of two in this passage. Notice the way the pulse melts away amid a series of cross rhythms in the trio section. Try to find the downbeat in the transition back to the Scherzo. And, finally, listen to the way the Scherzo ends with a blazing celebration of competing voices and delightful rhythmic ambiguity.

When Dvořák began work on this piece in December, 1884, he had just heard Brahms’ Third Symphony. There are surely echoes of Brahms throughout the Seventh Symphony. But this is also music inspired by the struggles of the Czech people for national identity. “What is in my mind is Love, God, and my Fatherland,” wrote Dvořák to a friend around this time. Ironically, Dvořák’s German publisher, Fritz Simrock, (who also published Brahms’ music) displayed anti-Czech sentiments, attempting to change “Antonín” to the German “Anton” on the title page. Simrock, who encouraged Dvořák to focus on light, popular music like the Slavonic Dances, attempted to pay a paltry 3000 marks for the Seventh Symphony. Following Dvořák’s protests, he grudgingly raised the sum to 6000 marks.

The genesis of the Seventh Symphony came to Dvořák in the Prague train station where his fellow countrymen were arriving in preparation for a concert at the National Theatre to benefit political struggles:

“The first subject of my new symphony flashed in to my mind on the arrival of the festive train bringing our countrymen from Pest.”

During the Velvet Revolution (the peaceful end of Soviet control of Czechoslovakia in 1989), Dvořák’s music was played nightly and was integral to the national identity of the Czech people.