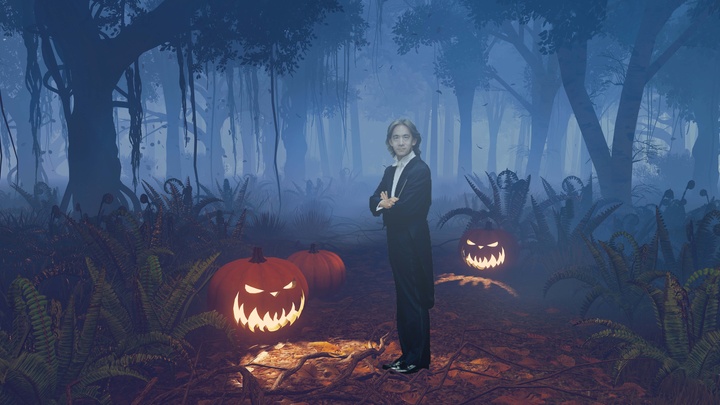 Kent Nagano and the Montreal Symphony have released a spooky new album on the Decca label just in time for Halloween. Danse Macabre features some well-known favorites as well as some surprises.

Paul Dukas’ colorful tone poem, The Sorcerer’s Apprentice is full of sparkling wizardry and adventure. This passage must have influenced John Williams’ film score for Star Wars. Also included is Modest Mussorgsky’s Night on Bald Mountain. (I offered a few thoughts on this ghoulish piece along with the edgy, seldom-heard original version in an earlier post). Dvorák’s symphonic poem, The Noonday Witch is based on “Lady Midday,” a demon from Slavic mythology. This passage from The Noonday Witch must rank among Dvorák’s most haunting.

One of the album’s lesser-known gems is Tamara, a symphonic poem by the Russian Romanticist Mily Balakirev (1837-1910). It was written at a time when Caucasus, a region situated between the Black and Caspian seas, had just become unified under Russian rule. At one point in the music, we hear the exotic sounds of the nearby Middle East seeping in. Tamara was inspired by an ancient legend (recounted in a poem by Mikhail Lermontov) from Caucasus. The plot

describes a beautiful but evil princess (Tamara) whose songs lure travelers to her enchanted castle in the Caucasus by the river Terek. After a night of passion, the princess murders the traveler, whose body is borne away by the river.

Tamara is filled with the shimmering, lush orchestration we associate with Balakirev’s (now) more famous contemporary, Nikolai Rimsky-Korsakov. (This magically colorful chord seems reminiscent of Russian Easter Overture). By all accounts Rimsky-Korsakov was greatly influenced by the music of Balakirev. There are moments in Rimsky-Korsakov’s Scheherazade (written in 1888, five years after the premiere of Tamara) which bear a striking resemblance to passages written by Balakirev. For example, listen to the flute’s rhapsodic line near the beginning of the piece, the descending chromatic string lines here, and this passage which will remind you of the middle section of the Scheherazade‘s third movement. In its final minutes, Tamara’s coda enters into a musical landscape filled with mystery and serene beauty, culminating in a sparklingly colorful final chord.

Childhood memories of Halloween inspired this 1907 composition by Charles Ives which features the unusual combination of piano quintet and bass drum. Ives wrote that this music was “written for a Halloween party and not for a nice concert.” Listen to the way a few ghostly threads in the beginning grow into something increasingly raucous. A surprisingly “classical” ending finishes the piece off with a large dose of outlandish humor.

The violin has been called “the Devil’s instrument” and in Saint-Saëns’ Danse Macabre it lives up to that reputation, entering on the interval of a tritone (known as “the Devil’s interval”), a sound so harsh that at one time composers avoided it. Danse Macabre is an exhilarating romp filled with dancing skeletons (listen particularly to the xylophone’s depiction of rattling bones which found its way into Saint-Saëns’ The Carnival of the Animals ) and a quote of the Gregorian chant of the dead, the Dies Irae.