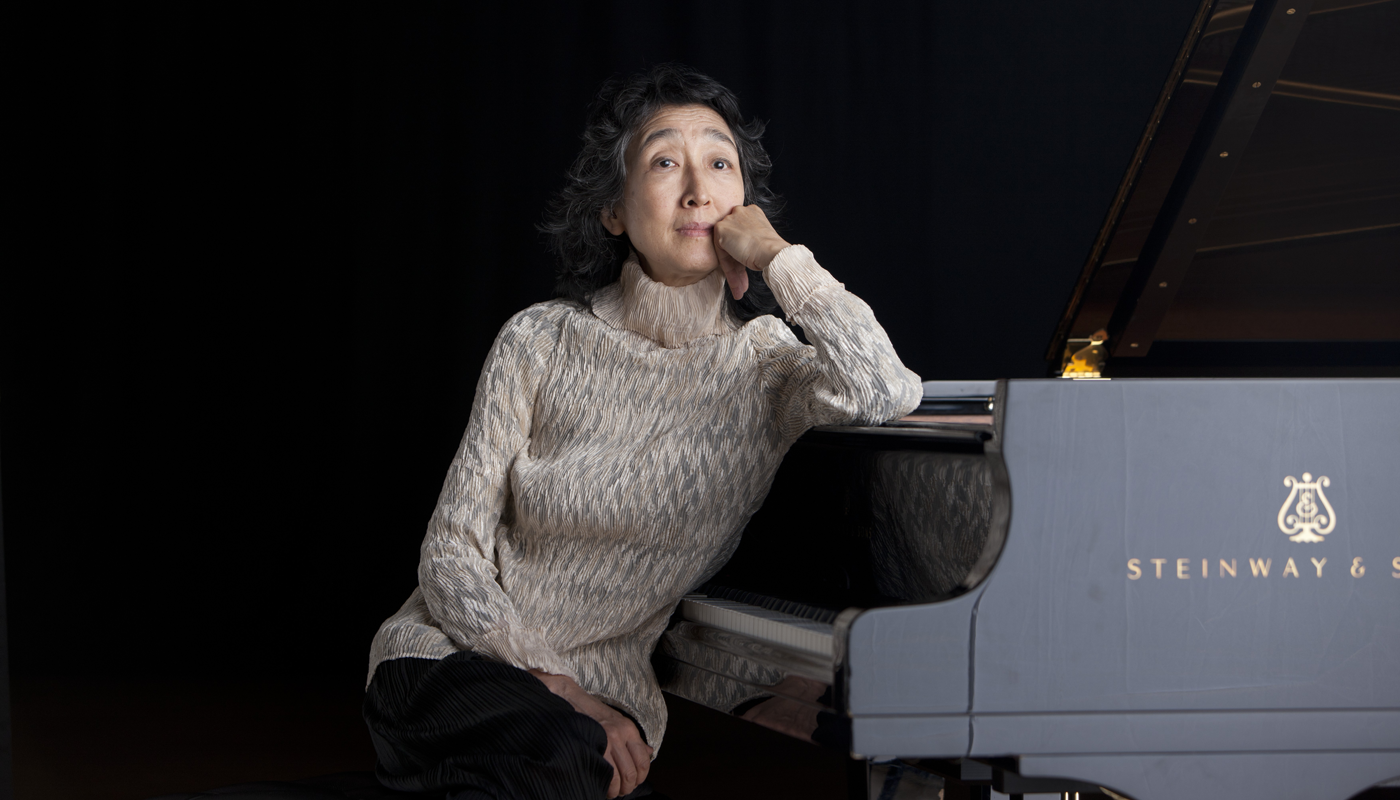 Pianist Mitsuko Uchida and the Cleveland Orchestra have released a new album featuring two Mozart Piano Concertos (No. 17 and 25). The performances were recorded live at Severance Hall last February. Over the past five years, Uchida and the Cleveland Orchestra have recorded select Mozart Piano Concertos on the Decca label. This is the fourth and final album in the series. (The first won a Grammy in 2011).

Mitsuko Uchida recently offered this background on the two concertos:

With K. 453 in G major (No. 17) Mozart opens a new horizon in his piano concertos…With this lyrical and poignant piece, he began using the woodwinds as solo instruments, almost equal to the piano. This new inspiration reaches its peak with K. 503 in C major (No. 25), the grandest of all the concerti, majestic and mysterious. The often asked question which piano concerto of Mozart was my favourite, I have to answer ‘The one I am playing today.’ But these two come pretty much at the top.

Trumpets and tympani contribute to the “grand and majestic” sound of Concerto No. 25, completed in 1786. In some ways this piece anticipates Mozart’s “Jupiter” Symphony, written two years later, as well as the heroic sounds of Beethoven. The French Revolution was still three years away and La Marseillaise wasn’t written until 1792. But it’s hard not to hear their coincidental foreshadowing in this music. Throughout the first movement, listen to the variety of conversations which unfold between instruments in a magical, ever-changing wordless drama. I love the way this beautiful melody emerges, and the way the music suddenly veers into darkness and mystery.

The second movement is also filled with mystery and lament. For example, listen to the strange, disjointed interjections in this passage. A variety of woodwind voices engage in a seamless dialogue with the piano:

The Rondo third movement opens with a gavotte which originated as ballet music for Mozart’s 1781 opera, Idomeneo. In a Rondo movement the music goes off on a series of far-reaching adventures while continuously returning back to a principal melody- an “A” section. Here, we visit some really interesting places. For example, listen to the way this melody emerges, suddenly, and then develops as it’s passed from one instrument to another- at one point it even enters briefly into a canon between the flute and bassoon. Each new voice in this passage brings its own distinct persona. Then there’s the mischievous humor of the avoided resolution and the piano’s seemingly exasperated impatience in this passage.