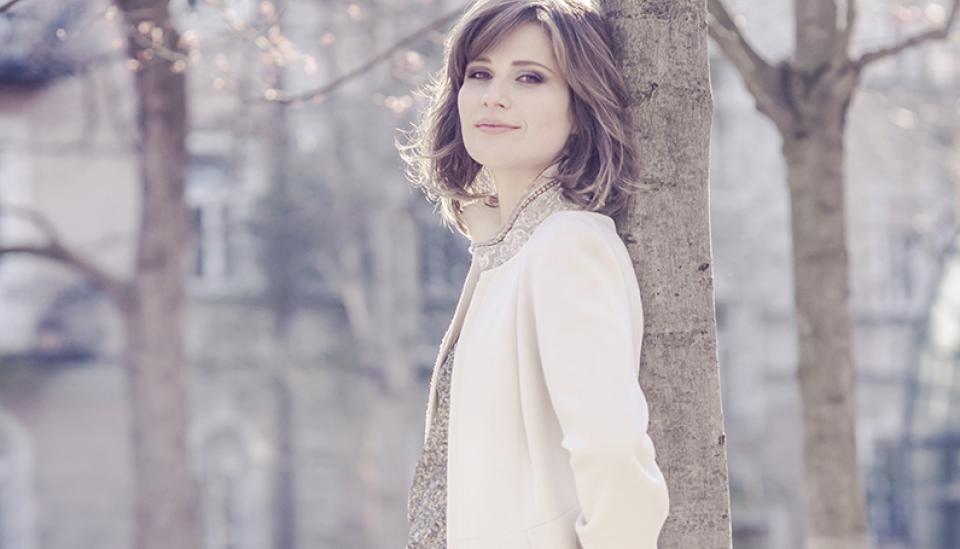 Georgian-born violinist Lisa Batiashvili’s newest album offers a surprisingly fresh take on two standard pillars of the violin repertoire- the Tchaikovsky and Sibelius Concertos. Batiashvili is joined by conductor Daniel Barenboim and the Staatskapelle Berlin on this Deutsche Grammophon recording.

Batiashvili’s interpretation of the Tchaikovsky is full of fluid tempo changes. It’s generally more contemplative than the classic performances of Heifetz and Oistrakh. (For example, listen to the burning intensity just below the surface of the second movement’s hushed stillness or the magical conversation which takes place between instruments in this passage in the final movement). At the same time, as Batiashvili mentions in this recent violinist.com interview, there’s a sense of the “lightness” and “sparkle” of Mozart, a composer for whom Tchaikovsky had a deep affinity. The final movement displays the elegant sweep of Tchaikovsky’s ballet music.

The Sibelius Concerto’s icy winter landscape offers a stark contrast to the Tchaikovsky. The gradually-unfolding second movement combines brooding darkness and quiet reverence with moments of majestic grandeur. This may be the most overtly emotional performance of this music I have ever heard. The final movement is an exhilarating Nordic dance.

Lisa Batiashvili plays a 1739 Guarneri del Gesu violin on this recording. Here is the complete Sibelius:

Lisa Batiashvili previously recorded the Sibelius Violin Concerto in 2007 with Sakari Oramo and the Finnish Radio Symphony Orchestra. Included on that disc is the Violin Concerto of contemporary Finnish composer Magnus Lindberg, which Batiashvili premiered at New York’s Mostly Mozart Festival. You can hear echoes of Sibelius in the dark, gradually shifting colors of this work. Like so much of Sibelius’ music, there’s an underlying feeling of tension which builds over long sonic expanses. Listen for the heroic, woodsy horn statement which emerges at key moments in the first movement. At the end of the second movement, layers of orchestral color, outlining the interval of a fifth (the fundamental sound of the open strings of the violin) melt away into an extended cadenza.