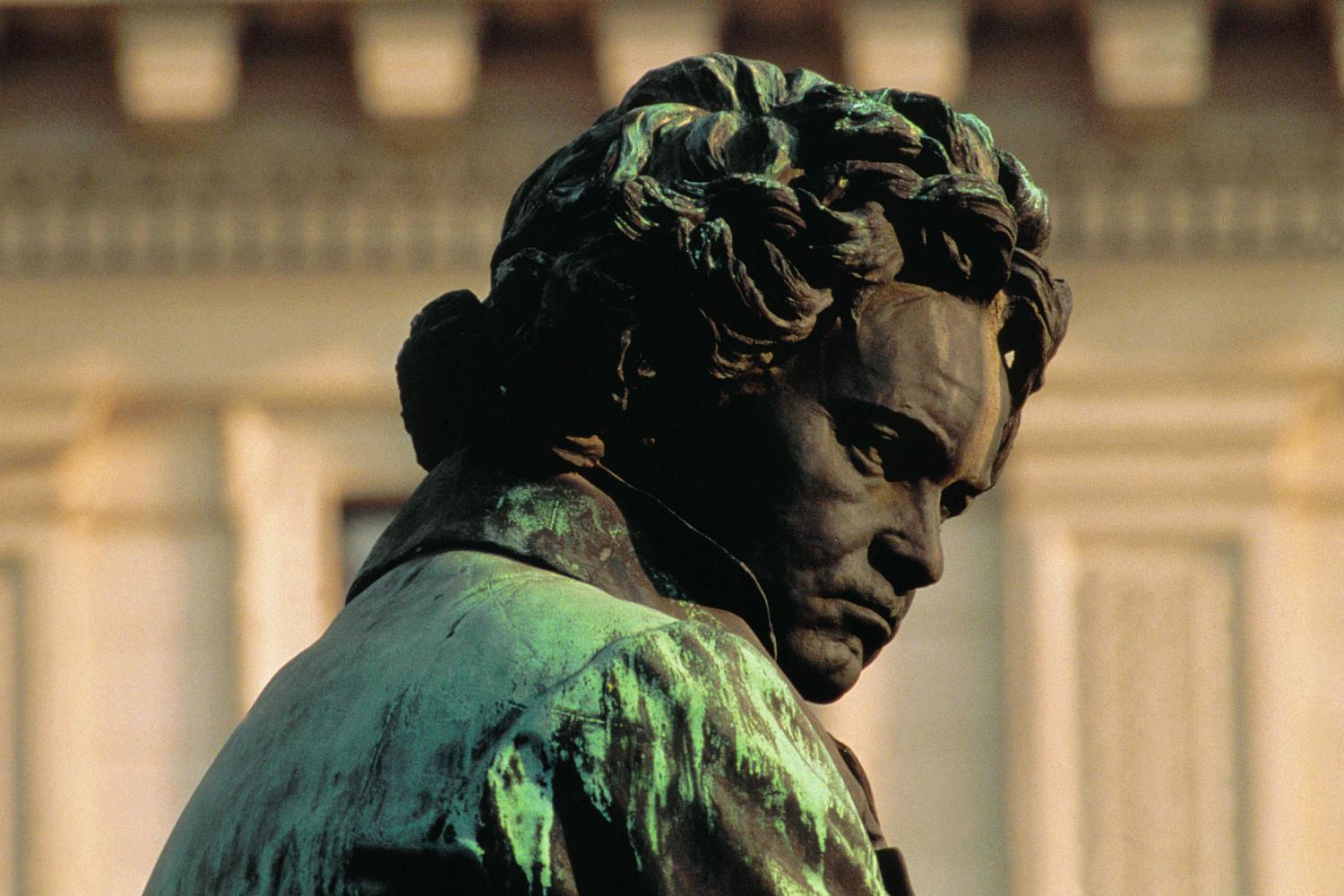 Intense, heroic struggle culminating in transcendent exultation and joy- these are elements that we often associate with the music of Beethoven. But lately I’ve noticed that in rare, fleeting moments throughout Beethoven’s works another power seems to emerge, mysteriously. It can best be described as gratitude- a sense of surrender and a glimpse of the transcendent. It’s something we hear in the “Holy song of thanksgiving of a convalescent to the Deity, in the Lydian Mode,” the strange and otherworldly third movement from the Op. 132 String Quartet. It’s also present in this theme from the final movement of the Fourth Piano Concerto which seems to anticipate the Ninth Symphony’s Ode to Joy, perhaps Beethoven’s most spectacularly overt celebration of gratitude and universal brotherhood.

As the Heiligenstadt Testament illustrates, Beethoven’s life, itself, was a cycle of struggle, acceptance, and transcendence. Following contemplation of suicide in the face of gradual but persistent hearing loss, Beethoven ultimately transcended these demons with renewed artistic vigor. Still, I don’t believe it’s Beethoven’s personal gratitude or struggle we hear in the music, but something more universal and hard to pin down.

Listen to the excerpts I outlined above and see if you can hear the “spirit of gratitude” I’m describing. Then listen to one more example: Beethoven’s Mass in C, a piece which is often overshadowed by the monumental Missa Solemnis, written around fifteen years later. The Mass in C was commissioned by Prince Nikolaus Esterházy II (the employer of Beethoven’s teacher, Haydn) in 1807. The writer Charles Rosen has called its underrehearsed first performance Beethoven’s “most humiliating public failure.” Beethoven’s radical treatment of the text led an exasperated Prince Esterházy to ask, “My dear Beethoven, now what have you done?” Later he confided in a letter, “Beethoven’s mass is unbearably ridiculous and detestable, and I am not convinced that it can ever be performed properly. I am angry and mortified.” But in an 1813 review, E.T.A. Hoffmann described this music as the “expression of a childlike serene mind, which, relying on its purity, trusts in belief in God’s mercy and pleads to him as to a father who wants the best for his children and fulfills their requests.”

The Mass in C‘s Credo is a drama which takes us from the agitation and mystery of the opening to a celebratory fugue. But then, in the final moments, listen to the way the singers (with their literal text) fade into the background and the instrumental voices of the flutes and bassoons enter the conversation. It might seem like a brief, almost insignificant passage. Yet these instrumental voices seem to be capturing a profound musical “release” into quiet gratitude. Something similar happens in the final movement as the Agnus Dei melts into a dona nobis paced which suddenly and movingly finds its way back to the music we heard in the opening of the Mass.

Here is the entire Mass in C. As an aside, listen for the Fidelio theme which pops up, inexplicably at the end of the Gloria.