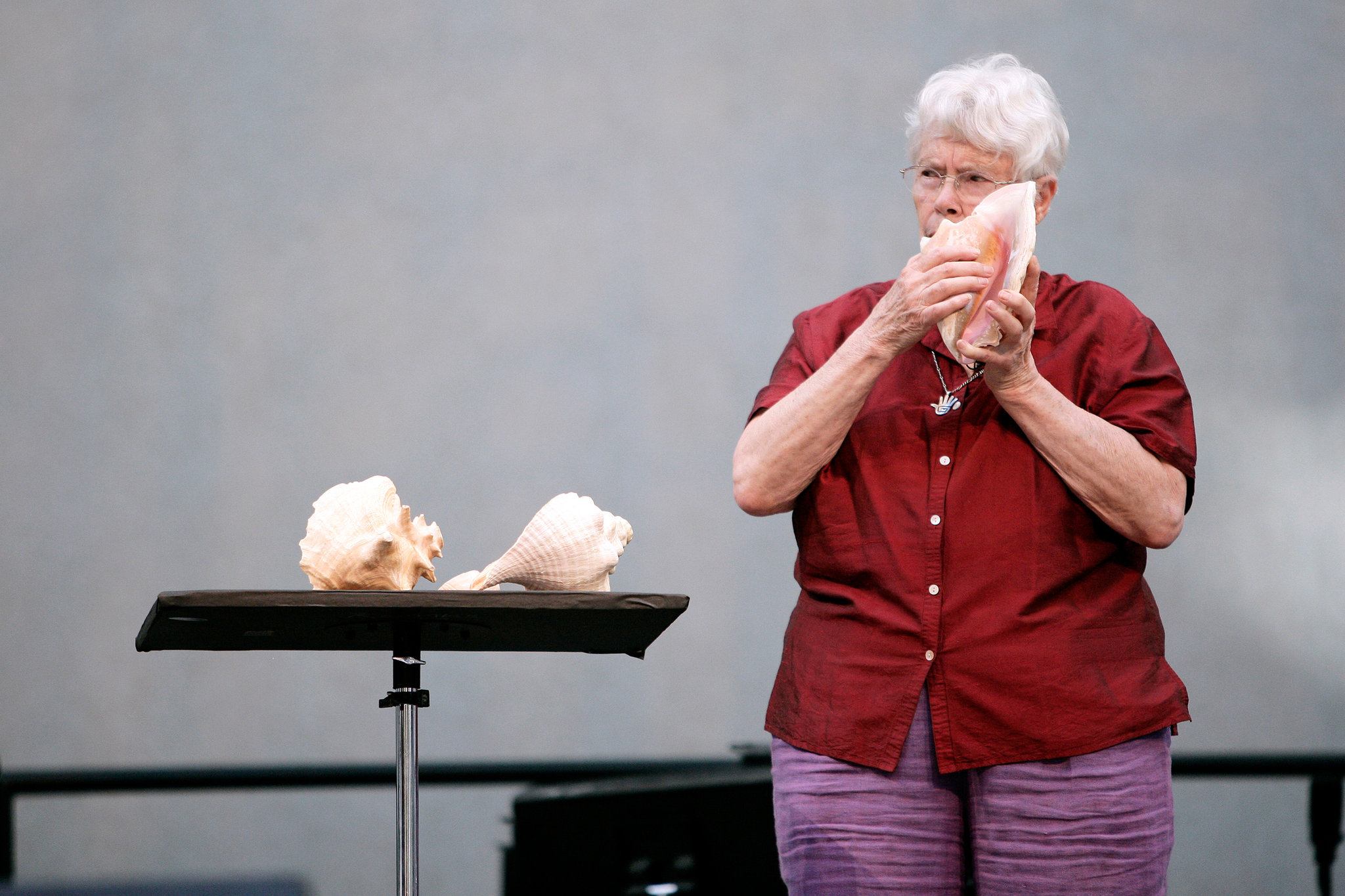 Listen to everything all the time and remind yourself when you are not listening.

Even though the newborn has trillions of neurons, by the time they’re eighteen months old they’ve lost quite a bit, because they’re focusing on exclusive sounds of speech. So that sort of takes you away from the sensation of sound.

American composer, accordionist, and theorist Pauline Oliveros passed away last Thursday. She was 84. Oliveros was a pioneer of experimental and electronic music. As an author and theorist, she was interested in opening up new ways to listen to music with concepts such as “Deep Listening” and “Sonic Awareness.” Here is her TED talk, The Difference Between Hearing and Listening. Her work seems to have paralleled the development of Ambient music (listen to Brian Eno’s Textures from 1989) and anticipated the work of composers such as John Luther Adams.

The solo accordion track, Crossing the Sands from Oliveros’ 1988 album, The Roots of the Movement, develops gradually over a drone. It seems to evoke the circular quality of Middle Eastern and Asian music. It’s music which is simultaneously fast and slow. On one level we hear a flurry of activity, but there’s also a sense of timelessness:

Here is the mournfully atmospheric Lapis Lazuli, recorded live on October 5, 2013 in Ottawa, Canada by Oliveros’ Deep Listening Band. It’s an excerpt from the album, Dunrobin Sonic Gems. Acoustics and reverberation become essential elements in this music, rooted in the pure power of sound.

Beautiful Soop was written in 1966 during Oliveros’ tenure as director of  the Tape Music Center at Mills College in Oakland, California. This piece, which features recorded samples of the human voice, is performed using reel-to-reel tape recorders.