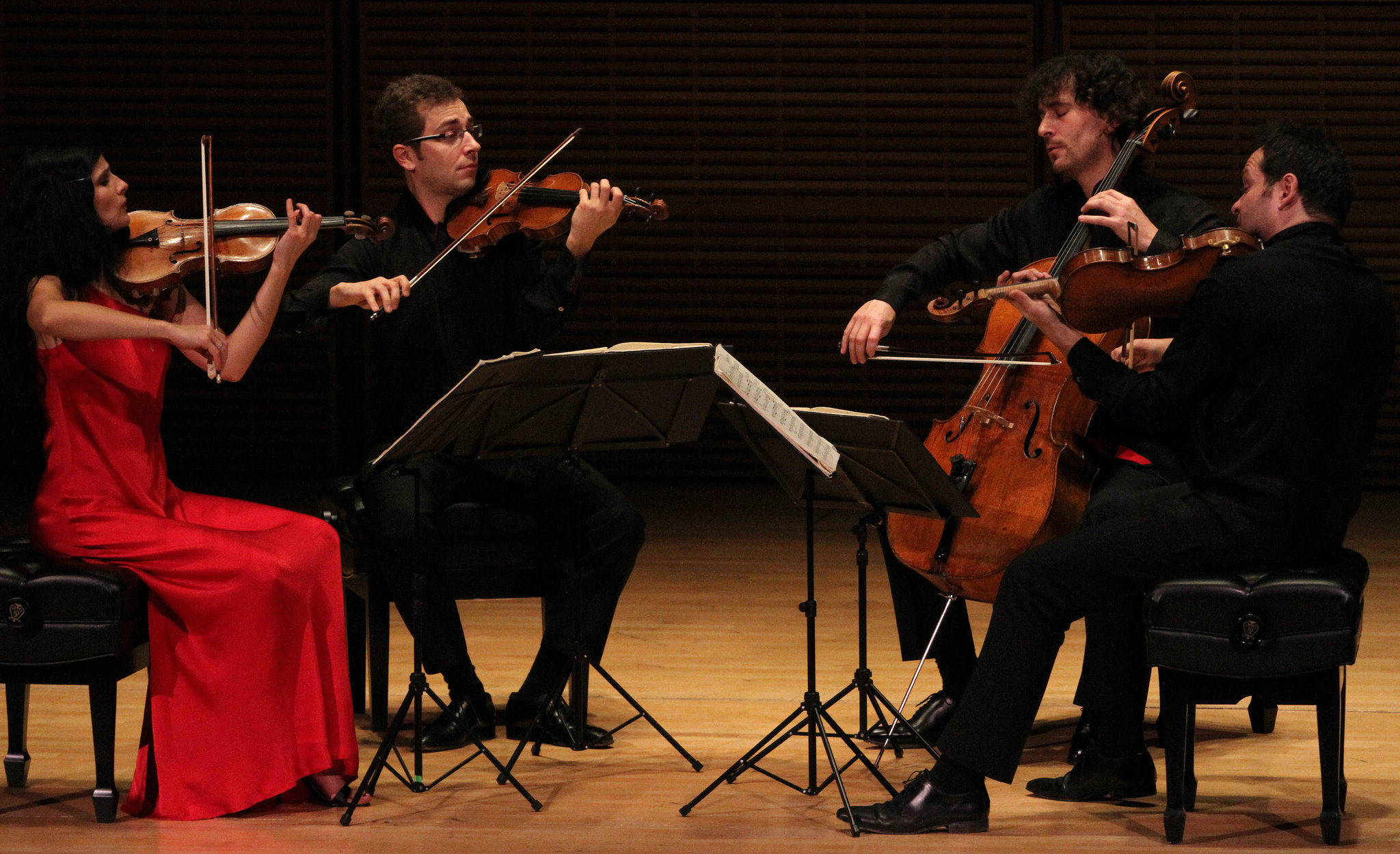 Franz Joseph Haydn has been called the “Father of the String Quartet.” His sixty-eight quartets, written between 1762 and 1803, pushed the genre beyond frothy court entertainment, setting the stage for composers who followed. Haydn’s quartets demand focused, attentive listening. While earlier string quartets often featured a solo first violin and three accompanying voices, Haydn’s quartets unleash a magical dialogue between equal voices, something Goethe described as, “four rational people conversing.” We often think of Haydn as the ultimate musical “tradesman,” cranking out innovate works for his employer, Prince Esterházy. But according to the writer Ron Drummond, Haydn’s quartets were written independently of his court obligations as part of the composer’s dedication to “bold experimentation.” Drummond writes that

the six string quartets of Opus 20 are as important in the history of music, and had as radically a transforming effect on the very field of musical possibility itself, as Beethoven’s Third Symphony would 33 years later.

Let’s listen to one of the most popular works from the Op. 20 set: Haydn’s String Quartet in D Major, Op. 20, No. 4. This is a live concert performance by the Belcea String Quartet. Haydn’s music is often filled with humor in the form of sudden “wrong” notes and shifts in key and dynamics. But here we find a darker, more melancholy side of Haydn. The mercurial first movement (Allegro di Molto) opens with a “short, short, short, long” rhythmic motive. That’s the same rhythm that opens the first movement of Beethoven’s Fifth Symphony, but here it’s slower and in three/four time. In these opening measures, listen to the way the music takes a turn in one direction and then another, as if trying out a variety of possibilities. It’s as if the entire quartet is being composed right in front of us in real time. The opening rhythmic motive is the seed out of which the entire first movement unfolds. You’ll hear it return with almost obsessive repetition. For example, listen to the development section, which takes a sudden, dark turn into unstable territory.

The second movement (Un poco Adagio Affettuoso) is a lamenting theme and variations in the sombre key of D minor. This theme seems vaguely reminiscent of a Baroque melody, but in this movement we also get a glimpse of the Romantic era ahead. This movement rejects the simple balance of the Galant style (popular at the time) and the frivolous showmanship typical of theme and variations in favor of something deeper. In this passage, listen to the way the music seems to cry out as it reaches increasingly higher. Each instrument has an equal role in this dramatic conversation. (The cello’s variation is filled with veiled darkness).

The final two movements are filled with the vivacious and “exotic” undertones of gypsy music. The brief third movement (Allegretto alla zingarese) is in three/four time, but a consistent feeling of two keeps us off balance. The Presto scherzando is a wild gypsy dance. Pay close attention to the quiet, intimate way all of this spirited fun unwinds at the end of the movement.