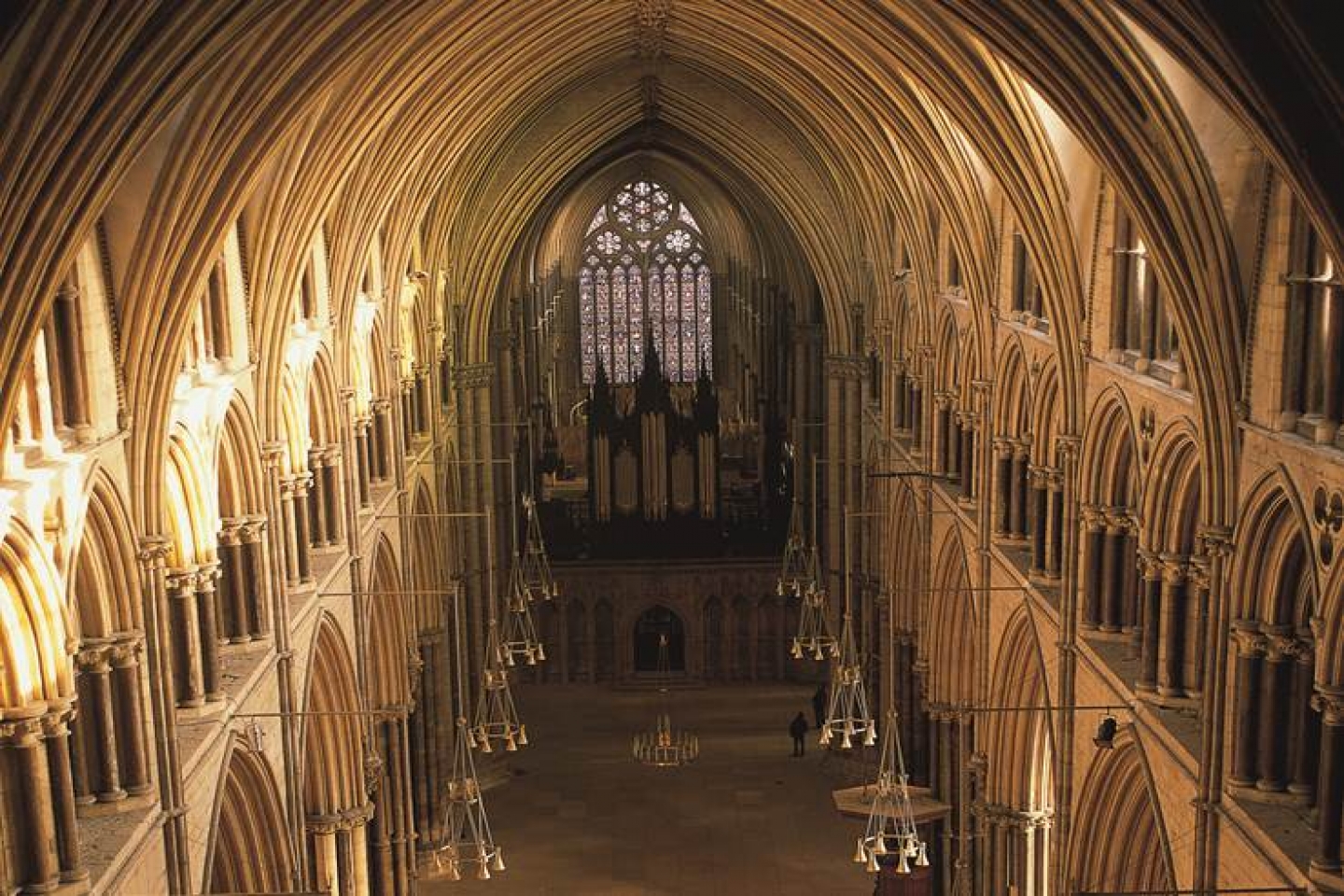 On Monday we listened to Italian baroque composer Arcangelo Corelli’s “Christmas Concerto,” a piece probably performed on Christmas Eve, 1690. Now, let’s go back even earlier to the English Renaissance music of William Byrd (1543-1623). Byrd’s motet O Magnum Mysterium, written in 1607, evokes the mystery and wonderment of the nativity story. It’s music which seems poised somewhere between terror and exultation. Listen to the way the voices imitate one another, gradually unfolding in soaring waves of sound.

A searing intensity characterizes this performance by conductor John Eliot Gardiner and the Monteverdi Choir. It comes from the 1998 album, Once As I Remembered. Listen to the powerful, almost lamenting quality of the rising and falling tenor line just before the final, serene resolution.

In 1563, William Byrd was appointed organist and master of the choristers at Lincoln Cathedral (pictured above) in England’s East Midlands. The Cathedral was constructed in phases, beginning in 1088.