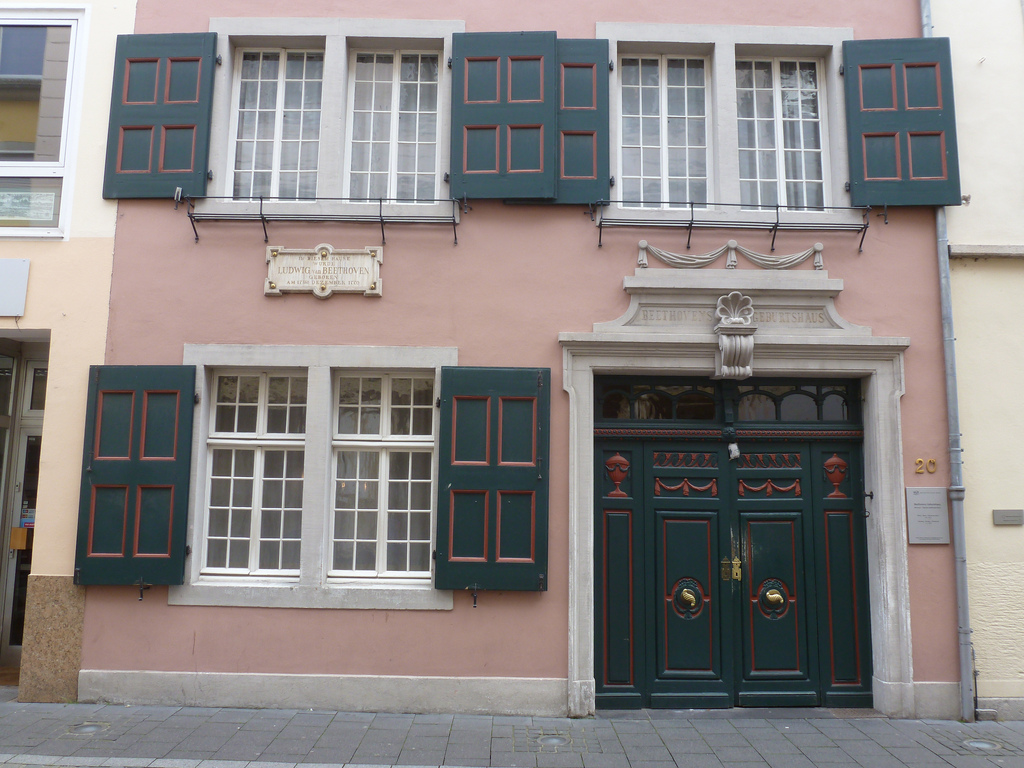 Beethoven was born on this day in 1770. His birthplace in Bonn, the Beethovenhaus, is pictured above. In celebration, here is a fiery performance of the Egmont Overture, Op 84, written to open a set of incidental music for the Vienna premiere of a play by Johann Wolfgang von Goethe (1754-1832). Beethoven received the commission in 1809, around the height of the Napoleonic Wars. In May of that year, Beethoven hid in his brother’s basement during the siege of Vienna, pressing pillows to his ears in an attempt to protect his hearing. The Overture is filled with the revolutionary fervor of the time. It also evokes the heroism of Goethe’s Egmont, a story in which Count Egmont (based on an actual Flemish nobleman) sacrifices his life in the sixteenth century struggle for Dutch independence from Spain. All of the play’s tumultuous drama is there in the music as dark tragedy gives way to a sudden, transcendent burst of euphoria in the coda, complete with triumphant military trumpet calls. The spirited sounds of the piccolo poke through the coda’s final chords. Beethoven was one of the first composers to use the piccolo in symphonic music.

In some ways, Egmont Overture plants the seeds of later Romanticism. For example, this melancholy line, which immediately follows the stern opening chords, suggests the chromaticism and wide leaping intervals we hear in Franz Liszt’s Faust Symphony. According to the rules of classical form, we expect the recapitulation to restate the original music in the home key (in this case, F minor- the same key as the Appassionata Sonata, written a few years earlier). But instead, we get a sudden, jarring modulation to the “wrong” key of D-flat. These far-flung adventures make the arrival home in the “Victory Symphony” coda feel all the more triumphant.

There is a sense of power and weight in this performance by conductor Christian Thielemann and the Vienna Philharmonic Orchestra. Listen to the intense growl which comes from the cello and bass voices: