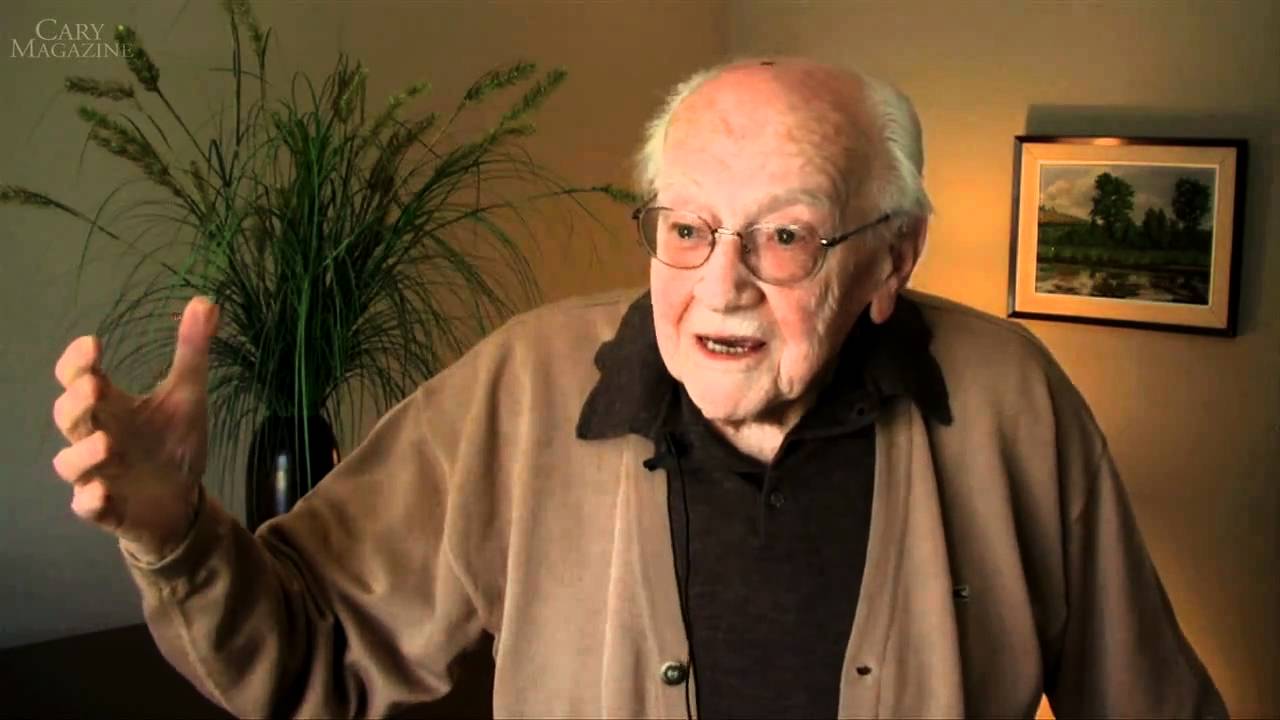 Karel Husa, the influential Czech-born composer and conductor, passed away last Wednesday. He was 95. Husa emigrated to the United States in 1954, became an American citizen a few years later, and served on the faculty of Cornell University for 38 years. His composition students included such illustrious names as Steven Stucky and Christopher Rouse.

Music for Prague, 1968 remains Karel Husa’s best known work. It was a programmatic musical response to the 1968 Soviet military invasion of Czechoslovakia which crushed the Prague Spring democratic movement. Defiant fragments of Czech folk music blend with bird calls, a symbol of freedom and perhaps an allusion to the birdsongs of the Bohemian countryside we hear occasionally in the music of earlier Czech composers like Smetana and Dvořák. Originally written for band and later transcribed for orchestra, Music for Prague, 1968 is set in four movements: Introduction and Fanfare, Aria, Interlude, and Toccata and Chorale. The third movement, which features percussion, is an example of palindrome- music which sounds the same played forwards or backwards. Here are the composer’s program notes:

Three main ideas bind the composition together. The first and most important is an old Hussite war song from the 15th century, ‘Ye Warriors of God and His Law,’ a symbol of resistance and hope for hundreds of years, whenever fate lay heavy on the Czech nation. It has been utilized by many Czech composers, including Smetana in My Country. The beginning of this religious song is announced very softly in the first movement by timpani and concludes in a strong unison Chorale. The song is never used in its entirety. The second idea is the sound of bells throughout; Prague, named also the City of Hundreds of Towers, has used its magnificently sounding church bells as calls of distress as well as of victory. The last idea is a motif of three chords first appearing very softly under the piccolo solo at the beginning of the piece, in flutes, clarinets, and horns. Later it appears at extremely strong dynamic levels, for example in the middle of the Aria movement. Much symbolism also appears: in addition to the distress calls in the first movement (Fanfares), the unbroken hope of the Hussite song, sound of bells, or the tragedy (Aria), there is also a bird call at the beginning (piccolo solo), symbol of the liberty which the city of Prague has seen only for moments during its thousand years of existence.

Here is the original version of Music for Prague, 1968, performed by Harry Begian and the University of Illinois Symphonic Band: