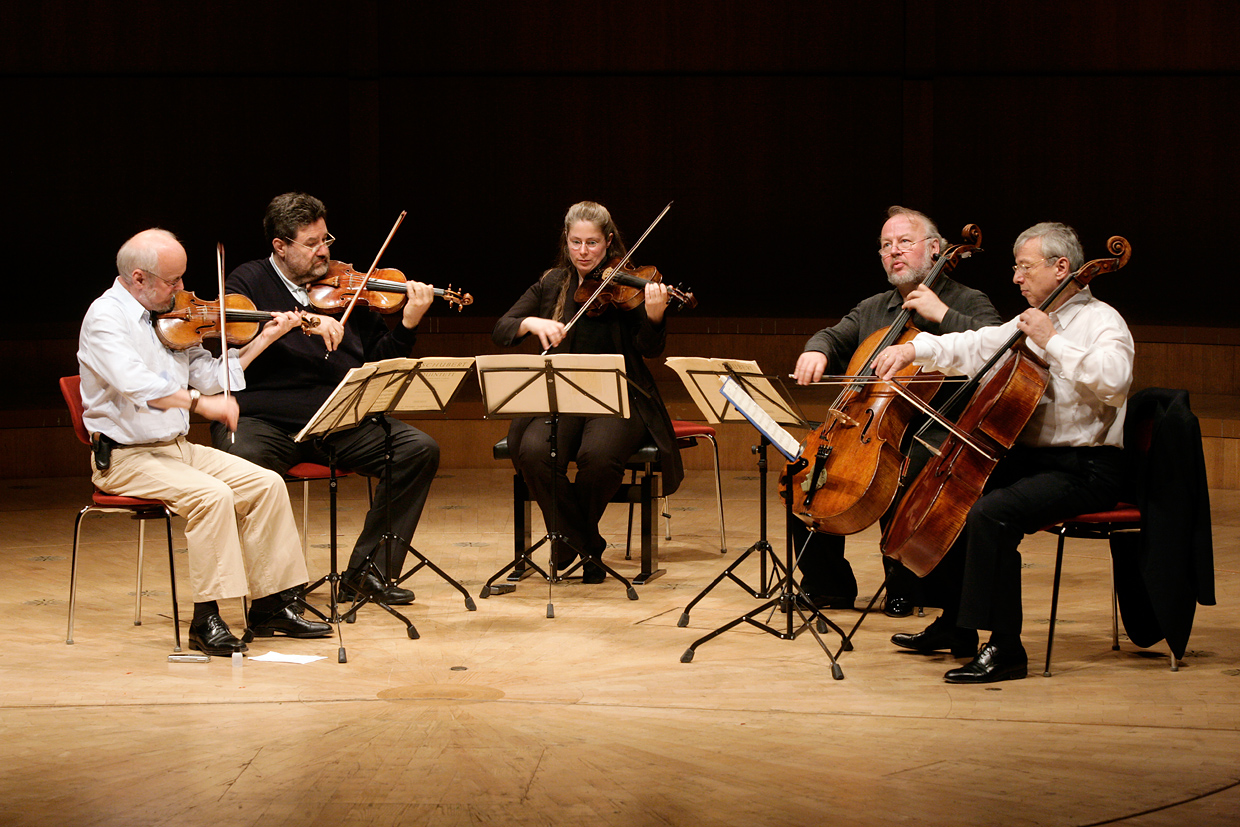 On Monday we listened to a brief sample of recordings by the late cellist Heinrich Schiff. In today’s post, I want to include one more: a soulful 1983 recording of Franz Schubert’s String Quintet in C Major in which Schiff joins the Alban Berg Quartet. The album is listed, deservedly, among EMI’s “Great Recordings of the Century.”

This piece was written in 1828, in the final two months of Schubert’s life, and only received its first performance 22 years later. It’s filled with that sense of revelatory mystery we often hear in the final works of the greatest composers. A lamenting quality lurks amid Schubert’s characteristic songfulness. Sudden modulations, like this magical shift a third away in the first movement, whisk us to a completely new, expressive world. Just as suddenly, there are brief, unsettling turns towards dark ferocity. In his book, Schu­bert: The Final Years, John Reed writes,

There is some­thing espe­cially frag­ile and vul­ner­a­ble about the first ven­tur­ing forth of the roman­tic imag­i­na­tion, of which, in music, Schu­bert is the supreme exam­ple. His music speaks, with a kind of con­sol­ing sad­ness, of a lost world of inno­cence and joy. The strength of his per­sonal vision sus­tained him through a work­ing life­time of fif­teen phe­nom­e­nally pro­duc­tive years, none of them with­out its tally of mas­ter­pieces; and even at the end, plagued as he was by ill-health and dis­ap­point­ment, inspired his most elo­quent and poetic music.

The serene second movement forces us to become one with the moment as time almost seems to stand still. BBC Music Magazine’s review points out one of this recording’s most spectacular moments, which occurs in this movement, as we slip back into the recapitulation:

The Alban Berg Quartet’s account of Schubert’s C major Quintet (with Heinrich Schiff), excellent though most of it is, attains nirvana at the reprise of the main theme in the slow movement, where for once the quiet rustlings of the cello and poignant countermelody in the first violin decorate stasis rather than derail it.

While the string quintets of Mozart and Beethoven doubled the viola, Schubert unleashes a powerful, new, “symphonic” sound by doubling the cello. Heinrich Schiff’s seamless collaboration with the Alban Berg Quartet makes this one of my favorite recordings of this piece: