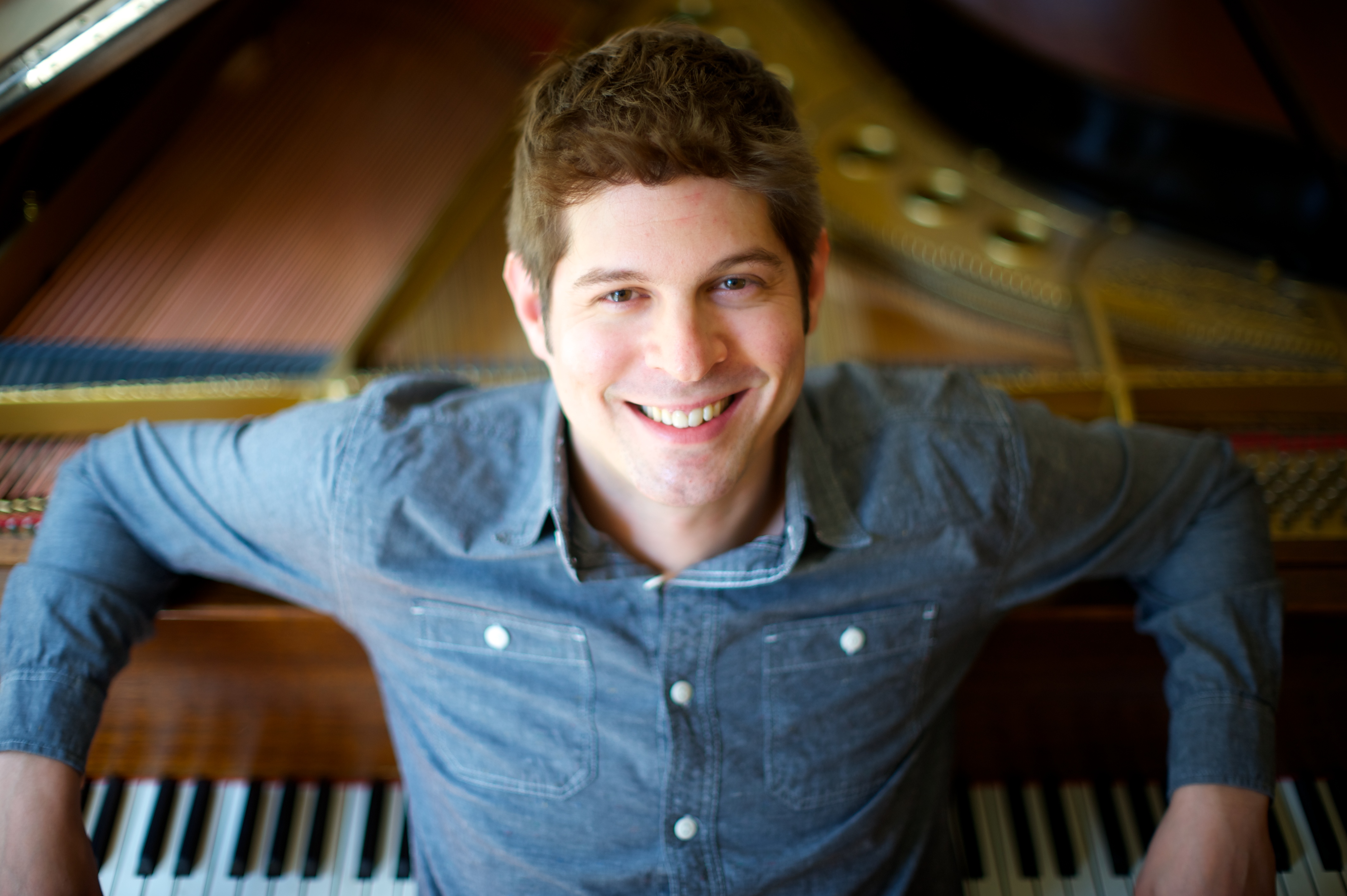 This has to be some of the most playfully exuberant and joyful music ever written.

American composer Adam Schoenberg (b. 1980) wrote Bounce in 2013, after learning that he was about to become a father. In an interview, Schoenberg explained,

The very first word that came to mind, both for the baby and the commission, was ‘bounce.’ It felt playful, innocent, fun, light. And rhythmic.

The piece, which has been described as “Radiohead meets Aaron Copland,” was jointly commissioned by the Aspen Music Festival and School and the Los Angeles Philharmonic. Like much of Schoenberg’s music, it started out as a work for piano. Below, I’ve included the original “piano, four hands” version, performed by Nadia Shpachenko and Genevieve Feiwen Lee. Bounce was originally conceived as part of a children’s ballet score. It came one hundred years after another famous ballet score that began life on the keyboard: Stravinsky’s The Rite of Spring.

After a teasingly sombre opening, Bounce explodes with ebullient, youthful energy. It skips and bounces along as playful, teasing interjections fly back and forth amid occasional giddy practical jokes. In this passage, a thundering classic rock-inspired bass line takes shape. Like all childlike fun, there are moments when the music seems dangerously close to spinning out of control into glorious chaos.

Olive Orchard is the fourth movement of Picture Studies, a piece written in 2012 on the model of Mussorgsky’s Pictures at an Exhibition. It was inspired by Vincent Van Gogh’s painting of the same name at Kansas City’s Nelson-Atkins Museum.

Here is the original piano version from the same recording featured above: