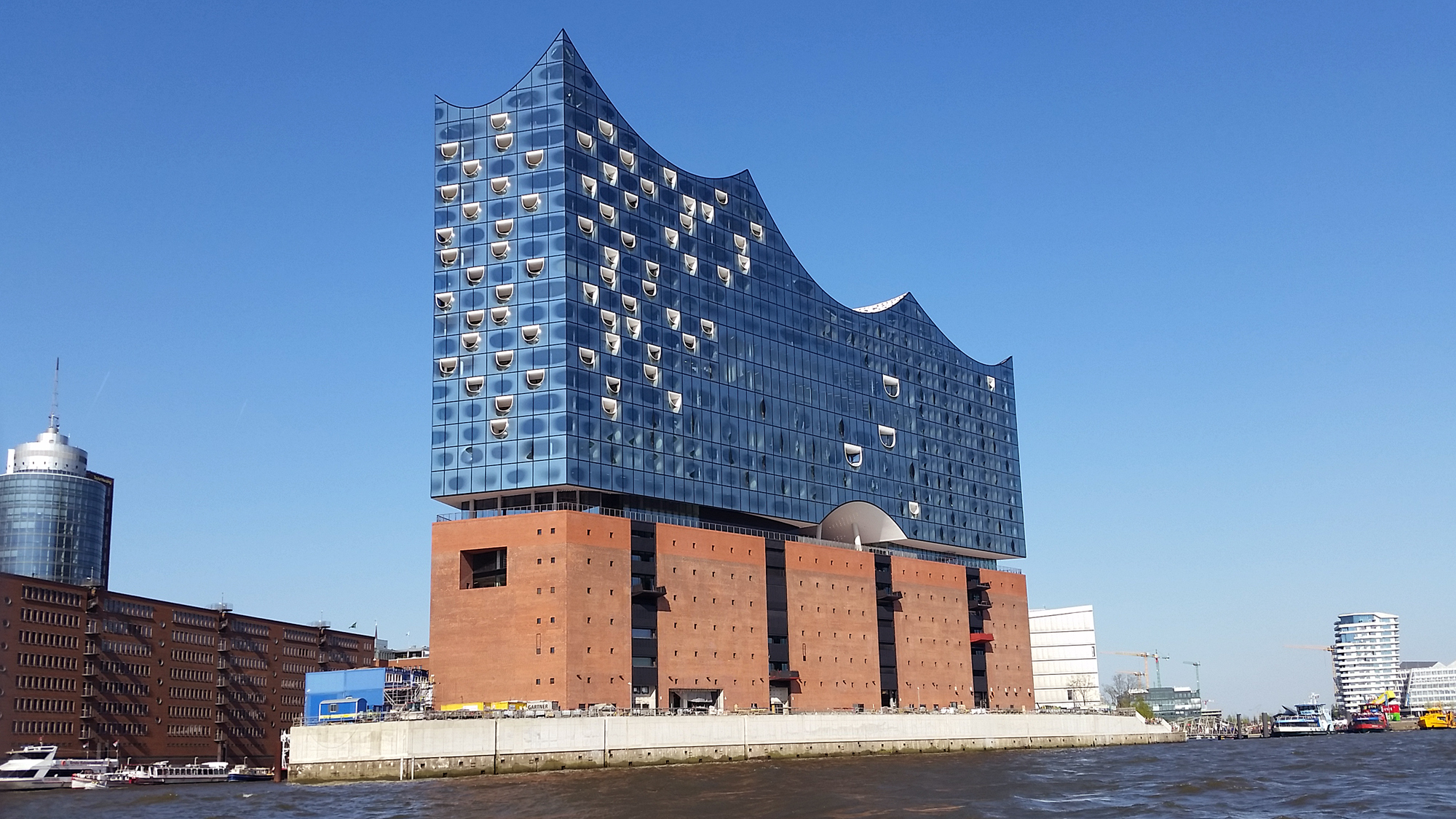 This enigmatic line from Wagner’s Parsifal suggests the transcendent nature of the 1882 work, which dramatizes a twelfth-century knight’s quest for the Holy Grail. Parsifal goes beyond opera, transporting us into a mystical new realm. Foremost, it’s an experience.

Appropriately, this line became the theme for last week’s inaugural concerts of Hamburg’s spectacular, new Elbphilharmonie- the long-anticipated home of the NDR Sinfonieorchester (North German Radio Symphony Orchestra), now renamed the NDR Elbphilharmonie Orchestra. In a post earlier in the month, we listened to an old concert clip of this great orchestra playing Bruckner’s Eighth Symphony with its longtime Principal conductor, Günter Wand.

Designed by the Swiss architectural firm, Herzog & de Meuron with renowned acoustician, Yasuhisa Toyota, the 26-story, 110-meter Elbphilharmonie is Hamburg’s tallest inhabitable structure. Its wave-like crystalline form soars above Hamburg’s harbor, constructed over the base of an existing brick warehouse. The complex includes the 2,100-seat main concert hall, featuring a 69-regiester pipe organ and close, in-the-round seating, as well as a recital hall. A double layer of insulation makes the rooms completely soundproof while a snake-like interior skin of grooved gypsum-fiber panels optimize the sound. You can see closeups of these panels in the video below. Other amenities include restaurants, luxury apartments and a Westin hotel. Following years of delays and cost overruns, the Elbphilharmonie appears poised to become one of Hamburg’s most recognizable landmarks. It took its place on the skyline with this elaborate light show.

The Elphilharmonie’s inaugural concert demonstrates how satisfying a concert menu of dramatically contrasting music can be, especially when experienced without the interruption of applause:

When Parsifal was first performed at Bayreuth, Wagner insisted that the audience not applaud until the end of the opera. When the end came and the audience, fearful of invoking Wagner’s wrath, failed to applaud, Wagner complained, “Now I don’t know. Did the audience like it or not?” Wagner was so protective of Parsifal as a transcendent “experience” that he refused to allow it to be performed outside of Bayreuth, except for a private Munich performance for King Ludwig II. Silence is as important as sound in the Overture to Parsifal. Listen to the way this music, which quotes the distinctive “Dresden Amen,” gradually develops in majestic sonic waves.

On the second half of the program, the Parsifal’ Overture’s final dominant chord resolves into the world premiere of Wolfgang Rihm’s song cycle, Reminiszenz (11:25). The program ends with the ultimate music of celebration: the “Ode to Joy” final movement of Beethoven’s Ninth Symphony (31:37):