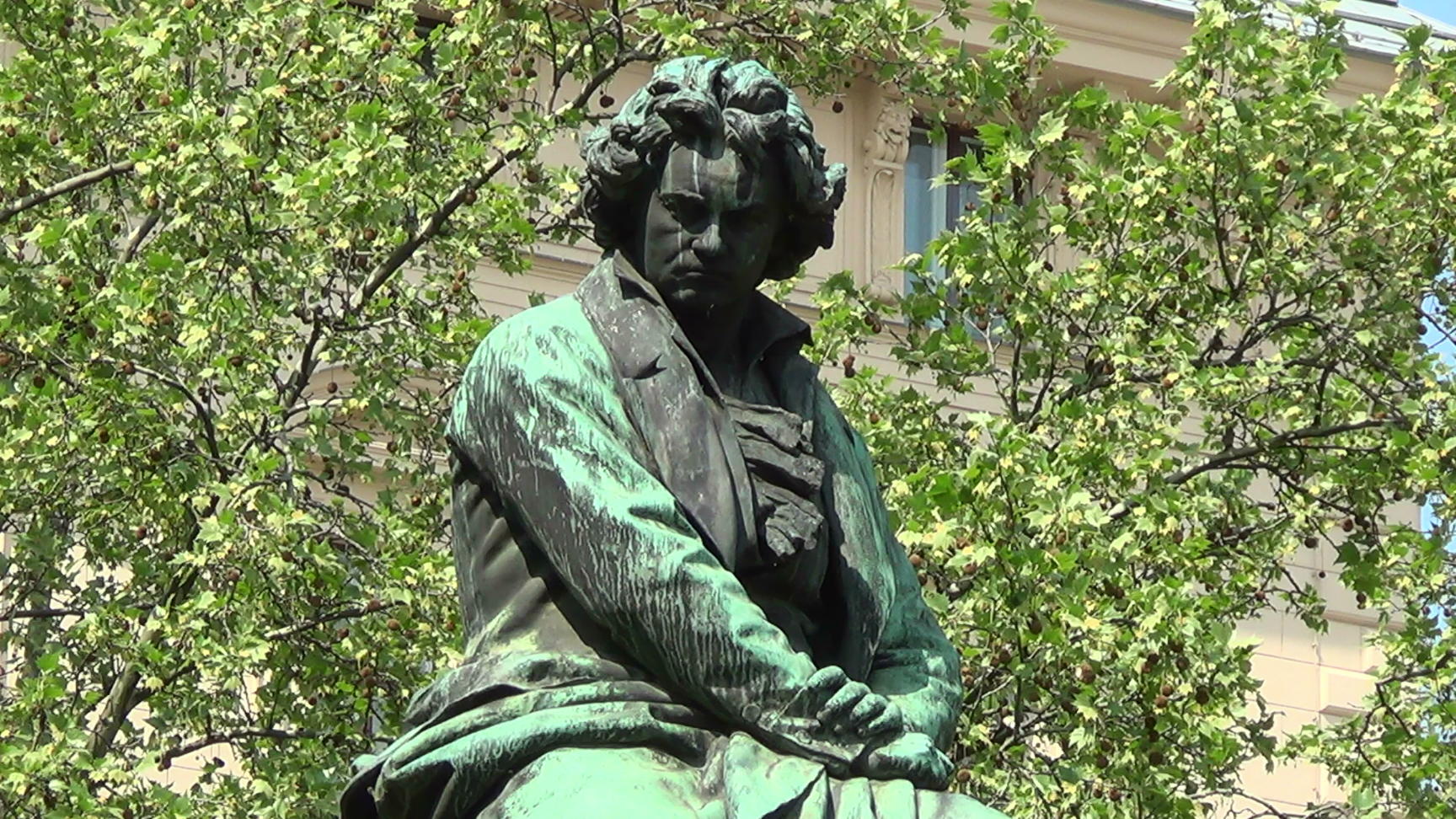 When it came to writing symphonies, Beethoven seems to have ascribed to the wisdom of moderation. Beethoven’s odd numbered symphonies (especially, beginning with the Third) were big, heroic game changers. The first audiences must have been stunned by their bold innovations and their often ferocious, titanic energy. By contrast, the often-neglected even numbered symphonies are sometimes described as more “classical.” They open up a strikingly different, but equally thrilling, world.

One of the most prominent examples is the Eighth Symphony. Even at its Vienna premiere in February, 1814, the Eighth was overshadowed by the Seventh, which was performed on the same program along with the bombastic Wellington’s Victory. According to the leading periodical of the time, the Leipzig Allgemeine musikalische Zeitung:

The applause that it received was not accompanied by the enthusiasm which distinguishes a work that gives universal delight; in short—as the Italians say—it did not create a furor. The reviewer is of the opinion that the reason does not lie by any means in weaker or less artistic workmanship (for here as in all of Beethoven’s work of this kind there breathes that peculiar spirit by which his originality always asserts itself); but partly in the faulty judgment which permitted this symphony to follow the [Seventh in] A major. … If this symphony should be performed alone hereafter, we have no doubt of its success.

Beethoven had a great fondness for the Eighth Symphony, which he called, “my little Symphony in F” as a way of distinguishing it from the longer Sixth (“Pastoral”) Symphony, set in the same key. When his student, Carl Czerny asked why the Seventh was more popular, Beethoven replied, “because the Eighth is so much better.” The response must have been tongue-in-cheek. Yet there’s a spirited sense of daring in the Eighth Symphony that makes it a uniquely thrilling ride. It’s filled with crazy humor- perhaps a nostalgic look back at the jokes of Haydn. At the same time, it pushes forward into inventive, new formal territory. The zaniness of this buoyant, compact music gives no hint of Beethoven’s darkly complicated personal life at the time: the anguished “Immortal Beloved” letter terminating a relationship with a still mysterious woman, poor health, as well as concern over his brother Johann’s love life.

You could say that the first movement’s beginning is in its ending. Boisterous and jovial, it thunders to life with the exact six-note phrase which closes the movement. Soon, individual voices, each evoking a distinct persona, emerge and converse. (Listen for the prominence of the bassoon throughout the Symphony). One of the most amazing moments in this opening movement comes after the dizzying adventures of the development section, when we return home at the recapitulation. Listen to the jubilation of this blazing, climactic moment. It’s marked, fortissimo, the loudest possible dynamic and one Beethoven rarely uses. You’ll hear the opening melody charging forward in the low strings, almost drowned out by the rest of the orchestra which is riding a thrilling harmonic wave.

The second movement may remind you of a comic, perhaps buffoonish, character from a Rossini opera. A true adagio “slow” movement is what we would expect to hear at this point. (Beethoven sketched one, but abandoned it). Instead, we get something much more perky and mischievous. There’s an erroneous story that this movement’s persistently chirping “tick-tock” rhythm (not far off from Haydn’s “Clock Symphony”) is a parody of the metronome, invented around this time by Beethoven’s friend, Johann Maelzel.

The third movement- Beethoven’s only symphonic minuet- provides another nostalgic glance back at Haydn. But this minuet trades Haydn-esque charm for something bigger. Listen to the sudden jabs on unexpected beats, especially in the tympani, and the unending conversation between instruments. Stravinsky called the trio section “incomparable instrumental thought.”

The final movement is an exhilarating musical romp, filled with jokes in the form of erratic key changes, sudden silences, and the intrusion of a wildly out-of-place, reoccurring C-sharp. This rogue C-sharp is more than just a mischievous, momentary troublemaker. It foreshadows an attempted hostile takeover by F-sharp minor, a key which is only a half step away from the Symphony’s home key of F major, but harmonically remote. As the dominant, C-sharp is the pitch that most wants to pull to F-sharp. It’s like a dormant virus, lurking just beneath the surface. Listen to the way this conflict creates a dramatic breakdown before F-sharp is finally “hammered” down to the “correct” key of F. The spirited playfulness of the final bars brings the Eighth Symphony to a uniquely magical close.

Here is Herbert Blomstedt’s 1976 recording with the Staatskapelle Dresden Orchestra: